There’s much to like than dislike about the budget-priced LG 50UN70006LA. The set delivers decent 4K picture quality, its upscaling of sub-4K is reasonably solid, plus gaming performance is excellent too. There’s no support for Freeview Play, however, so you'll need to look to streaming sticks if you’re after the likes of ITV Hub and All4.

The company has gone big on its OLED and NanoCell TVs in recent years, but still caters to the lower end of the market with its UHD TVs. If you’re after a smart 4K TV at a price that won’t make your wallet howl in pain, the UN70 is likely where you should focus your attention.

It’s in close competition with Samsung’s TU7020, a budget TV we liked. How does the LG UN70 compare?

The LG UN70 went on sale ahead of Black Friday 2019 for an RRP of £449. This model is only available in the UK, though there is a UN70 for the US market with a slightly different design and spec.

Of the cheap TVs I’ve tested recently, the LG UN70 is the set that most wears its budget price on its sleeve. The plastic build doesn’t give the best impression of durability, and with connections located at the centre of the rear panel, I’d imagine it would be slightly awkward to reach them if the TV were wall-mounted. 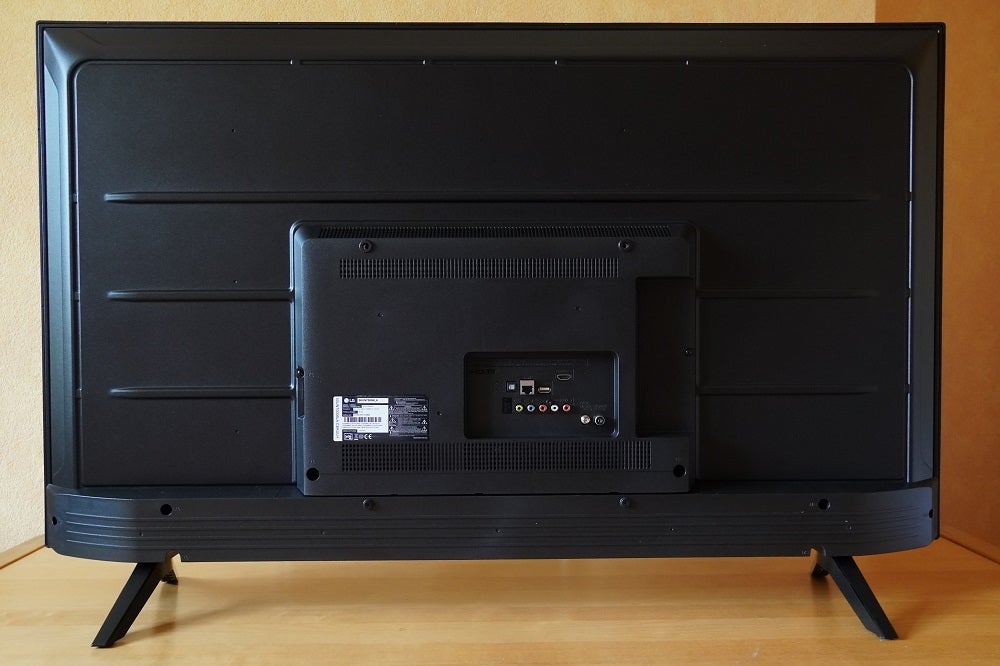 On a positive note, it’s at least easy to assemble. Pop in the legs, tighten the screws and it’s ready. The feet lie at either end of the unit and elevate it high enough (7cm) to slot in a soundbar beneath without obscuring the IR sensor. 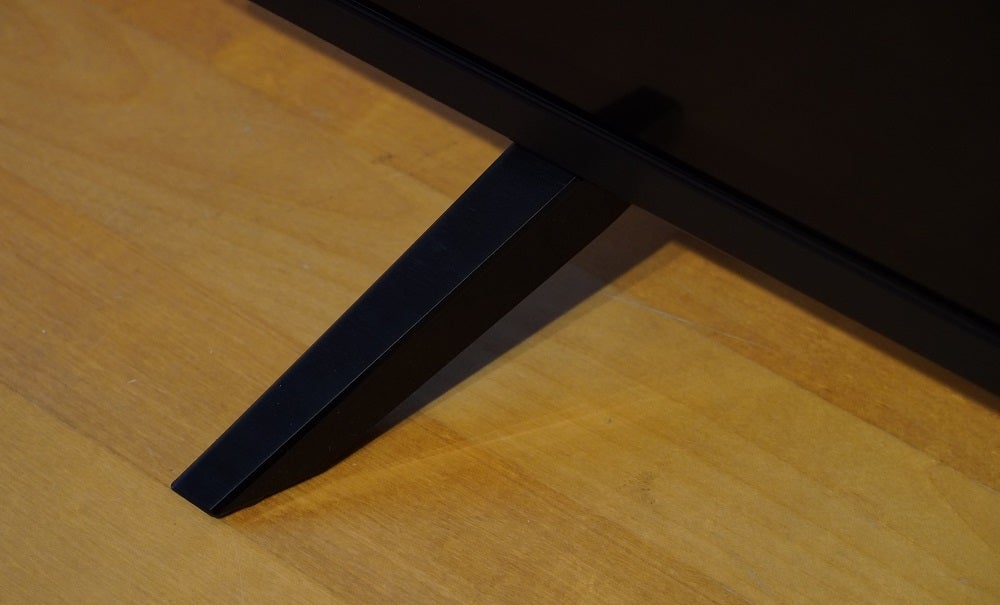 Only a standard remote is supplied in the box, not the Magic Remote found on higher-end TVs. It’s a decent handset with buttons that are well spaced, including hotkeys for Netflix, Prime Video and a Movies button that opens up Rakuten TV. The main issue is responsiveness: presses can feel on the spongy side. 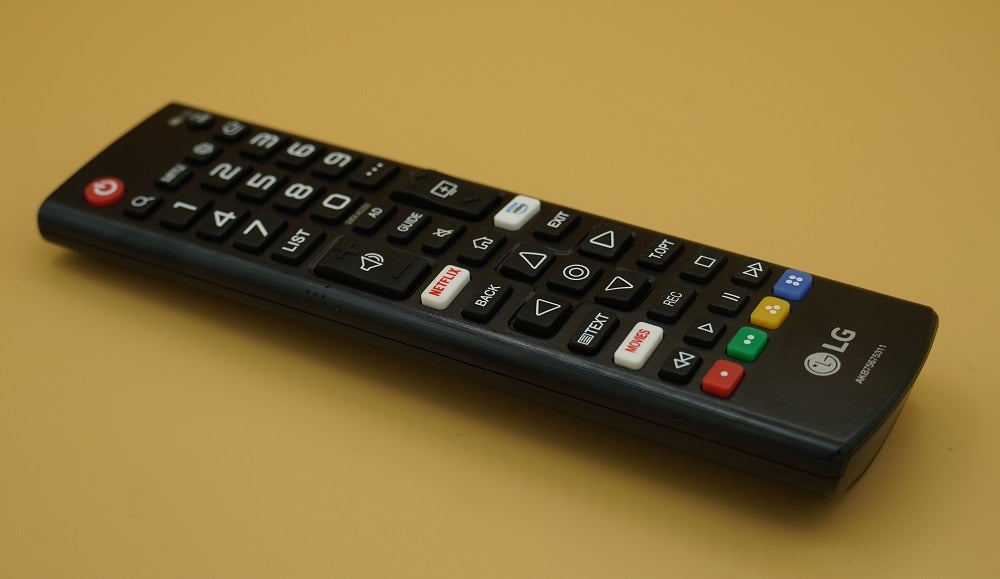 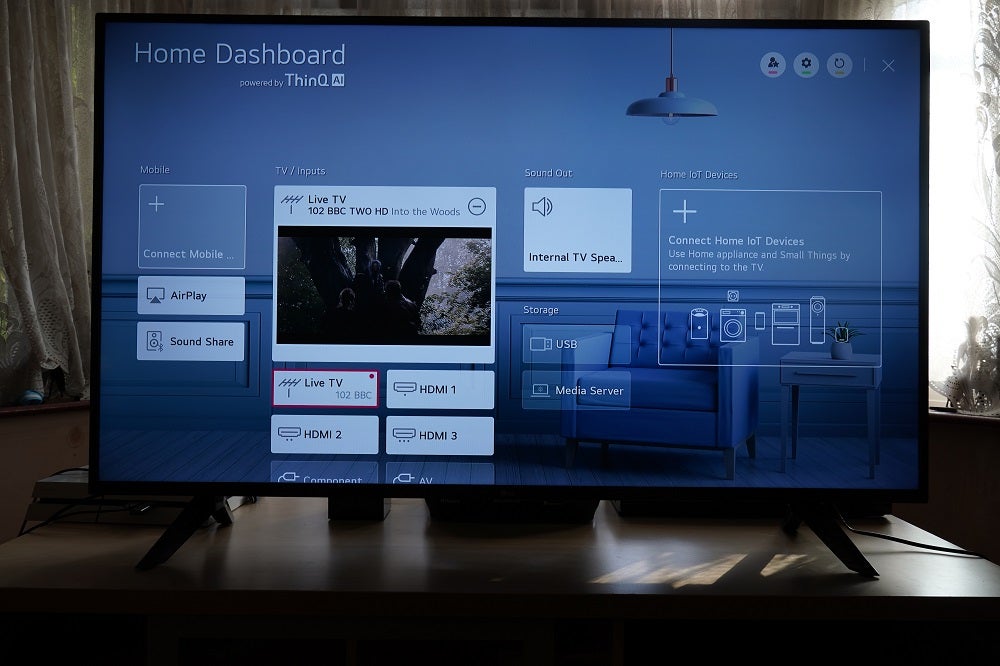 LG’s webOS 5.0 interface features access to settings and SVOD (subscription video-on-demand) apps such as Netflix, Apple TV, Disney Plus and iPlayer. I found it responsive enough, but the initial bringing up of menus can be slow. ThinQ AI brings control over other IoT (Internet of Things) devices in the home to one central hub, as well as keeping track of the various inputs (wired and wireless), which includes Apple AirPlay and HomeKit. 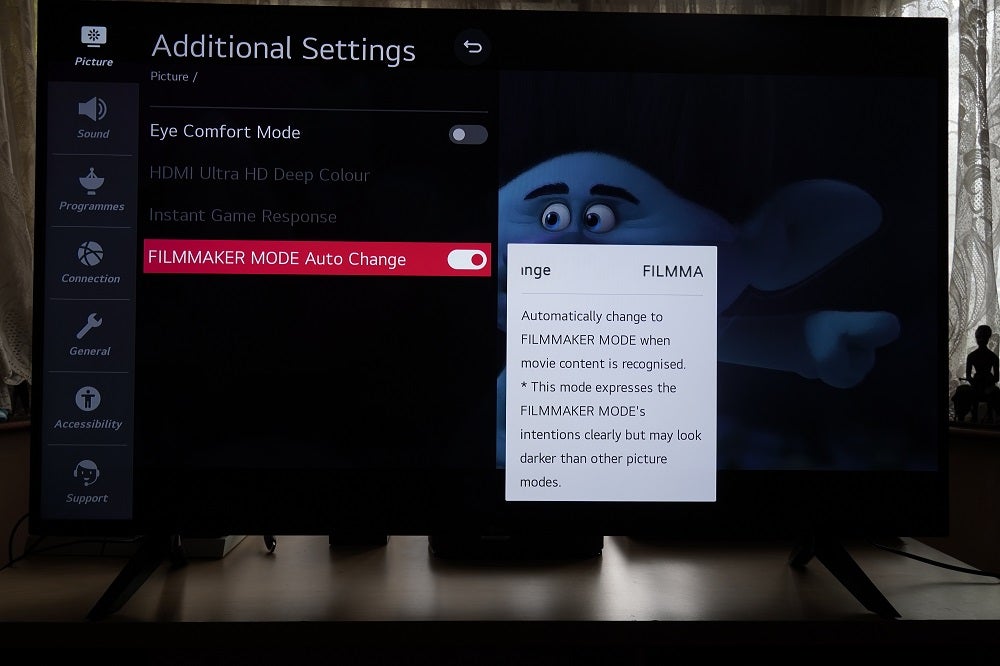 You won’t find the rest of the UK catch-up apps on this or any 2020 LG TV. Freeview could return in 2021, but for now you’d need a streaming device/stick to access All4 and My5. There is Filmmaker mode, which turns off processing to respect the original creative intent of a film.

The UN70 has three HDMI 2.0 inputs (HDMI 2 supports ARC), two USBs, an Ethernet port, composite in, component, optical out, common interface slot, a terrestrial and satellite tuner. Wireless connections include Wi-Fi and Bluetooth 5.0. Nothing out of the ordinary here. 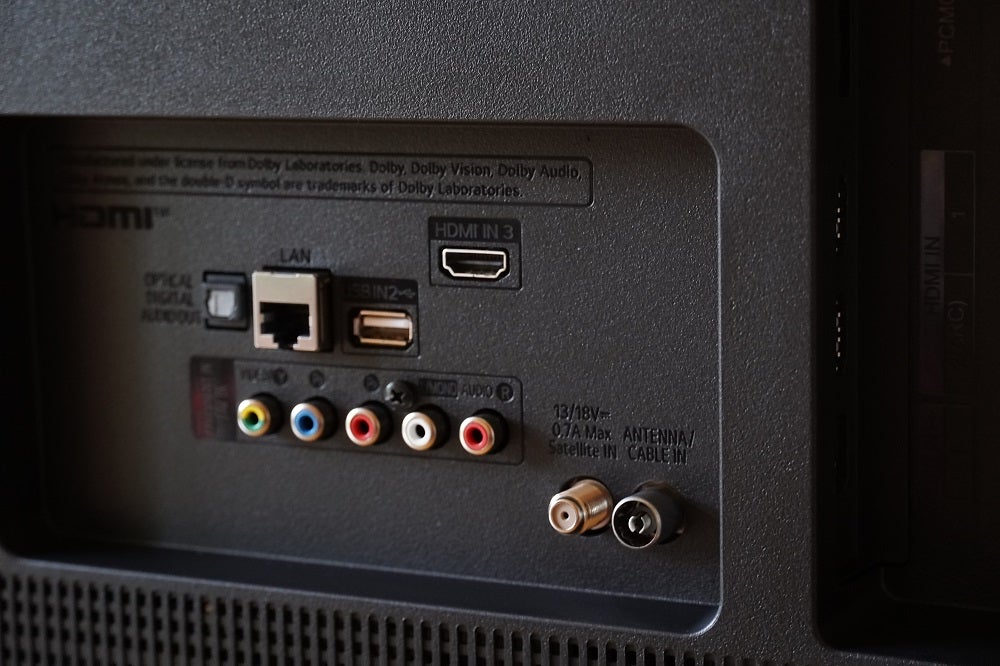 With flat-screen TVs delivering, well, flat performances, the Bluetooth Surround Ready feature aims to expand the TV’s sound by adding two compatible speakers of the same model – such as the Xboom Go PL7 – as rear speakers.

In terms of gaming, while the UN70 lacks AMD FreeSync or Nvidia G-Sync, which are available on the more high-end sets, there is ALLM for automatically sending the TV into Game mode. Latency is 10.5ms, which is better than the 13ms I recorded from the LG CX OLED.

The closest rival to the LG that I’ve tested is the Samsung UE50TU7020. Comparatively, the LG 50UN70006LA is better in some ways and not as good as the Samsung in others.

Upscaling is one area where it isn’t as strong. Flicking through daytime TV picture quality looks fine, displaying decent clarity and detail. But on closer inspection the image lacks a degree of sharpness. SD isn’t too bad, but you’ll want to stick with the brightness, clarity and detail that HD programming offers on the UN70. 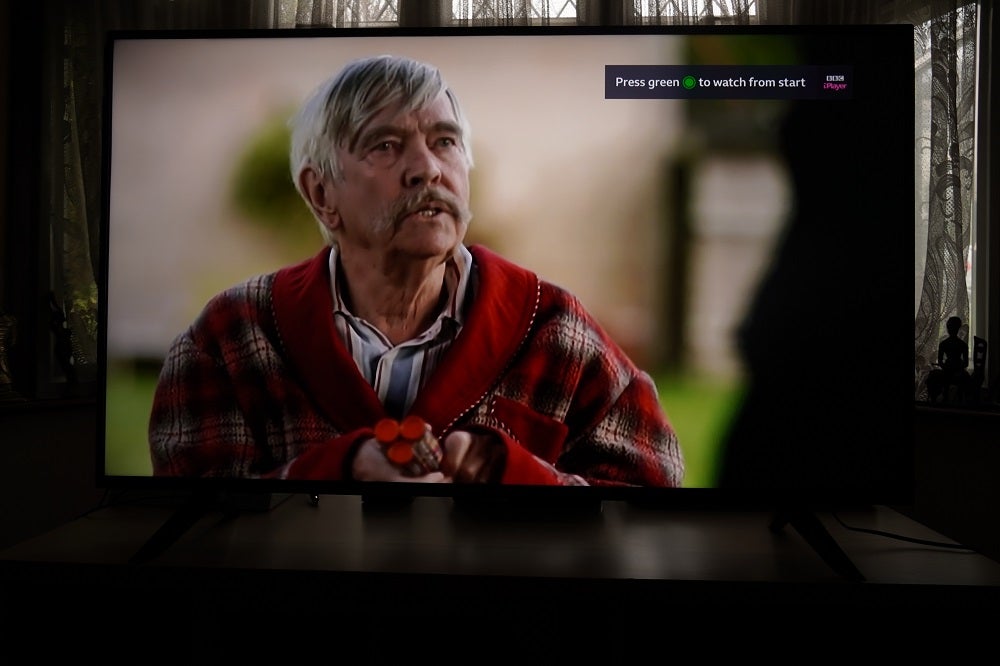 Colours are naturally conveyed and skin tones are portrayed convincingly, too, with a distinct difference between warmer, darker and fairer complexions. The Standard preset is best for daytime TV, although it’s only slighter brighter than Eco mode. Vivid deploys bright, punchy colours, but does so at the cost of detail. 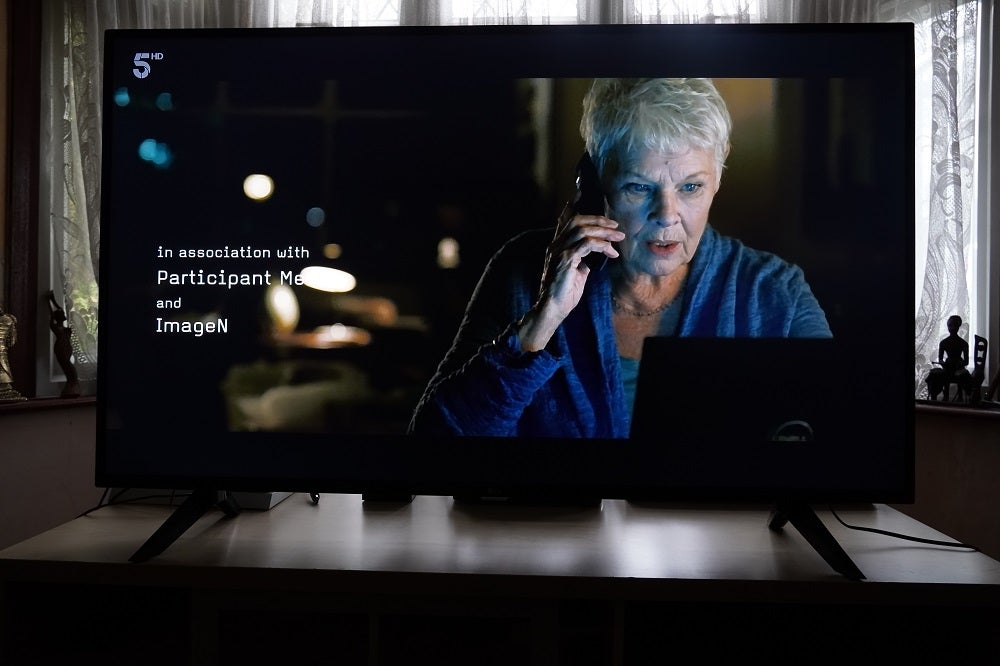 Despite LG claiming to offer wide viewing angles with the 50UN70006LA, I’d rate them as just moderate. You don’t have to go far off-axis for washed-out colours, a drop in black levels, and some slight blooming to appear. I find black levels aren’t as consistent as the Samsung; while Batman’s suit in Batman Begins offers solid black depth, watching Dunkirk on iPlayer, the night-time scenes are better conveyed on the UE50TU7020. Both TVs are imperfect in terms of black levels, but the Samsung is more consistent. 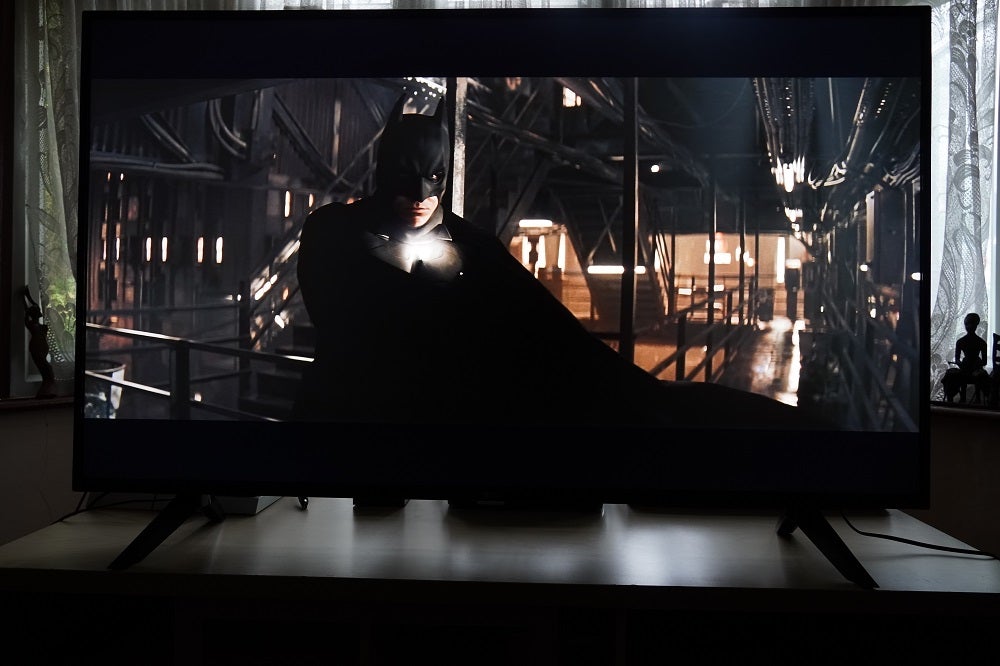 Having settled on the Home Cinema Clear preset, the UN70 produces a very good image. Watching Avatar (Blu-ray), the LG impresses with the detail it finds, the clarity it offers, and the way it describes Pandora’s colourful landscape. 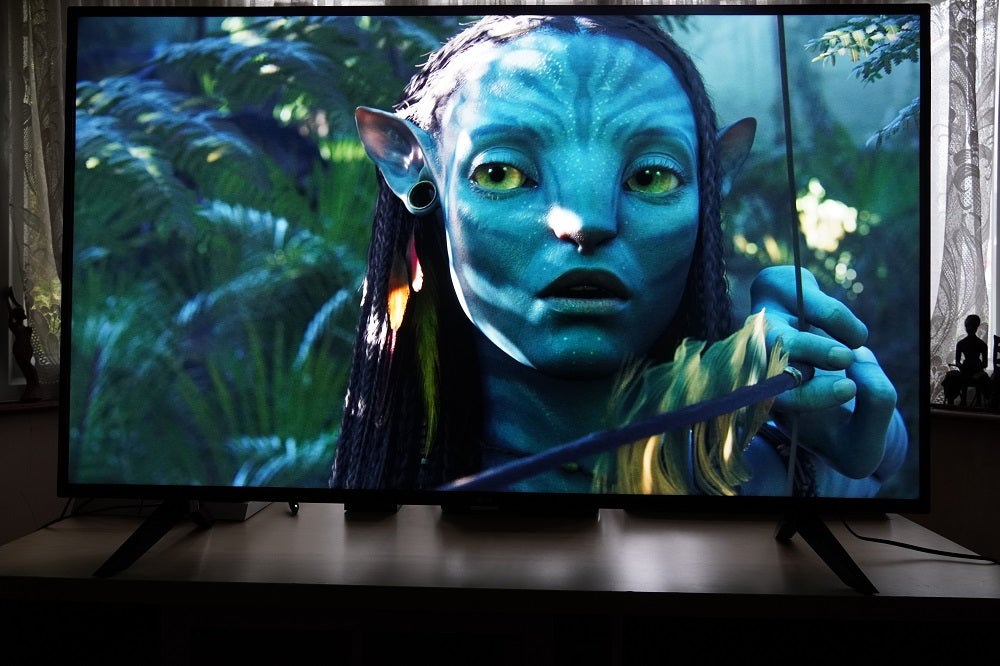 In terms of HDR, the LG has HDR10, HLG and the HGiG gaming profile – and it’s noticeably brighter than the Samsung. The blue of the sky and English Channel in Dunkirk (4K Blu-ray) has more vibrancy, and the whites of clouds look brighter on the LG. In Interstellar (4K Blu-ray), the LG is again more colourful – but to my eye the Samsung looks more defined. 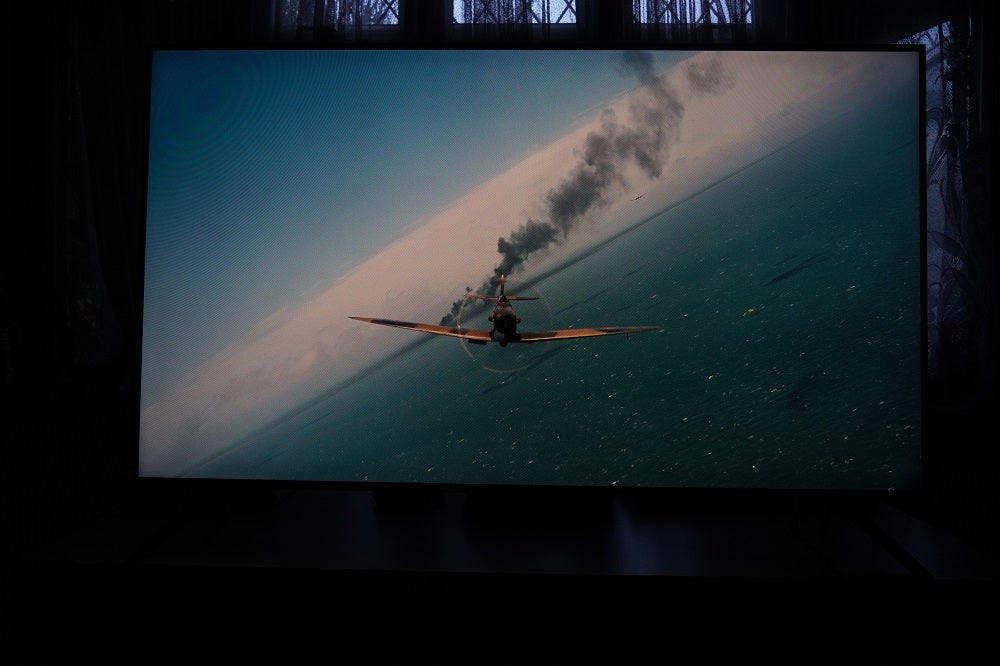 The TV’s handling of motion is better than expected. With it set to Natural, it avoids the soap opera effect or jerky motion watching His Dark Materials in 4K HLG. When Lyra visits the Pitt-Rivers Museum, the setting is presented in a rich, saturated and detailed way – perhaps a sign of LG’s HLG Pro in action, which like its HDR10 Pro is added on top of the HDR signal to better tailor it for the TVs. Skin tones do look over-emphasised, but the image is nevertheless attractive.

The only slight issues I spotted were some slight stutter with Succession (720p, Now TV) and some wonky edge definition around objects in His Dark Materials. Otherwise, the set’s handling of motion is pretty robust. 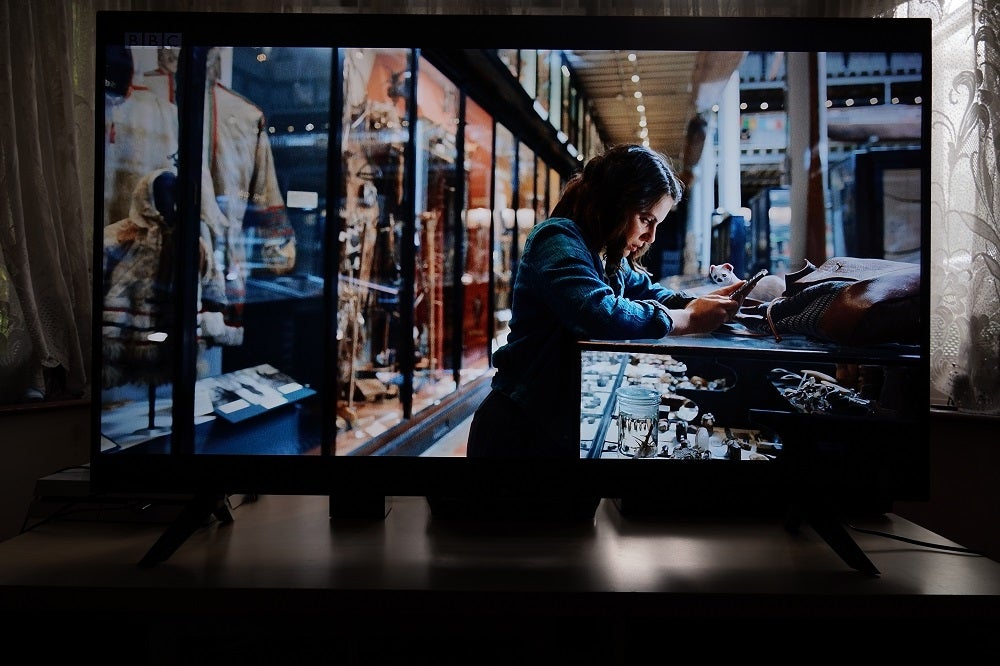 With HGiG, the TV’s HDR gaming performance betters that of the Panasonic TX-50HX600. Despite its limited brightness, HDR games such as Horizon: Zero Dawn look great with good detail in the dark parts of the image. Even with non-HDR games such as Halo 5: Guardians, it puts on a colourful show. 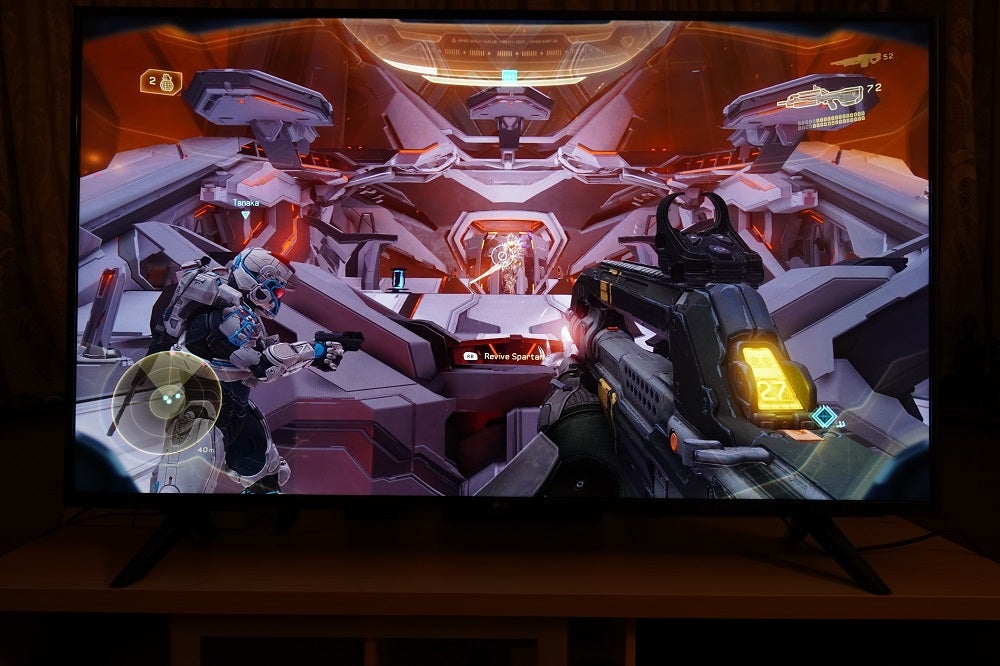 LG UN70 sound quality – Fine for daytime TV, but you’ll want to boost it with a soundbar

As expected, the set’s 2 x 10W speakers are merely serviceable. Dialogue reproduction is the focus of the TV’s efforts, clearly presented and with decent detail. Cinema mode offers a bigger soundstage and lifts voices to greater prominence, but Standard is likely the best bet for daytime TV. I find with AI modes that the emphasis on dialogue doesn’t make for the most balanced presentation, and so its the case here.

The LG can go loud but it isn’t great when it does, and the bass performance is timid. In a nutshell, a soundbar would improve it.

The LG UN70 offers consistently colourful images, making it a viable option for those looking to spend little.

With 10ms latency and the HGiG HDR gaming profile, gaming not only looks good but is responsive, too.

LG’s UI is always slick to use and you also get plenty of SVOD apps; good, if you subscribe to the likes of Apple TV+ or Disney+.

LG’s 2020 TVs don’t support it. BBC iPlayer is present but the rest are still MIA.

The UN70 isn’t bright enough to showcase the best of what the format can do.