With all the shiny new 2011 TV models waiting in the wings, there are some remarkable bargains to be had on 2010’s ranges if you’re willing to sniff them out. But no other potential bargain we’ve seen quite compares with LG’s 50PJ350. 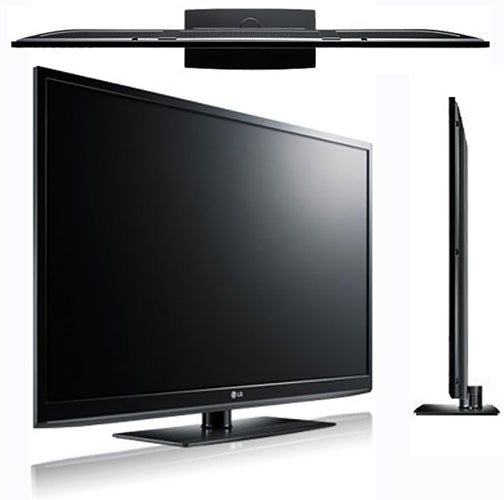 With a price as low as this, it probably doesn’t matter if the 50PJ350 is actually any good or not. There will surely be plenty of people out there unable to resist the simple screen size/cost equation, no matter how iffy the TV’s performance standards might turn out to be.


If you’re taking the time to read this review, however, chances are you’re a bit more discerning than your average impulse bargain buyer. So while we must always have the 50PJ350’s truly remarkable price in the forefront of our mind throughout this review, we will certainly be keeping a sharp eye out for the inevitable compromises LG must have made in order to put together the set so cheaply. 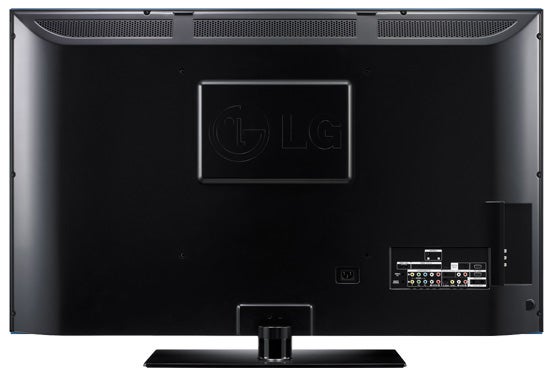 It’s also no surprise that the 50PJ350 doesn’t sport a Freeview HD tuner – just a standard definition Freeview one. Furthermore, the set only boasts two HDMIs, and doesn’t go nearly as big a bundle on multimedia features as most LG sets; there are no online services, and the only files a single provided USB port can handle are JPEGs and MP3s. Video playback from USB is not on the menu.


There is one area where the 50PJ350 is impressively well specified, though: picture setup tools. In fact, the set carries a couple of ISF picture preset slots – where ISF stands for, of course, the independent Imaging Science Foundation, which only lends its name to TVs it deems flexible enough to be professionally calibrated by one of its trained engineers.

If you select one of the ISF presets, you ‘unlock’ an Expert mode that gives you control over such calibration-friendly tools as 2-point and 20-point colour temperature adjustment, and a colour management system that includes the facility to adjust the contrast and brightness of the RGB picture elements, plus the colour and tint of the RGBCMY elements.


This is all very impressive – and ambitious – stuff for LG to include on such a price-conscious TV, and it makes us wonder more than ever why more rival brands don’t court ISF support.


Also surprising to find on a TV as cheap as the 50PJ350 is its ‘600Hz’ technology (actually a sub-field drive system rather than a full 600fps refresh rate) to boost motion clarity, 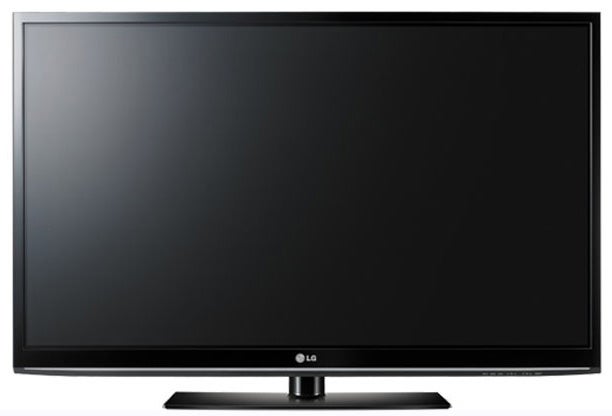 As with all LG’s current TVs, the 50PJ350 is impressively easy to use. It retains the same excellent high def onscreen menu system found on sets way higher up the brand’s range, and the layout of the remote is more effective than most. The way the programme-shift and volume buttons are placed across a little mound and the surprising effectiveness of the concentric button array at the remote’s heart both suggest that LG has spent lots of time refining the remote to make it more comfortable, ergonomic and intuitive.


Finally on the ease-of-use front, the 50PJ350 ships with LG’s neat little Picture Wizard, which hand-holds you through a sort of mid-level calibration procedure via a selection of test screens.


One last thing to mention about the 50PJ350 is that it’s startlingly well built and good looking for such an affordable big-screen TV. The only negative about its design is that its screen looks glassy, meaning it can reflect light from your room.


The 50PJ350’s pictures are, to some extent, a function of its price. Particularly evident right from the off is the rather soft feel to HD material versus most of the TVs that have come through our doors recently. A screen as large as this will, of course, reveal the 50PJ350’s step down from the usual full HD resolution to 1,366 x 768 pixels. But the lack of definition in HD material seems to go beyond just the lack of a 1,920 x 1,080 pixel count, suggesting that the 50PJ350‘s image processing is far from LG’s most accomplished system.


Having said that, standard definition pictures are actually upscaled to the HD pixel count reasonably well, at least in that they don’t look horrendously soft or noisy. The only disappointment concerns colours, which feature some quite odd-looking tones. Reds, in particular, have that distinctly orangey look to them that’s so familiar from plasma TVs of a couple of generations ago. Though to be fair, this isn’t accompanied by the slightly ‘radioactive’ greens that also used to be a common plasma complaint.


Another old-school issue that affects the 50PJ350 is a slightly yellowy tinge to whites.

It’s fair to say, then, that the 50PJ350’s pictures are far from classics. But they do benefit from a couple of key benefits related to its use of plasma rather than LCD technology. Black levels, for instance, are reasonably deep while still delivering good shadow detail. We’re not talking about anything even close to the black levels produced by Panasonic’s best plasmas, or even LG’s own top-end plasmas. But within the context of its price point, dark scenes certainly look more watchable than they would on arguably any really big LCD-based screen at a similar price level.


This dark scene advantage is reinforced, moreover, by the fact that the image doesn’t lose contrast like most LCD TVs do if you have to watch the TV from an angle. 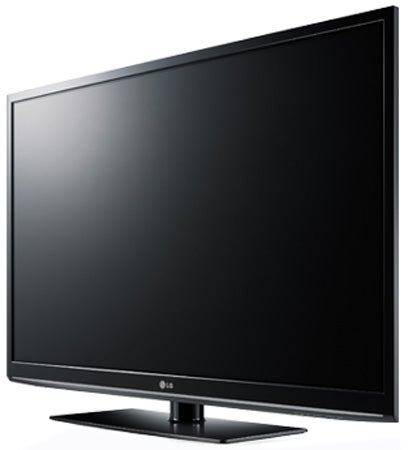 The 50PJ350 also outguns cheap LCD screens by delivering motion that looks clean and authentic, rather than blurred and juddery. Studying motion also revealed only minimal evidence of the sort of dotting noise – particularly over skin tones – that we might have expected to see from a plasma TV that looks as otherwise dated as this one. Interestingly, the 50PJ350 additionally seems less prone to image retention than LG’s flagship plasma sets – a result, we suspect, of its pictures not having nearly as much dynamic range.


The surprisingly heavy-duty build quality of the 50PJ350 seems to help it produce a more convincing audio performance than most cheap flat TVs. There’s a nicely rounded and open feeling to the set’s mid-range, created by a combination of decent raw power levels and a pleasingly wide frequency range that even extends to – get this – a solid slice of bass. Wonders will never cease.


The only downside to the audio is that oddly its seems occasionally out of sync with the pictures. But we’d say you’ll only likely notice this if there’s also a slight sync issue from the source you’re watching.


There’s no getting around the fact that overall, the 50PJ350’s pictures feel like something we’d have expected from an entry-level to mid-range plasma TV a couple of years ago. Particularly when it comes to the orangey undertone to colours and the overall soft finish, even to HD material.


But while this clearly gives you an incentive to spend more if you can, especially if you want to see HD firing on all cylinders, it doesn’t stop the set from being a great way for people without lots of money to make the leap from ‘TV’ to ‘home cinema’.