With Christmas having drained your bank account and the January sales inbound, I thought it made festive season sense to take a look today at what seems on paper at least to be a bargain of gargantuan proportions. In fact, LG’s 47LH3000 is gargantuan in every way. For its LCD screen stretches itself to a movie-loving 47in, and its bezel sticks out a good few inches beyond that.


Of course, with some brands a bezel as chunky as that sported by the 47LH3000 would look amateurish and unattractive. But typically LG has actually used some subtle curves and an ultra high gloss finish to make its TV’s largeness appear a stylish point of difference rather than a budget-induced compromise.


Needless to say not everyone will love the design, especially if they’re trying to get the biggest screen they can into a limited amount of space. But I for one definitely like it. And it certainly fits in with my dear old nan’s theory that getting what you pay for should be at least as much to do with quantity as quality! 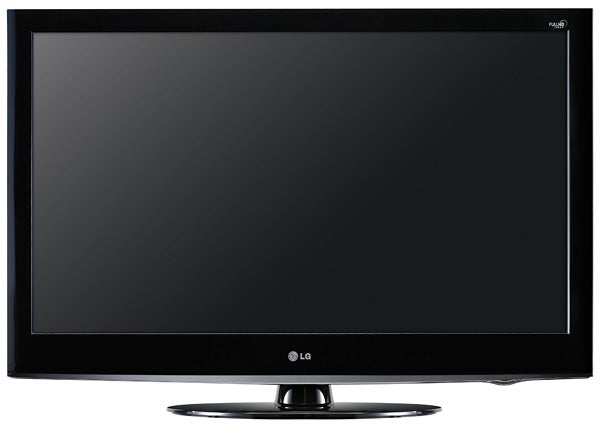 Talking of getting what you pay for, it occurs to me that having opened the review by saying what a bargain the 47LH3000 is, I haven’t actually mentioned its price yet. So here goes: we’ve spotted it in store at Richer Sounds for a few pennies under £600. Crazy.


In fact, it’s so crazy that as I took delivery of the TV, I couldn’t help but fear the worst regarding the 47LH3000’s capabilities. Surely even budget maestro LG couldn’t deliver any genuine quality at this sort of price level?


Turning my attention from the set’s bold front to its rear, though, I was pleasantly surprised to find a really solid set of connections. The three HDMIs, for instance, should be comfortably enough to satisfy the digital HD demands of the typical budget TV buyer, while a PC port is on hand for folk wanting the 47LH3000 to double up as a PC monitor.


It’s a pity, I guess, that there are no multimedia facilities beyond the PC jack. The provided USB port turns out to be only for support service upgrades, rather than letting you play your photo and music files into the TV. But rather than get maudlin about this, I’ll just refer you again to the 47LH3000’s price, and move swiftly on.

Examining the 47LH3000’s spec sheet reveals that it’s far from the uber-basic model you’d imagine for its money. It’s got a Full HD resolution, for a start – something that even now can’t be considered a dead cert at the 47LH3000’s sort of money.


There’s no 100Hz processing, but even the most eternal optimist couldn’t really have expected to find that on a £600 47in TV.


More good news, meanwhile, concerns the 47LH3000’s onscreen menus. For these employ the same bold, graphics-heavy approach found on LG’s premium models, and the result is one of the easiest-to-use TVs we’ve come across. 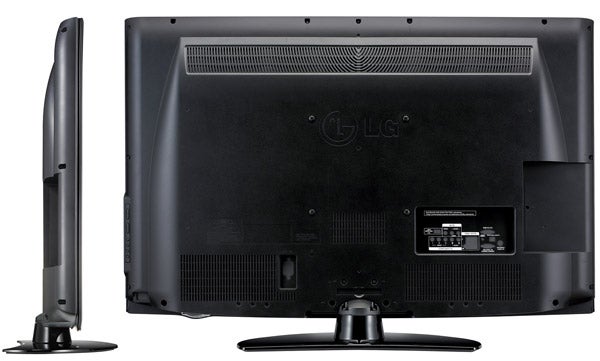 This is despite the fact that the menus actually contain a reasonably large roster of features. Particularly startling is the discovery of ISF presets, proving that the TV has been deemed flexible enough by the Imaging Science Foundation for professional calibration by one of its engineers.


The sort of tweaks anyone calibrating the 47LH3000‘s pictures will likely tinker with include dynamic colour and contrast systems, gamma adjustment, noise reduction routines, and various tricks aimed at boosting black levels.


If you fancy calibrating the set yourself but feel a bit scared, LG has got your back courtesy of a built-in Picture Wizard – i.e., a series of test signals, complete with brief explanations of how to use them to get your pictures looking more accurate. Assuming accuracy is what you actually like in your video pictures, of course!


Pressed into use on a typical selection of HD games and Blu-rays, the 47LH3000 unsurprisingly falls short of the pictorial glories reported on one or two higher-spec LG sets we’ve assessed in recent times. But before you get too crestfallen, I can also state that the 47LH3000 produces pictures far, far in advance of anything else around that offers the same sort of screen size for just £600.

LG has long had an uncanny knack for immediately winning your AV hearts with aggressive displays of brightness and colour on its LCD TVs. And this potent approach holds good on the 47LH3000, which thus immediately sidesteps the familiar dull, muted look of so many mega-cheap rivals.


This should prove very helpful to the 47LH3000 in a store environment, as it will help the screen hold its own in terms of raw AV ‘charisma’ against screens selling for way more. But of course, what’s good for a shop in terms of picture traits is seldom if ever good for a darker domestic environment. So it’s just as well that the 47LH3000 has just enough flexibility in its options to allow images to be left looking punchy without requiring you to tolerate too many over-aggressive tones or too little black level response.


The 47LH3000 also outperforms its price point when it comes to the sharpness of its HD pictures. There’s plenty of evidence of the sort of picture minutiae that still even now sometimes raises a sigh of contentment among AV lovers, and crucially the picture doesn’t succumb to motion blur anywhere near as badly as I would have expected, despite the lack of any 100Hz processing. 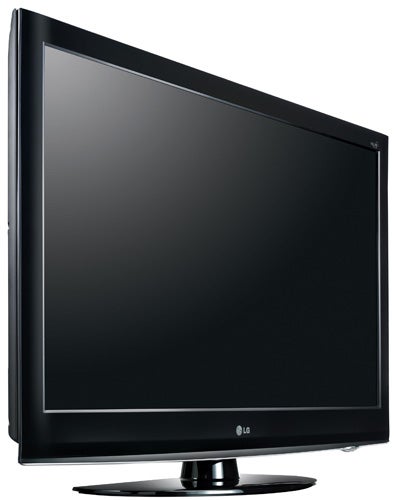 I’m not saying that there’s ”no” motion blur. But what there is, is reasonably easy to live with, and is certainly a million miles away from the smeary mess often witnessed with other budget TVs.


Another common budget TV failing largely adroitly sidestepped by the 47LH3000 is weak black level response. For while its dark scenes certainly look a touch greyer and less detailed than they do on higher end TVs from LG and others, they’re deep enough to make day to day images look dynamic, while predominantly dark scenes are miles more natural looking than is typical at entry level prices.


As you’ve probably – hopefully – realised by now, the 47LH3000’s successes are comparative rather than earth shattering. Plus it has other problems I haven’t mentioned yet, such as a rather limited viewing angle, slight judder when watching Blu-rays despite the 24p mode, and a slightly noisy look to all but the best quality standard definition sources.


Yet with the 47LH3000 also using its considerable bulk to produce a well-rounded audio performance (complete with – shock, horror! – a decent amount of bass), the bottom line is that no matter how critical you might try to be of it, the 47LH3000 is little short of a budget triumph.


The 47LH3000 is currently to be found as the definition of ‘bargain’ in the Oxford English Dictionary. Have a look for yourself if you don’t believe me.