With its arch-rival Samsung doing very nicely thank you very much with its range of edge-LED TVs, the only surprising thing about the arrival of LG’s edge LED debut, the 42SL9000, is that it’s taken so long to get here.


So let’s hope LG has used the time well to really hit the ground running with this exciting new technology. 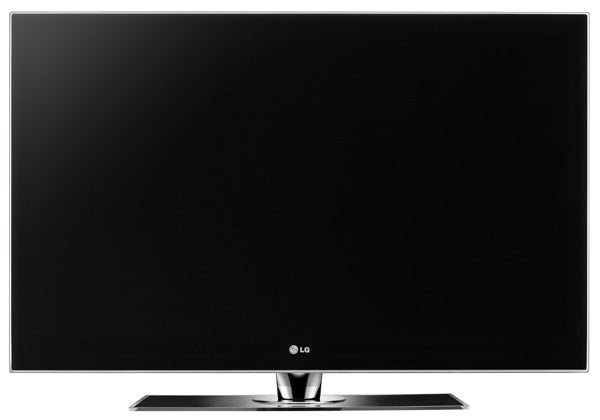 The Korean brand has certainly managed to impose its reputation for cheapness on the 42in 42SL9000, with the set’s sub-£1,000 asking price managing to match at launch the price Samsung is now asking for its roughly equivalent UE40B7020 many months after it first appeared. So we wouldn’t be entirely surprised to find the 42SL9000 becoming even cheaper in the run up to Christmas.


LG is also well known for its design prowess, and this, too, carries through – with knobs on – to the 42SL9000. For starters, as you’d expect given its edge LED technology, it’s remarkably thin – less than 30mm. In fact, wouldn’t you just know it, is actually a fraction of a millimetre thinner than Samsung’s latest edge-LED TVs!


Also easy on the eye is the almost glass-like nature of the set’s finish, the way the mostly black bezel fades into grey along its bottom edge, and the fact that the screen and bezel exist on the same plane, rather than the bezel sitting proud of the screen as usually happens. 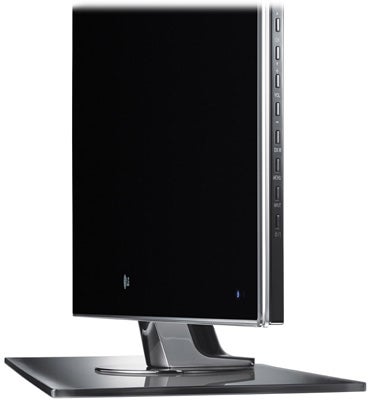 There is one annoying thing about the 42SL9000’s design, though – and it owes its existence purely to the ‘imagination’ of LG’s global marketing department, which has clearly been supping too much mulled wine in the run up to Christmas.


For in a fit of extreme optimism, LG has decided to describe the 42SL9000 in its marketing materials as Borderless, Frameless or Seamless (depending on its mood), despite the fact that the 42SL9000 is precisely none of these things. Its bezel is reasonably slender, sure, but to suggest that it’s somehow non-existent or even, more importantly, more slender than the bezels offered now by numerous rivals is just plan disingenuous.


Anyway, having got that off my chest, this is where I intend to let the matter lie. After all, the 42SL9000 is very attractive in its own right, and can hardly be held responsible for the excesses of the marketing department.

Spinning the 42SL9000 around reveals a fine – and thankfully uncontroversial! – set of connections. These include four HDMIs, an RS232 control port, and a pleasingly flexible USB jack able to handle DivX standard and high definition movies as well as the more common JPEG and MP3 files.


As with most of LG’s higher-end TVs, there’s also a further connection you can’t see, for the set supports Bluetooth wireless streaming of music files from phones, or Bluetooth audio out to Bluetooth headphones.


Having made a passing comparison with Samsung’s 40B7020 earlier in this review, I should probably add here that the 42SL9000 lacks the Samsung’s second USB and Ethernet port. Not having the latter port is particularly important, since it means the 42SL9000 doesn’t join the Samsung in being able to stream files from DLNA PCs and can’t access any online services. 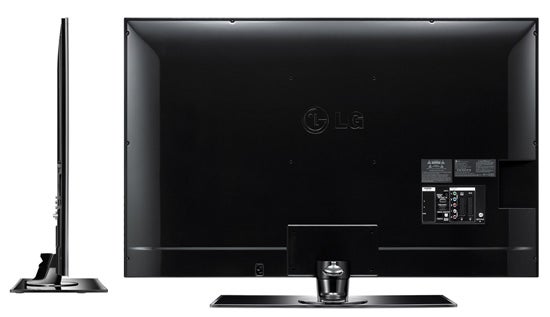 In my opinion the 42SL9000‘s Bluetooth functionality is a poor substitute for what could have been achieved with an Ethernet port, but presumably there are legions of mobile phone music freaks out there willing to disagree with me!


Turning to the 42SL9000’s inner features, as usual it’s probably worth me quickly reminding you that edge LED lighting doesn’t offer the same local dimming technology of direct LED LCD TVs (where the LED light array sits directly behind the LCD screen layers). This means that it will struggle to deliver as satisfying a combination of deep blacks and pure whites within the same frame.


Even so, though, LG claims a vast – doubtless extremely optimistic – contrast ratio for the 42SL9000 of 3,000,000:1. And then, of course, there are the claimed potential advantages of edge LED to consider, such as enhanced shadow detail, no ‘halo’ effect and reduced running power. 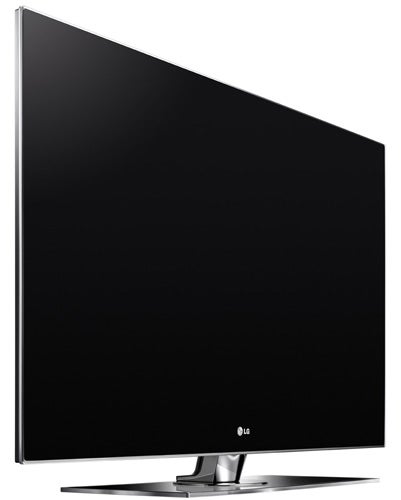 The screen also inevitably boasts a Full HD resolution, while video processing duties are primarily handled by a 100Hz TruMotion system in conjunction with LG’s proprietary, many-angled XD Engine. This latter engine isn’t one of the most powerful around, to be honest, but it does seem to be improving incrementally with every new generation of LG TV.


Of rather more interest to many of our readers, I suspect, will be the impressive amount of image flexibility the TV offers via its superbly designed and organised onscreen menus. I won’t go into every option available, but suffice it to say that with such niceties as Gamma adjustment, dynamic colour and contrast processors, and adjustable noise level/100Hz/progressive scan levels, it’s no surprise to learn that the TV is equipped for professional calibration by the Imaging Science Foundation (ISF) should you want to get an expert in rather than tackle calibration yourself.


If you ”do” feel confident enough to explore the settings on your own, though, a good starting point is the Picture Wizard system LG has thoughtfully built into the TV. This helps you with a few, admittedly quite shallow adjustments by generating and talking you through a little selection of video test signals.

Flexible though the 42SL9000’s pictures are, however, they’re still not quite flexible enough to overcome a shortcoming or two in the TV’s picture performance. The most surprising of these concerns a distinctly pinkish flavour to the set’s presentation of really bright colours – especially white.


I also didn’t manage to quite settle on a perfect balance for the TV’s noise reduction and motion enhancement processors. The 100Hz engine can generate noticeable side effects when running on full, yet when it’s turned down the picture falls prey a little more than I would have liked to motion blur.


Next, while the 42SL9000’s black level response is markedly better than that of most non-LED LCD TVs, it’s not as profound as I’ve seen from numerous other LED LCD TVs – both direct and edge-based models.


Having started down a negative path, I might as well get to the end of it before becoming more upbeat by pointing out, too, that the 42SL9000’s viewing angle is really very limited indeed – particularly if you’re likely to be sat rather close to the screen.


After so much negativity, it’s time I made it clear that at least some of my complaints are being made when considering the 42SL9000 against other LED LCD TVs. Considered against the majority of CCFL LCD TVs, the 42SL9000’s pictures actually look pretty darned good. 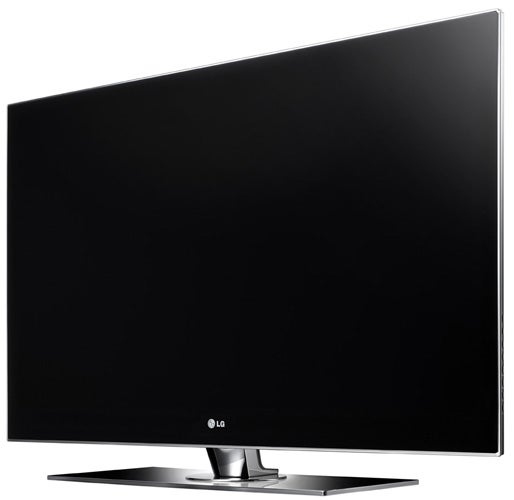 Colours, for instance, are strikingly vibrant, especially since the image is driven off the screen by a level of brightness that’s actually rare in the LED world.


The black levels I moaned about as being slightly grey versus most other LED LCD TVs actually look pretty profound versus most CCFL LCD TVs, while also containing a little more subtle shadow detail.


Standard definition pictures look decently sharp too, while not falling into the common trap of exaggerating noise during the upscaling processing. And HD pictures look detailed and cinematic – if not quite as crisp as they do on some of our favourite purveyors of HD material.


As with pretty much any LED TV I’ve seen so far, in fact, when a source image happens to line up all the picture planets just right so that the 42SL9000 can fire on all cylinders, its pictures really can look mouth-watering. The catch is that these serendipitous moments don’t crop up quite as regularly as I’d like them to.


There is one area, though, where LG can celebrate an edge-LED victory over its Korean rival. For the 42SL9000 sounds markedly more powerful and believable than any Samsung edge-LED set we’ve heard so far.


We’re not talking about anything truly amazing, mind you; there’s still not as much dynamic range, especially at the bass end, as I’d like/expect to hear from a less svelte screen. But at least you won’t immediately have to start considering a separate audio system as you do with the otherwise outstanding Samsung LED models.


The 42SL9000 certainly rates as a good LED LCD TV debut for LG, and its design and price will doubtless – deservedly – win it plenty of fans. But at the same time it gets just enough wrong to remind us that it is indeed a debut product, while one or two other brands are now on to their second generation of LED machines.