With LCD screen sizes creeping inexorably larger, plasma’s foothold in the 42in arena is getting increasingly tenuous. Indeed, even arch plasma fan Pioneer hasn’t bothered with a new 42in plasma model for its latest 9th-generation Kuro plasma range.


But, while the market pressures on 42in plasma TVs like today’s LG 42PG6000 might be intense, we personally still have a place in our hearts for them. For even though LCD technology is improving exceptionally fast right now, there’s still hope this new LG model will reaffirm our belief that plasma really takes some beating when it comes to those key video factors of black-level response and crisp motion presentation.


Plus, if the 42PG6000’s frankly remarkable sub-£600 price tag is anything to go by, plasma is still ahead of LCD on value too. And that’s one thing the great British buying public always responds to, even if they’re unswayed by such ‘trivialities’ as picture quality. 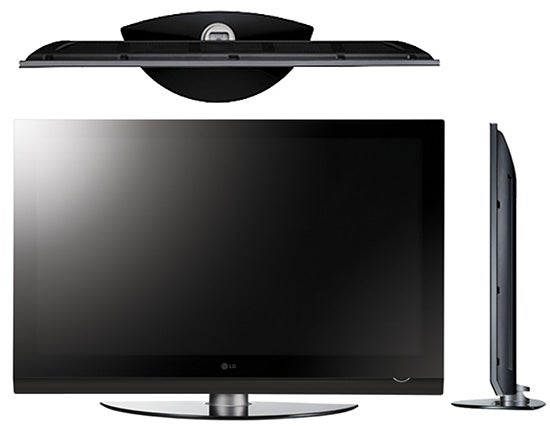 As usual with LG, the 42PG6000 is a pretty attractive TV to look at – even though it doesn’t sport the same ‘red rear end’ and fancy transparent circular ‘portal’ carried by LG’s 6000-series LCD models. The gloss black finish is clean and elegant, the neat little arced power light to bottom right adds a subtle dash of panache, and most striking of all, there’s no ‘ridge’ between the screen frame and the screen itself. Instead the whole front of the TV is one perfectly smooth ‘sheet’.


As well as looking cool, especially from the side, this totally flat design reflects LG’s move away from plasma’s usual thick front glass section in favour of a single ‘film filter’ that does away with the usual secondary imaging glitch that can affect normal plasma screens during off-axis viewing.


The sheer fascia has also required LG to innovate in the audio department, developing for the PG6000 series a radiating speaker design that produces audio from each of the TV’s edges. What’s more, the sound produced has apparently been tuned by renowned audio guru, Mark Levinson. Woo.


The 42PG6000’s up-front appeal grows yet further with the discovery of a very impressive four HDMIs among its connections – all of which are v1.3-certified, and can take Deep Colour as well as 1080p/24fps feeds.


There’s more connection ‘glory’ too, in the shape of a USB 2.0 port for JPEG and MP3 playback, a D-Sub PC port, a digital audio output, and an RS-232C jack for integrating the 42PG6000 into a full AV control system.

Before getting into the 42PG6000’s specification and features, it’s worth adding here that it employs an excellent new onscreen menu system that replaces the usual reams of boring text with extremely well organised, large and attractively presented icons that make the TV more or less idiot-proof.


Probably inevitably for its money, the 42PG6000 is not a Full HD screen, but rather it carries 1,024 x 768 pixels, with the 16:9 shape being achieved by stretching the pixels horizontally – a technique that’s reckoned to deliver improved colour balance and tones.


LG’s claimed contrast ratio for the set is a very good-looking 30,000:1, while image processing comes courtesy of LG’s once-bland but ever-improving XD Engine system. In fact, the latest version of the XD Engine employs two chipsets – one to work on the input/source and one for the panel itself – both designed in-house by LG to deliver greater harmony than you’d get where a manufacturer has sourced different chipsets from third parties.


Not that the XD Engine is the only image processor at work. The set also employs 100Hz processing, designed to make images more stable and less troubled by flicker, especially over edge detailing during camera pans. 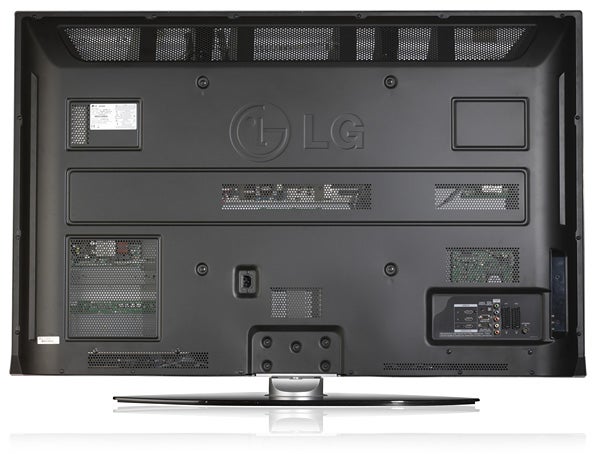 Other handy bits and bobs up the 42PG6000’s sleeve include a Game mode for optimising the screen’s performance with console sources, a Clear Voice mode that makes vocals in a sound mix easier to distinguish, and the fact that the onscreen display for the Freeview Electronic Programme Guide is now mapped to the screen’s HD resolution, making it look far sharper than was the case previously.


There’s been precious little so far that might explain how LG can ‘give away’ the 42LG6000 so cheaply. And in many ways this feeling continues into its picture performance.


Black levels, for instance, are very good. Not Pioneer or Panasonic levels of good, perhaps; there’s slightly more greyness in the LG’s blacks than those of the two class leaders. But they’re certainly good enough to humiliate many LCD competitors – especially in terms of the amount of shadow detailing retained in dark picture areas.


HD images also benefit from an impressive colour palette, combining rich saturations with largely natural tones, even when it comes to that trickiest of customers; skin tones. It thus handles better than most, for instance, the really quite difficult palette of flesh on display during all the casino scenes of ”Casino Royale” on Blu-ray. Colours still aren’t completely perfect; occasionally a touch too much orange seeps in, while the greens of some foliage backdrops can look a touch forced. Nonetheless LG is still to be commended for the improvements it’s delivered at such a knock-down price.

LG has also clearly worked wonders on reducing the video noise in its plasma pictures. As I noted, markedly less of the once-common fizzing over moving objects and grey dotting in dark areas is present. The 100Hz processing definitely plays a part in reducing stutter and flickering over motion-packed images, too, helping action scenes look sharp in a way practically all budget LCD TVs can only dream about.


The only noise issue I have with the picture, in fact, is that its colours can look a touch stripy in places, presumably because the set just doesn’t have enough processing power – or resolution – to render colour blends with perfect smoothness. I guess it’s true, too, that you can cause a bit of grain to materialise in HD film images if you leave the TV set to its Sport or Game presets. So don’t do it! 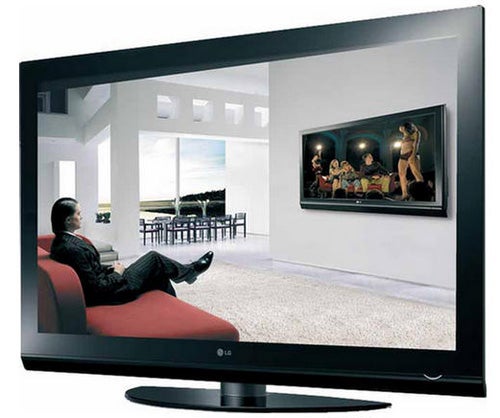 There are, however, issues with the 42PG6000’s pictures that you can’t avoid. The first is the ever-so-slightly soft look to HD images. They still look HD, but there’s no doubt that particularly detailed HD sequences, such as most of those set in Venice during ”Casino Royale”, look a touch softer than we know they can. Indeed, they looked sharper on this TV’s own 50in sibling, tested a few weeks back – though on the flipside I actually found the 42PG6000’s standard definition pictures slightly more agreeable than those of the 50PG6000, presumably thanks to a combination of the 42in model’s smaller (and thus more forgiving) screen, and lower (and thus closer to standard def) native resolution.


There’s more trouble in the form of image retention, where bright parts of a picture can leave a trace of themselves behind for a few seconds. This problem should start to wane over time as you ‘break the TV in’, but it’s something other plasma brands seemed to have conquered rather more successfully.


My final issue with the 42PG6000’s pictures is that if you study edges closely, especially the edges of white objects such as onscreen credits or the whites of the players at Wimbledon, they show definite signs of a slight red bleed. Odd.


Pumping up the volume during ”Casino Royale’s” long free-running sequence, meanwhile, reveals that while the 42PG6000’s speakers might not be seen, they certainly can be heard. They attain some pretty prodigious volumes without distorting, even during particularly dense soundstage passages, plus there’s also a surprisingly rich wealth of bass to underpin everything. Vocals, too, seldom if ever seem crowded, and even if they do there’s always the Clear Voice feature to help out.


The 42PG6000 is undoubtedly a likeable TV given extra appeal by its remarkably low price. But before we get too carried away, we’re duty bound to point out that Panasonic’s similarly specified but slightly better-performing TH-42PX80 can also be had for around the same money these days.