LG’s 2011 passive TV range didn’t get off to a particularly promising start. The 55LW650T was supposed to be the brand’s flagship passive 3D model – until the brand’s ‘Nano’ models arrive much later in the year, at any rate. Yet it disappointed, partly thanks to how unforgiving its large screen was of a few weaknesses associated with LG’s new Film Patterned Retarder (FPR) passive 3D technology, but mostly because of the patchy nature of its backlight.

While reviewing the 55LW650T, though, it occurred to us that it was entirely possible that at least some of the issues we had with the 55in TV might be reduced or even eliminated on a smaller screen. Cue the 42LW550T: LG’s mid-range 42in FPR 3D TV. Can this set finally convince us that passive 3D really does have a part to play in today’s 3D AV world?

It starts rather quietly with its design, it has to be said. The glossy black bezel with transparent outer edging is no longer particularly original, and although the finish quality is decent, the bezel is rather wide by 2011 standards. The FPR filter on the front of the screen perhaps explains why, also, the 42LW550T doesn’t enjoy a single-layer fascia finish like LG’s Infinia models did last year.

We’re not saying the 42LW550T is remotely ugly here, mind you; just that it could perhaps have worn its cutting edge heart on its sleeve a little more. 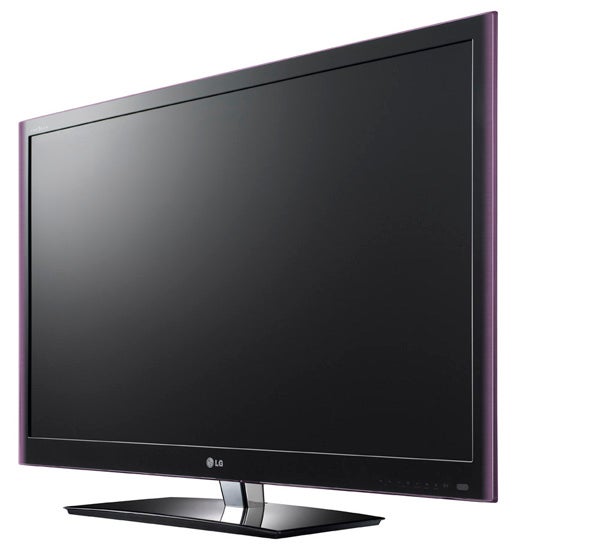 The 42LW550T’s connections are mostly on the money, though. There are four HDMI inputs, all built to the v1.4 specification for full HD 3D signal reception. Plus there are two USB ports for playing back most of the AV file format types you can think of, or for making the TV wi-fi ready via an optional USB dongle. Note, though, that you can’t also record to USB like you can with some Samsung and Panasonic TVs this year.

Perhaps the single most significant jack, though, is the set’s LAN port. Obviously this is required by the 42LW550T on account of its integrated Freeview HD tuner. But it goes much further than that, allowing you to access content on DLNA PCs; the online content of LG’s Smart TV platform; or the Internet at large.

When it comes to accessing multimedia on your PC (or Mac), LG has rather cleverly forged a relationship with the PLEX Media Center system, which strives to deliver a graphics heavy, user-friendly front end to your multimedia file surfing. In principle we’re very enthusiastic about the PLEX approach, loving the way it can take the leg work out of finding specific files, and make your PC feel more naturally integrated with your TV.  However, right now the system is a bit temperamental and not yet quite as intuitive to set up as it ultimately needs to be. Both of these issues will likely be improved via software updates over time, though.

As for LG’s own online offering, the amount of stuff on there has ballooned from the NetCast platform witnessed on last year’s LG TVs. You now have two ‘tiers’ of content, with the Premium one being of the most interest, as it’s here you’ll find most of the video services. Among the best stuff is the BBC iPlayer, the AceTrax movie rental/buy channel; subscription access to baseball channel, MLB.tv; and YouTube.

The ‘b list’ essentially comprises smaller apps based on information, news or games. And while they’re impressive in number and accessing them really shows off the graphical glories of LG’s excellent Smart TV menu system, many of the apps are, well, rather odd, frankly. Seriously, do any of you really want to play tunes on virtual wine glasses or have their tarot cards read by a telly?! Actually, don’t answer that…

As usual with LG, the 42LW550T is well equipped with calibration aids like colour management and gamma controls. There are also all manner of processing aids for things like black levels, motion, noise reduction and colours – though to be honest, most of these latter tools should be handled with care, and probably left off for most of the time. 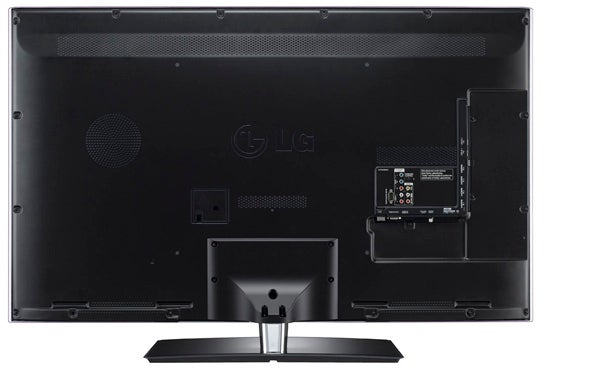 There’s also a minor deficit in screen response time terms for the 42LW550T, but really, given that the 200Hz system on the 55LW650T didn’t seem particularly awesome, the 42LW550T doesn’t ask you to swallow as much of a downstep in spec as we might have expected.

It’s the 42LW550T’s passive 3D, though, which clearly steals the day in feature terms. Especially as it underlines one of its advantages over its active 3D rival by shipping with a remarkable seven pairs of 3D glasses. Seven pairs of active shutter glasses, by comparison, would cost around £700.

This extremely clever marketing ploy by LG has immense practical value too, of course. For it immediately makes 3D viewing a social, family oriented experience right out of the box. Which fits rather well with our belief that occasional ‘event programming’ like concerts, sports events and films will likely make up the majority of a typical family’s 3D experience.

It further transpires that as hoped, the 42LW550T’s relatively small screen size crucially hides from view some of the issues we’ve previously had with FPR technology. For instance, it’s much harder to make out any horizontal line structure in the picture caused by the polarising filter. You have to stick your face really close to the screen to see it, which no sensible person would likely do.

The obviousness of the jagged look to contours noted on the 55LW650T is also less in your face thanks to the smaller screen, and even the reduction in resolution that’s really the key flaw with passive tech is less startling. You can certainly still see a difference against similarly sized active 3D screens, with the active 3D models looking a touch crisper and more detailed. But since the difference isn’t nearly as pronounced, it’s now arguably a trade off we could readily anticipate many mainstream households feeling more than happy to make in order to get passive 3D’s family-friendly benefits.

It even seemed to us that there was less crosstalk in the 42LW550T’s pictures than there was with the 55LW650T. We still don’t quite buy into LG’s ‘crosstalk-free’ claims, but there’s no doubt that crosstalk is far less obvious than it is with active 3D TVs – bar, perhaps, Panasonic’s best active 3D plasmas, such as the P50GT30.

That said, the 42LW550T is actually slightly more susceptible to a significant FPR weakness than the 55LW650T. And that’s the way crosstalk increases massively if your viewing position is more than 10-15 degrees above or below the screen. This is one screen you certainly won’t likely be able to wall-mount high above a fireplace.

From here, though, we pretty quickly get back to the good points about the 42LW550T’s 3D images. For without the FPR problems being as obvious on this smaller screen, we can also be more appreciative of two more of its strengths, namely the relatively little reduction in brightness and colour saturation caused by the passive 3D glasses, and the lack of any flicker – something that can definitely be fatiguing with active 3D if you have a lot of light in your room.

Turning to 2D, the 42LW550T also trounces the performance of the 55LW650T simply by not suffering anything like as badly with the inconsistent backlight woes of the bigger model. In fact, its edge LED lighting system scarcely suffers with any backlight inconsistencies at all, especially if you keep the backlight and contrast levels sensibly restrained. This allows the 42LW550T to reproduce dark scenes much more convincingly, with good black level depth that doesn’t come at the expense of too much shadow detail or brightness. 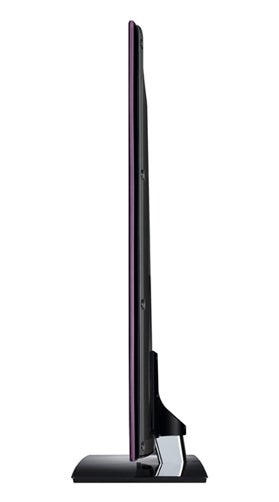 Because of this the 42LW550T’s pictures look impressively dynamic pretty much all the time – though there’s no doubt they’re at their best when handling predominantly bright, HD content, with which the screen’s ability to portray good 2D detail levels and exceptionally rich colours is to the fore.

Dutifully looking for more problems to warn you about, in an ideal world motion would look a fraction crisper and/or the TV’s TruMotion processing would be cleverer at removing blur without causing unwanted side effects. And the 2D to 3D conversion system would be cleverer at identifying the depth planes of objects within the frame.  Otherwise, though, the 42LW550T’s audio is nothing to write home about either. It’s rather thin, short of bass, and unable to go really loud when asked to by a potent sound mix.

The 42LW550T certainly isn’t perfect; there are plenty of areas where LG can improve things with its 2012 passive 3D range, and its key 3D reduced resolution issue isn’t going to disappear. But crucially, the 42LW550T’s smaller size does a handy job of hiding many of the shortcomings of LG’s FPR 3D technology, leaving you freer to enjoy its benefits. And it’s impossible to deny that these benefits could seem very persuasive indeed to people – of whom we suspect there will be many! – likely to see 3D as merely a casual, occasional, social thing to be enjoyed on the cheap rather than the be-all and end-all of their TV life.