Nope, sorry, we just don’t get the LG 42LV450U. On paper it sounds like it should be a winner all the way, with its combination of 42in edge LED pictures and a price of just £569. But the more time we spend with it, and especially the more we look around at what’s available elsewhere within LG’s own range, the less compelling the set becomes.

First impressions are strong, however. The screen size for your buck ratio really is very appealing, especially as the 42in screen is a couple of inches bigger than the 40in screens offered by most other brands. Also impressive is how well dressed the 42LV450U is for its money. Its bezel is slender, very glossy and given extra definition by a little transparent outer trim, while its rear doesn’t stick out far at all – a predictable result of the TV’s use of edge LED lighting.

There are, however, clear signs of price-related compromises when you look through the 42LV450U’s connections. The most glaring omission is a LAN port. This immediately alerts you to the fact that the set supports neither LG’s latest Smart TV online service nor any DLNA/PLEX support for streaming files from networked computers. 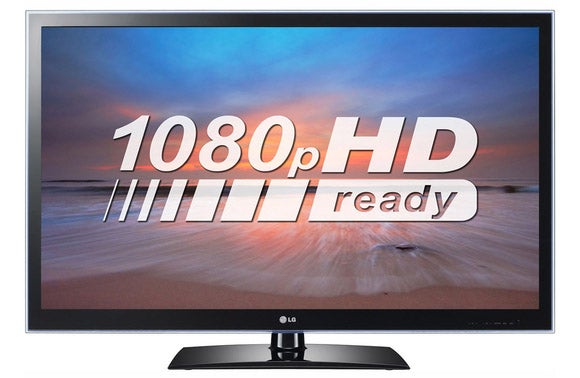 Although it doesn’t support streaming from a PC, the 42LV450U isn’t a dead loss in multimedia terms. It’s got a D-Sub PC port, and it’s also got a single USB port through which you can play JPEG, MP3, MPEG-4 and Divx (including HD) files from USB storage devices.

One final notable connection is an RS-232C port with which you could, if you wish, integrate the TV in to a wider controlled home network.

Another slightly separate point worth noting about the 42LV450U’s connections is that many of them stick straight out of the rear panel, potentially creating a few problems for people intending to hang their new TV on the wall.

As we would have expected given the lack of a LAN port and any Smart TV functionality, the 42LV450U does not benefit from the Smart Hub onscreen menu system found on higher spec LG TVs. But that’s not to say that it’s operating system isn’t very good. In fact its onscreen menus are arguably the best around in the TV world right now, making bold use of large graphics on the initial ‘home’ menu screen, and presenting information in the secondary menus with impressive clarity and, for the most part, good organisation.

LG’s slavish pursuit of endorsements from the Imaging Science Foundation (ISF) continues with the 42LV450U, which means you can have your TV professionally calibrated if you’re willing to pay for the privilege. The ISF endorsement leads to two ISF Expert options among the picture presets, and if you choose either of these you’ll open up an Expert set of picture adjustments that include colour management and white balance fine tuning controls, plus a variety of gamma presets.

These ‘high level’ adjustments are joined by a host of other bits and bobs, such as an edge enhancer, standard and ‘digital’ noise reduction systems, a dynamic contrast system, and LG’s TruMotion processing. The latter tool comes with a variety of strength settings and a ‘manual’ mode that lets you fine tune the individual amounts of processing power addressed to system’s judder and blur reduction components.

LG claims a curious spec of MCI 400Hz for the 42LV450U. But this doesn’t in reality mean the TV refreshes its images 400 times a second. Rather it’s a figure like Samsung’s ‘CMR’ spec that’s derived from a combination of a genuine 100Hz refresh rate, a scanning backlight, and LG’s frame interpolation processing. 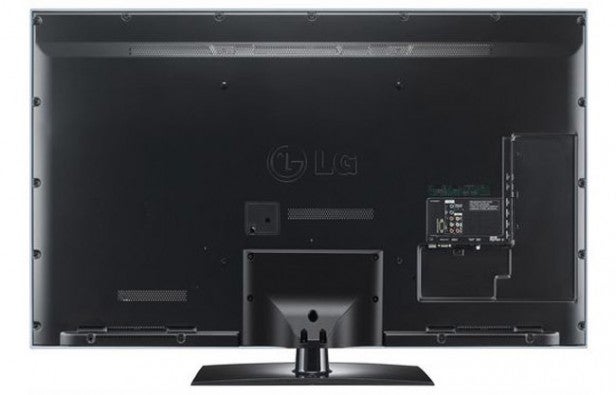 There’s no local dimming system in the 42LV450U, but actually we’re not bothered by this, as more often than not such systems do more harm than good.

Focussing on the 42LV450U’s high points first, it’s capable of reproducing HD sources with good clarity and detail for such an affordable TV, making solid use of the screen’s full HD resolution to ensure that all the classic HD hallmarks – the weave in suits, pores on faces etc – are clearly visible. Resolution diminishes a little when things move, but not excessively so for such an affordable set.

If the resolution loss or judder does trouble you, though, feel free to experiment with the set’s TruMotion processing. Personally we found it produced a few too many unwanted side effects (shimmering edges and occasional flickering over really fast motion), but your best bet if you do decide to use the processing is to choose the manual setting and configure it so that the blur and judder settings are ramped down to only their two or three levels at most, as this produces some level of motion improvement without generating too many of the unwanted side effects.

We have a lot of time for the 42LV450U’s colours, too. They enjoy all the vividness we’re coming to expect from edge LED lighting, but also deliver more blend and tone subtlety than is common at the sub-£600 section of the 40-42in TV market. What’s more, while some of the set’s colours can look a bit gaudy using most of the TV’s presets, it’s possible to get a pretty convincing colour balance after spending only a little time with the colour management tools.

Normal TV fare – by which we mean predominantly bright footage with a few dark bits rather than uniformly dark pictures – look to be full of contrast too, with really crisp whites resting alongside what appear to be well resolved blacks.

However, working the TV harder with a few dark Blu-ray film scenes, the 42LV450U starts to struggle. It becomes apparent with very dark scenes that its contrast is rather limited, with bits of the picture that should look black instead looking grey. Obviously reducing the backlight output and brightness settings can improve things, but by the time black colours start to convince, you’ve ended up crushing out of the picture significant amounts of shadow detail, leaving the newly dark picture areas looking hollow. 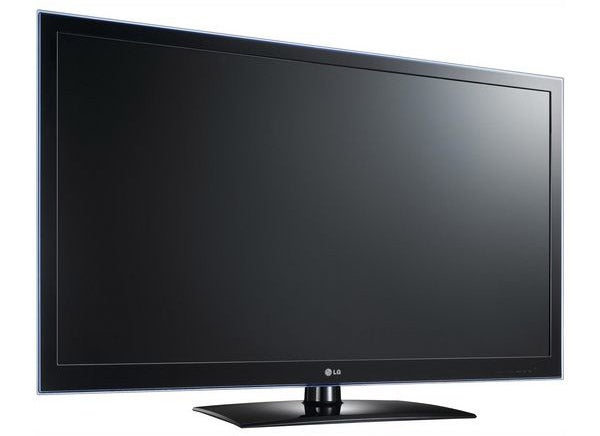 On the upside, the backlight level does look quite consistent right across the screen during dark scenes, with little evidence of the patches of extra brightness or clouding that plague so many edge LED TVs. The only rider we would add to this is that backlight inconsistencies start to appear quite aggressively if you move your viewing angle any further than around 30 degrees away from perpendicular to the screen.

The 42LV450U’s audio performance is a little uncomfortable, for want of a better word. It works pretty well at the treble end of the spectrum, picking up subtle ‘tinkly’ details many TVs do not, and pushing general treble information out aggressively. The mid-range is just about open and powerful enough to satisfy too, allowing voices to sound credible and clear under all but the most raucous of circumstances.

However, there are some mid-to-high tones that tend to cause the set’s chassis to vibrate if you’re using any significant volume levels, and bass levels fail to open up during action scenes, leaving the perky trebles sounding over-exposed.

The last thing to discuss here is the set’s input lag. LG hasn’t fared too well in this department this year, and sadly the 42LV450U continues that trend. We measured an average input latency of fractionally under 70ms, which is easily high enough to compromise your performance if you’re using the TV as a gaming monitor.

Considered on its own, the 42LV450U is a pleasant enough budget TV option – provided, that is, you can live without a Freeview HD tuner, which actually we personally could not. What really makes the 42LV450U impossible to wholeheartedly recommend, though, is the fact that you can get LG’s step-up 42LV550T for only £60 more. Not a lot when you consider that this step up set – which we intend to review in the next week or so – adds a Freeview HD tuner, more advanced picture technology and LG’s full Smart TV service to the 42LV450U’s feature list.