For our last TV review of 2007, it seemed only appropriate that we looked at a TV with its eyes set firmly on the future. More specifically, a future without analogue TV.

For like it or not, in an ongoing three-to-four year process starting pretty much now, parts of the UK are suddenly and dramatically going to find their analogue TV broadcasts being shut down, leaving the terrestrial digital Freeview service as their only means of watching any telly.


So it’s nice to find in the shape of LG’s 42in 42LT75 LCD TV that manufacturers are finally starting to pay more than mere ‘I guess we’d better stick a digital tuner in there’ lip service to the Freeview system. What makes the 42LT75 different/special is its Freeview Playback accreditation. In fact, this is the first Freeview Playback TV launched in the UK.


Freeview Playback, in case you’ve missed all the recent TV ads about it, is effectively an attempt to bring the joys of Sky+ recording to Freeview’s own digital service. And so any device – TV, separate receiver – that wants to be Freeview Playback-certified has to have, among other things, a built-in hard disk drive recorder, twin digital tuners so you can watch one digital channel while recording another, and – huzzah! – Series Link functionality whereby the HDD will automatically track and record every episode of your favourite shows, so you never have to worry about missing them again. 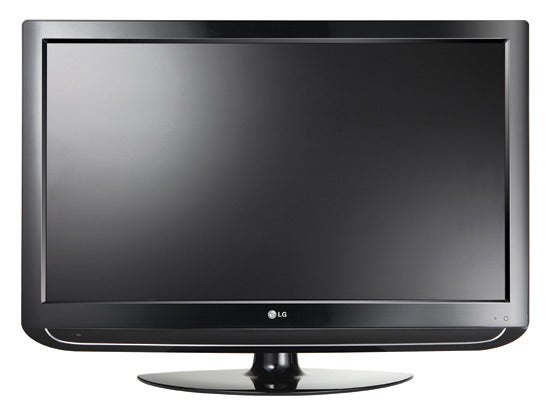 Freeview Playback devices also allow you to pause live TV, rewind live TV, or track live TV (as in, you watch a show a minute or two behind while it continues to record ahead of you). Plus you can set recordings/series links simply by selecting programmes from the 7-day electronic programme guide. So as you can see, Freeview Playback really does do pretty much everything for Freeview that Sky+ does for Sky Digital.


At this point, anyone who took a break from stuffing themselves full of turkey and chocolate to read our Christmas Day review of the Hitachi P50XR01 TV might be wondering what really makes the LG 42LT75 so special, as it merely seems to share much of its functionality with the Hitachi (which also had a built-in HDD recorder).

The answer is that as well as sporting the all-important Series Link system conspicuously absent from the Hitachi model, the LG 42LT75’s recording and operating system has been developed completely in cooperation with Freeview technicians to meet a defined set of ‘Freeview Playback’ standards. By comparison, the Hitachi just does its own thing.


And the results of the LG/Freeview collaboration are sublimely apparent in the 42LT75’s operating system, which is as near perfect as you’ll probably ever get on a TV with so many features to its name. For instance, making and accessing recordings on the HDD is incredibly easy thanks to superbly organised onscreen menus and a terrifically well thought-through remote control. And playback features such as rewinding, fast forwarding and ‘live pausing’ fall to hand so easily that even the most nervous of technophobes will be getting the most from every aspect of the 42LT75 within hours.

Before we find out if the 42LT75 has the performance goods to back up its impressive functionality, there are a couple of limitations with the Freeview Playback system that you ought to be aware of. First and worst, you can’t simultaneously record two digital channels as you can with Sky+. Second, strangely there’s no sign of a programme on your storage list while it’s actually being recorded; it only shows up when the recording is complete.


Still, we guess the two limitations just described won’t seem like too big a deal to people wanting the joys of integrated digital TV/HDD recording without having to pay through the nose for them like you do with Sky’s alternative.


What’s more, the 42LT75’s recordings of digital channels are absolutely impeccable. In fact, since the TV actually records the direct digital bitstream to its HDD, the results are indistinguishable from the original broadcast. And you can’t say fairer than that. 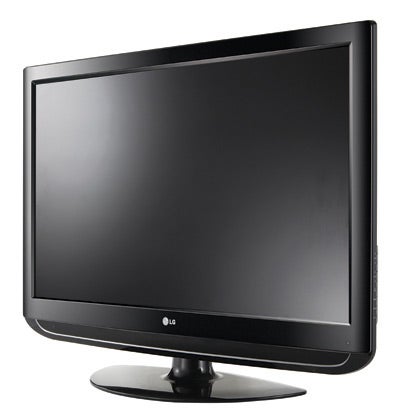 Although it’s doubtful if you’ll need to record the TV’s analogue tuner very often, the 42LT75 still does a good job of it when required. Various recording quality options are available for the analogue tuner, with the lower quality options taking up less memory space. And of these options the top ‘High’ mode results in pictures only slightly more noisy than the original analogue broadcasts, while even the much less memory-hungry Standard mode also holds up nicely, looking considerably better than anything you’d see from an old VCR.


Shifting our attention from the quality of the 42LT75’s recordings to its actual screen picture performance, the 42LT75 turns out to be an unexpected success. Why unexpected? Because the 42LT75 really does make large strides in the right direction away from the rather underwhelming efforts of many of LG’s other recent LCD offerings.


Particularly noteworthy – not to mention essential given its Freeview Playback focus – is how good the 42LT75’s standard definition pictures look versus most other LG LCDs. For instance, the old LG tendency to over-stress noise in standard def images is here replaced by one of the cleanest digital tuner presentations we’ve seen.


Also, the previous LG problem with colours starting to adopt some weird tones during standard def viewing has been massively reduced, to the point where the 42LT75’s standard def pictures are actually among the most naturally hued we’ve seen on an LCD TV.


Finally, as objects pass across the screen during standard definition viewing, there’s far less of the smearing problem witnessed on previous LG LCDs.


The extent of the standard definition improvements made for the 42LT75 is so striking, in fact, that we can only imagine that making a Freeview Playback TV has finally forced LG’s Korea-based engineers to tweak their normal picture processing routines to optimise them for the actually very specific picture demands of our Freeview service. Let’s hope similar changes can now infiltrate the entire LG TV range.

In keeping with its standard definition focus, the 42LT75 is not a full HD TV, instead sticking at the HD Ready resolution level of 1,366 x 768. But this doesn’t mean that it’s not a very enjoyable HD performer.


For instance, crisp HD sources like The Prestige on HD DVD look as sharp and detailed as they do on any other HD Ready TV we can think of – and video noise is at a premium. The general crispness of the presentation is enhanced, too, by the fact that there’s even less motion blur than we reported with standard definition, while colours are even more subtly believable in tone.


Another quality that holds up reasonably well with standard and high definition alike is the 42LT75’s black level response. We’re not talking about anything class-leading or benchmark-setting here; there are certainly other sets around that do deeper, more natural black levels still. But the degree of greyness sitting over dark scenes like the shudder-inducing final tracking shot in the basement of Robert Angier’s old theatre in The Prestige is seldom if ever severe enough to really distract you from what you’re watching. 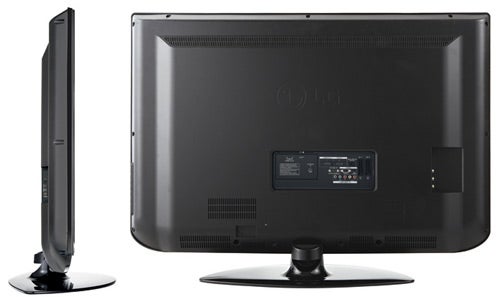 Slightly more troubling, perhaps, is the fact that the 42LT75’s colours don’t look as aggressively vibrant and eye-catching as they do on most of LG’s recent LCD output. Still, they certainly don’t look drab, and if a little ‘reining in’ has helped LG achieve the more natural toning we’ve been talking about, then we’ll say no more about it.


One definite negative that might force a few interested parties to look elsewhere for their next digital TV, though, is the way the digital feed loses strength as it passes through the 42LT75’s first tuner and into the second one. In other words, when we dampened our digital reception strength to the sort of levels you might get if you happen to live in a borderline area of digital TV reception, the second tuner often struggled to show a clean, stable picture, even though the first tuner held up nicely. So we strongly urge you to have your Freeview reception strength professionally checked before committing to a 42LT75.


The 42LT75 is, in keeping with most LG flat TVs, a very slinky looker. But its slender design hasn’t precluded it from serving up some robust audio, complete with rich, rounded vocals, a winningly wide soundstage, and even a fair dollop of bass by flat TV standards. A bit more treble clarity would have given the soundstage more ‘sparkle’ and the provided pseudo-surround sound mode is predictably awful. But overall the 42LT75’s sound provides a likeable accompaniment for its much-improved pictures.


LG is to be heartily congratulated on the 42LT75. The Freeview Playback system turns out to be a triumph, even in this, its debut TV incarnation. And thankfully LG has really thrown its support behind the new technology by doing a much better job showing Freeview pictures than it ever has before.


Add all this to a frankly astoundingly low price for such a large, feature-laden TV, and LG deserves to have a resounding hit on its hands.