Typical. You wait decades for a 200Hz TV, and then along come two. A few months after we digested Sony’s groundbreaking 200Hz Z4500 LCD range, we now find ourselves faced with LG’s 200Hz-sporting 42LH5000. And intriguingly, if not entirely surprisingly, this LG offering is considerably cheaper – by at least £250 – than its 40in Sony rival. Bargain ahoy, perhaps.


It certainly looks like it costs more than a grand. It enjoys just about the glossiest, shiniest finish you’ll ever see (in a good rather than tacky way!), and has curves and eye-catching trim in all the right places. This trim even includes an infusion of indigo blue down the TV’s sides that adds distinction without becoming distracting. 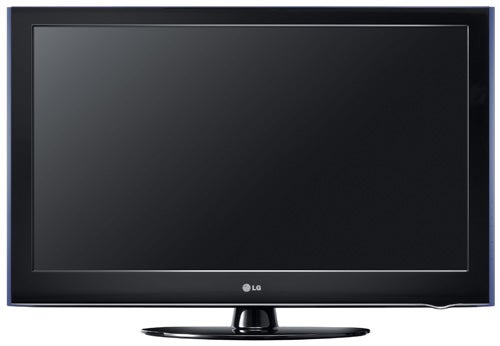 The 42LH5000 also sets a suitably cutting edge tone with its connectivity, thanks to its provision of four HDMIs; a USB 2.0 slot capable of playing JPEG, MP3 and even DivX HD video files; and a D-Sub port so you can easily use the screen as a computer monitor.


Other key specs of the 42LH5000 stack up well meanwhile, particularly the Full HD native resolution, and a good looking claimed contrast ratio of 80,000:1. Though of course, this latter figure needs, as ever, to be taken with a hefty dose of salt.


Clearly, though, the 42LH5000’s star trick is that 200Hz engine, which seeks to improve motion clarity and fluidity by calculating an extra three frames of image data for every ‘real’ frame coming in from a 50Hz source. What’s more, as with the Sony Z4500 TVs, the LG doesn’t just mindlessly repeat the same image three extra times, but rather calculates completely new frames of image data designed to fill in the image ‘gap’ left between the original 50Hz frames. 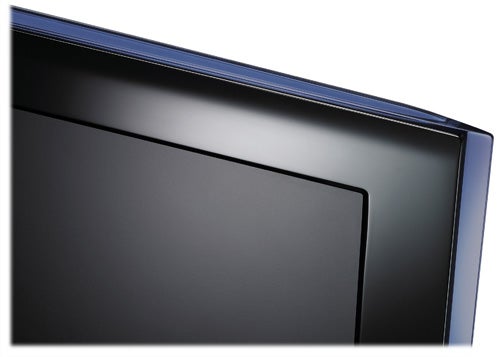 Great though this sounds, of course, a 200Hz system can only ever be as good as the processing engine driving it. So I’ll be keeping a keen eye out for processing glitches once I get round to assessing the 42LH5000’s picture performance. Especially as the TV also boasts LG’s Twin XD Engine processing, designed to improve a variety of different picture elements such as colour, contrast and detailing.


Thanks to a combination of pretty graphics, exceptionally clear text and mostly foolproof menu organisation, it’s really difficult to see how anyone could end up baffled by the 42LH5000. LG’s starting to get there with its remotes too, as the one provided with the 42LH5000 combines a clean, uncluttered layout with a nicely tactile ‘crazy paving’ finish.

Don’t let the simplicity of the 42LH5000’s front-end presentation fool you into thinking it lacks feature depth, though. There are actually all manner of tweaks and adjustments available for you to play around with.


Particularly helpful is a Picture Wizard, which uses a surprisingly large set of simple test signals to help you calibrate the picture correctly. Plus there’s an Advanced Control menu that offers such minutiae as multi-level dynamic contrast and colour settings, multi-level noise reduction, multi-level gamma reduction, an Eye Care mode that reduces the image’s brightness, and multi-level Edge Enhancement.


I was pleased, too, to find this Advanced menu containing an option to adjust the strength of the ‘TruMotion’ 200Hz processing, giving you a degree of flexibility with the processing that could come in handy for adapting it to different types of source. After all, the real time demands on the 200Hz processing engine will obviously be greater – and thus more prone to glitching – when watching a sports broadcast than they are with something relatively static like a studio chat show.


So wide-ranging are the 42LH5000’s adjustments, in fact, that the TV’s list of presets includes a couple designated ‘ISF Expert’. This indicates that the TV is primed for professional calibration by a trained Imaging Science Foundation engineer, should you be willing to stump up the necessary cash for their services. 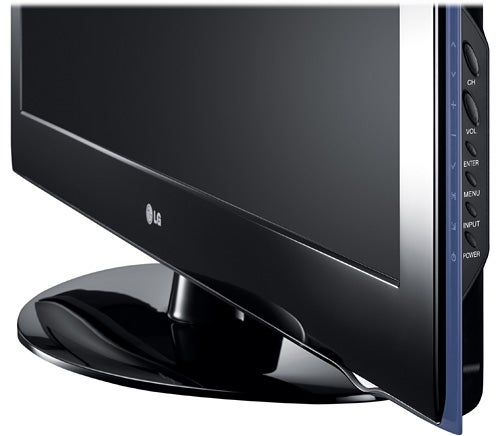 First impressions of the 42LH5000’s pictures suggests two key things. First, that its pictures aren’t quite as good as those of Sony’s Z4500 200Hz models. But second that they aren’t bad at all for their money, showing an immediate grasp of 200Hz that bodes well for the future.


Taking this latter feature onboard first, the degree to which the 200Hz engine improves the fluidity of motion and, especially, camera pans is truly impressive – even if you do the sensible thing and just use the feature’s ‘Low’ setting. What’s more, this nicely judged fluidity is joined by impressive motion clarity, with little if any of the blurring on show that usually blights LCD motion.


Perhaps the single most impressive – or at least, surprising – thing about the 42LH5000’s 200Hz engine, though, is how clean it is. By which I mean that provided you stick as much as possible with the feature’s Low setting, you’ll find that you get the extra fluidity and clarity without having to suffer anything major in the way of processing side effects.


The system isn’t perfect; really fast movements or pans, especially if there’s a vertical as well as horizontal component to them, can seem to flicker and jump for a fraction of a second. And even on the Low setting you also sometimes see a shimmering halo around moving objects. For a good example of what I’m talking about, check out the barman as he walks toward the poker table after being summoned so that Bond can order his famous favourite drink in ”Casino Royale”.


Still, while the TruMotion 200Hz engine might generate a few more glitches than Sony’s 200Hz approach, I’d also say that the benefits of 200Hz are also slightly more obvious with the LG screen, and aren’t accompanied by the slight softness sometimes noted with the Z4500s.

As usual with an LG television, the 42LH5000 scores another hit with the sheer dynamism of its pictures. They burst off the screen through a startling combination of strong, vibrant colours and impressive backlight strength, enabling them to dominate your vision and, more importantly, deliver a sense of impressive solidity and depth with both standard and high definition pictures alike.


I was also impressed by how natural the 42LH5000’s colours look, particularly with high definition using the Cinema preset. Colour blends look exceptional too, thanks to both the screen’s native Full HD resolution and, I’m inclined to think, improvements in LG’s latest XD Engine video processing system.


But crucially standard definition pictures don’t suffer anything like as severe a drop-off in colour toning as they’ve tended to on previous generations of LG LCD TV.


Still more good news concerns the sharpness with which the 42LH5000 shows HD pictures. With motion blur and judder largely removed by the 200Hz system, the degree of pure pixel-level detail and crispness the TV can resolve is left totally open to scrutiny, yet the 42LH5000 never left me feeling shortchanged of detail in any way, shape or form. 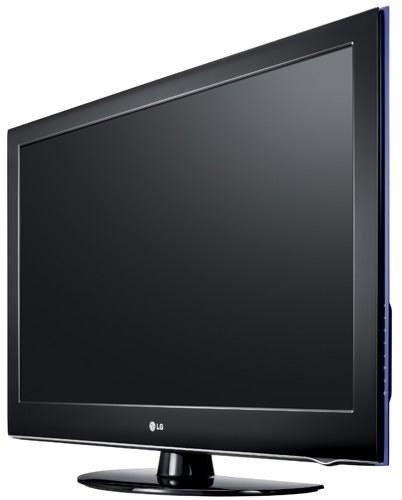 Standard definition pictures look decently sharp too. Though more important, so far as I’m concerned, is the fact that they also look much less noisy than we’re used to seeing them look on Full HD TVs, particularly earlier LG ones.


Aside from the on-balance easily tolerable 200Hz glitches, the only other thing causing concern about the 42LH5000’s pictures is their black level response. For instance, truly dark scenes or deep blacks within otherwise bright scenes suffer a little with the greyness that’s all too familiar with LCD technology, while also looking a bit hollow thanks to a lack of visible shadow detail.


To be fair, the problem isn’t severe by any means, and doesn’t stop the vast majority of the 42LH5000’s pictures from looking extremely dynamic and even a little cinematic. But it’s just troubling enough to cost the set that 9 or 10 score necessary to bag a TrustedReviews Recommended badge. Especially since black levels deteriorate if you have to watch the screen from much of an angle.


Turning to the 42LH5000’s audio, while the set’s soundstage is clear and detailed during relatively straightforward scenes, it doesn’t expand to embrace a loud action scene quite as dynamically as I would like.


LG might not have got everything right with the 42LH5000 – there’s definitely room for improvement in the black level and viewing angle departments. But it’s got to grips with 200Hz surprisingly albeit not perfectly well for a first try, and in doing so has yet again delivered a TV that’s nothing if not good value.