Even LG’s flagship TVs tend to be cheap as the proverbial chips these days. So it’s no surprise to find a set that sits relatively low down the current LG range, the 42in 42LH4000, currently selling for a measly £618.


What does come as a bit of a surprise, though, is how appealing the TV is. For while it’s no jaw-dropping classic in any particular way, as an all-round package for the money it has a lot going for it.


Take its design. The glass-like transparent top sheet that sits over the black bezel and protrudes slightly beyond it immediately makes it look more expensive than it is, while an extra touch of class comes from the way the left and right edges taper back into narrow slivers, creating the illusion that the TV is extremely slim. There’s even a dash of boldness, too, in the form of a hint of blue running along the TV’s bottom edge. 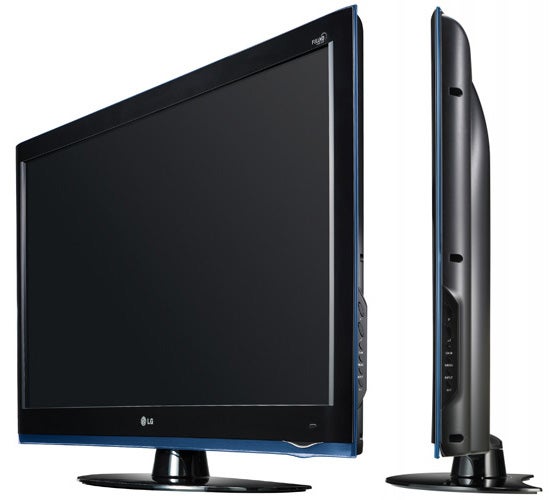 It’s fairly well connected for its money, too, with highlights of three HDMIs, a dedicated D-Sub PC port, an RS-232 control jack, and a USB 2.0 jack able to play MP3 music and JPEG photo files.


The 42LH4000’s feature count, meanwhile, looks even less like something that belongs on a truly affordable 42in TV. Particularly pleasing is its carriage of LG’s TruMotion 100Hz processing system, for reducing blur and judder when showing motion. But also potentially useful contributors to the TV’s performance are LG’s XD Engine video processing system, a wide colour gamut system, and LG’s 24p Real Cinema processing for handling 1080p/24 Blu-ray feeds. 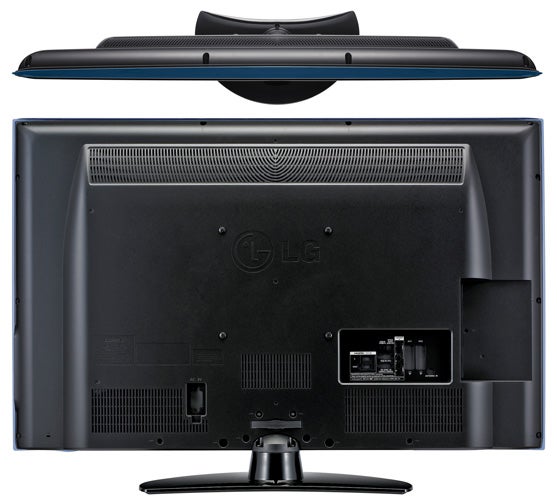 Then there’s the unexpected volume of image adjustments made available through the 42LH4000’s delightful onscreen menus. Tinkerers can get their hands, for instance, on a multi-level gamma adjustment, an edge enhancement system, a multi-level noise reduction system, separate and multi-level dynamic contrast and colour options, and even an eye-care mode that reduces the image’s intensity if you find the TV’s natural brightness levels at all straining. You can even adjust the strength of the 100Hz engine – a very welcome bit of flexibility indeed, for reasons we’ll cover a bit later on.


So extensive are the picture adjustments, in fact, that tucked at the bottom of the 42LH4000’s impressive list of picture presets are two ISF Expert options, indicating that the TV’s images can be professionally calibrated to suit your living conditions by an expert from the Imaging Science Foundation. Provided you’re willing to pay for their services, obviously. This sort of feature really isn’t something I’d expect to find on a sub-£700 42in TV. But obviously I’m not complaining!

It would clearly be an almighty shame if all the behind-the-scenes processing and flexibility LG has built into the 42LH4000 didn’t result in some decent picture quality. But thankfully it doesn’t let us down.


In fact, in many ways its pictures look quite a bit more than ‘decent’. In keeping with many other LG TVs, the 42LH4000 produces really vibrant, bright colours that give images an instant attraction and punch.


I was also very pleasantly surprised by how well the set handles motion. The 100Hz engine does a good job of removing judder from the picture, for a start. And it does so without generating many processing ‘nasties’ (like shimmering halos around moving objects, or ‘ghost’ cricket balls), provided that you keep it on its ‘low’ setting.

What’s more, even if you do find the 100Hz artefacts becoming annoying with some sources – most likely sporting events – and turn the processing off, the picture still doesn’t suffer badly at all with LCD’s common blurring problem.

Another thing that impressed me about the 42LH4000 was how well it upscales standard definition pictures to its Full HD, 1,920 x 1,080 pixel count. This is by no means always a strength of LG TVs, but I didn’t find myself nearly as upset by softness, emphasized video noise, off-key colour tones or blocky colour blends as I’d expected to be.


Only on one or two momentary occasions during my time with the 42LH4000 did I feel that its standard definition pictures looked unnatural enough to actually distract me from what I was watching – pretty good going given the inherently ropey nature of so many of the UK’s digital broadcasts.

The more eagle-eyed among you will have noticed, though, that the 42LH4000 has ‘only’ bagged a score of eight for its picture quality. And there are three main reasons for this.


First, while the 42LH4000 delivers respectable black levels with less ‘grey mist’ than we saw with the brand’s previous LCD generation, really dark scenes can still look a bit devoid of subtle shadow detail and thus a touch hollow and one-dimensional. The reason for this, I suspect, is that in the process of calibrating the image to deliver the most convincing black levels, you have to knock out a fraction too much brightness and backlight output. 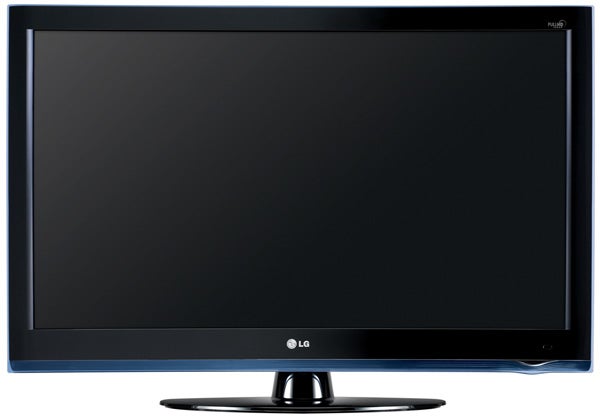 My other two relatively slight concerns about the 42LH4000’s pictures are that skin can appear slightly waxy with standard definition, and that HD doesn’t look quite as pin-sharp and detailed as the very best Full HD 42in screens around. Though this certainly doesn’t stop the step up from standard to high definition from being suitably pronounced.


Dragging ourselves away from the 42LH4000’s engaging pictures, it’s nice to find that its audio is perfectly respectable too. There’s enough space in the mid-range to accommodate vocals with authority and clarity, treble detailing is good without sounding harsh, and there’s even a touch of bass around.


The only problem, really, is the fact that there’s not enough raw power to allow the soundstage to expand much when asked to cope with a rip-roaring action scene.


Although the 42LH4000’s pictures aren’t quite strong enough in the black level department to earn the TV a nine or 10 rating, it’s actually one of my favourite LG TVs to date once you take its £618 price into account. For it looks pretty, sounds fine, and its pictures are never less than enjoyable, falling only a fraction short in quality of those found on LG’s more expensive, 200Hz-carrying 42LH5000.