To tell you the truth, I nearly missed LG’s 42LG6100. Partly because its model number is so similar to the already reviewed 42LG6000, and partly because if you happen to stumble across it sideways on, you might very well not notice it’s there!


What’s more, its slimness is the real deal. By which we mean that unlike Hitachi’s Ultra-Thin TVs. it manages to include digital and analogue tuners within its bodywork rather than requiring an external tuner/switching box. And unlike JVC’s Super Thin 42DS9, the 42LG6100’s 44.7mm thickness applies to its entire chassis, without the need for any unsightly bulge over a portion of the TV’s rear. Not that its eye-catching slenderness is the rear’s only appeal, mind you. For it’s also finished in a resplendent, high-gloss red that marks the 42LG6100 out as one of LG’s Scarlet models.


The TV’s stand is an eye-catching, mirror-finished metallic affair, meanwhile, and the fascia is a sharply contrasting high-gloss black, given extra pizzazz by the appearance of a translucent circle in the centre of the bottom bezel that alternates between subtle circles of red and white/grey illumination. Ooh, fancy. 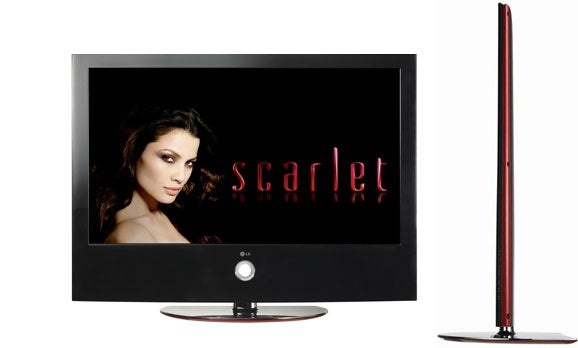 Of course while these flashing lights might seem like manna from heaven to me, breaking the monotony of my endless production line of TVs to review, there will doubtless be people out there who hate such distracting gimmickry with a passion. But if you’re one of those people, fear not. For the pulsing light is actually a ‘demo mode’ tucked away within the TV’s setup menus, and can be switched off as and when you like.


The set-up menus I just mentioned warrant a bit more attention, actually. For their unusually graphic-heavy, icon-driven, high-definition approach generally makes them some of the nicest menus we’ve come across.


At this point it’s time to head back around the 42LG6100’s rear. Not just to ogle at it again, but rather to take a gander at its connections. And a very likeable bunch they turn out to be, with four v1.3 HDMI inputs rubbing shoulders with other highlights of a dedicated D-Sub PC port and a USB 2.0 socket for direct JPEG/MP3 playback from attached USB storage devices.


The screen is also a full HD affair, with a great-sounding claimed contrast ratio of 50,000:1. Though before anyone gets too excited by this, LG has often proved to be one of the more optimistic measurers of its own contrast ratios…

Less open to debate is the impressive amount of video processing the 42LG6100 carries. The most significant component of this is its TruMotion 100Hz system, which not only doubles the normal PAL refresh rate to reduce motion blur, but also interpolates wholly new frames of image data designed to fill in the gaps between the real image frames to either side. The 42LG6100 also plays host to LG’s XD Engine, a multipurpose processor designed to focus on boosting the key picture areas of noise, contrast, colour, motion and sharpness.


As well as these ‘behind the scenes’ features (most of which can actually be turned on or off as you see fit), the colourful onscreen menus contain a striking number of tweaks. In fact, contrast boosters, noise reduction, a colour booster, gamma adjustment, and even a degree of colour management conspire to make the 42LG6100 ISF compatible. In other words, you could if you wanted, pay a trained Imaging Science Foundation engineer to come and optimise the TV’s picture settings to suit your living room conditions. 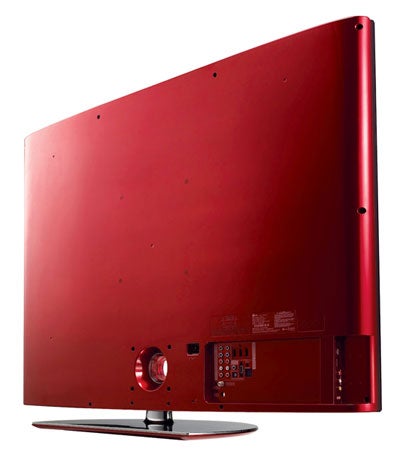 At this point it’s well worth reflecting on the 42LG6100’s price. For at only a smidge

over £600, it’s really very cheap indeed for a 42in TV with such a remarkably attractive and slender profile. Indeed, it kind of makes us wonder why other manufacturers’ slim TVs should have to carry such a premium.


As always when a manufacturer makes its first foray into a new technology, there have to be concerns about whether picture quality has suffered along the way. So it’s a relief to see almost straight away that while not perfect, the 42LG6100’s pictures certainly appear to be as good as those of most ‘normal’ LG TVs.


The picture’s contrast, for instance, looks impressive, with decently deep black levels sitting side by side with pretty extreme peak whites. This sort of talent inevitably helps colours look dynamic and vibrant – just the job for bringing my burgeoning garden and colourful collection of sweet-filled paper animals in Viva Pinata 2 to sparkling, joyful life. Ah. Stop sniggering at the back…. 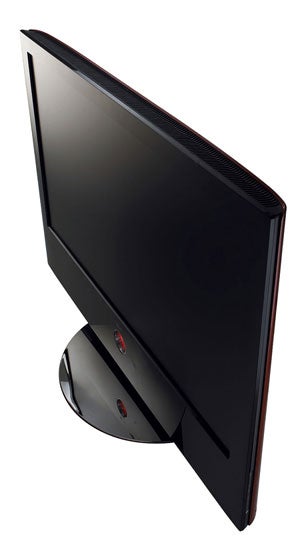 Tellingly, though, the rich colour saturations aren’t, like some other LG sets, delivered at the expense of generally natural tones. Skin tones, for instance, look both believable and very subtle with quality HD fare such as the town meeting near the start of There Will Be Blood.


Even better, colours don’t lose too much tonal accuracy with standard definition, either. Sure, there’s a slightly speckly, waxy look to standard def skin tones, but there’s only very minor trouble from the tendency to over-egg red and green colours with standard def sources that some LG LCD TVs exhibit.

I was also quite impressed by the sharpness of standard definition pictures, as the XD Engine upscales them to the screen’s full HD resolution with a really intelligent touch. There’s a bit more noise in these upscaled pictures than you get with the very best TVs, but the extra sharpness and mostly natural colours both make standard definition good enough, in my opinion, for such an affordable screen.


In some ways the TruMotion system works well too, really reducing the judder and blurring that LCD TVs so commonly suffer with. The effect isn’t quite as silky as with Philips’ HD Natural Motion or Sony’s 200Hz, but it’s better than I’d expected considering the 42LG6100’s price point.


However, I also found the TruMotion system a bit more glitchy than I’d like. Occasionally the system causes edges to flicker or shimmer during really rapid movement, presumably as the processing struggles to keep up. A particularly striking example of this occurs during the opening credits of Casino Royale, as the camera scrolls along an extreme close up of a computer screen. The pixel structure of the screen shimmers and distorts in a really quite strange fashion as the camera moves over it. 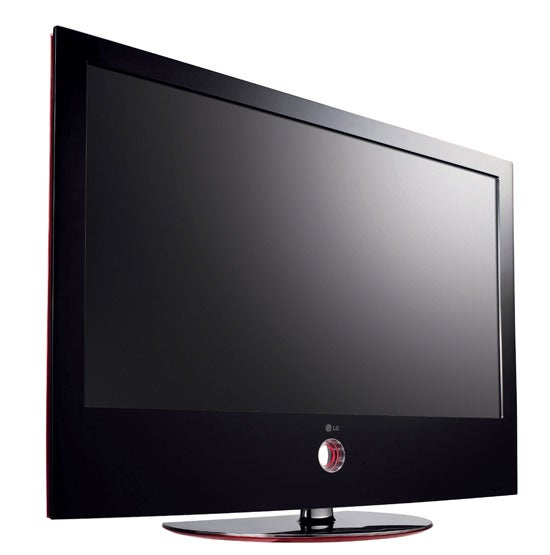 I also noticed that with high definition the TruMotion processing can cause occasional shots to stutter, as if a frame or two has been dropped. Casino Royale again serves up a great example of this, with strangely jumpy facial close-ups of Bond during the black and white fight in the toilets during the film’s prologue.


To be honest, these sorts of TruMotion problems occurred just often enough to persuade me to switch the system off for much of the time. But then if you do that, the image becomes much more prone to judder – though there’s not as much motion blurring as we might have anticipated.


Another issue I have with the 42LG6100 is the way its HD images don’t look particularly sharp. There just isn’t the same sense of exquisite texture, fine detail and ‘snap’ during, say, the desert sequences of No Country For Old Men that I’ve seen on some other full HD TVs.


Also, while black levels are reasonably deep, they do lack a little shadow detail versus the best screens out there. And as a final whinge, I have to say I wasn’t blown away by the 42LG6100’s audio. Trebles sound a touch sibilant, and a lack of bass can leave action scenes sounding slightly muddy and fat. Normal daytime TV sounds OK, but for speakers supposedly tuned by audio guru Mark Levinson, I have to say I would have expected something slightly better.


The 42LG6100’s stunning slim-line design and strikingly low price will doubtless win it many friends. And while its performance might not be quite good enough to earn the TV a wholehearted recommendation, I do at least feel confident that nobody seduced by the TV’s looks and price will be left feeling disappointed overall.