Back in December we looked and very much liked the UK’s first Freeview Playback TV: LG’s 42in 42LT75. So surely we can only have good things to say about the 37in version we’re looking at today, right? Well, actually…


First things first, though, which in this case means explaining to anyone not in the know what Freeview Playback is.


Essentially it’s an attempt by the terrestrial digital Freeview service to offer a recording system to rival the Sky+ system that satellite subscribers have been enjoying for years now.


What this means in practical terms for LG’s Freeview Playback TVs is that they have to a) carry a built-in hard disk recorder, b) carry two digital tuners so you can record one digital channel while watching another, and c) support such key digital-age recording features as pausing live TV and setting up series links. 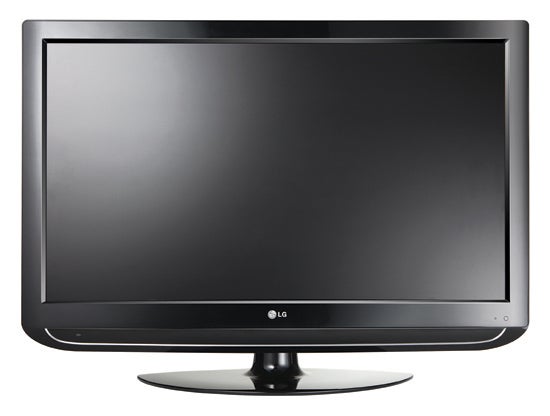 The HDD built into the 37LT75 is a healthy size at 160GB – enough, LG claims, to hold up to 57 hours of digital TV recordings. What’s more, since the TV records the digital stream of a Freeview broadcast directly, all 57 hours of these recordings should look and sound absolutely identical to their original broadcasts. God, how on earth did we live with our rubbish old VHS VCRs for so long?!


The HDD can actually expand its capacity to 86 hours if you record the TV’s analogue tuner, since here the TV allows you to select between various recording quality options depending on how much picture quality you want to sacrifice in return for saving HDD space.


All the key digital recording features work just great. Pausing live TV is no more complicated than pressing a single button on the remote, and Series Links are easily set via the attractively presented electronic programme guide. They’re dependent on broadcaster support to work, it should be said, but apparently more than 90 per cent of Freeview channel providers are already onboard.


On a similar note, the TV can also automatically record both parts of a ‘split’ show, such as a film divided by a news broadcast – again provided the broadcaster offers its support.

The 37LT75 can also tell you when you’ve set a recording that clashes and, even better, look for an alternative timeslot when the show you’re interested in might get repeated. Also on hand is the facility to ‘chase playback’, so that you can continue watching a programme you arrived a few minutes late to while the TV carries on recording it ahead of you.


The only slight disappointment in the 37LT75’s functionality versus a Sky+ box is that it only lets you record one digital tuner at once, not two.


One thing that’s really important to stress about all the 37LT75’s Freeview Playback features is how impressively easy they are to use. Sure, there are one or two small areas regarding the remote and the onscreen menus that could be improved, but for the most part it’s clear that LG has put considerable effort into ensuring that even the most technophobic TV novice will be recording like a good ‘un in no time.

This ease of use factor is, of course, essential. For there’s a very good chance that the likely buyer of a Freeview Playback TV will be a relatively casual AV user; the sort of person only just upgrading from an old analogue TV rather than the sort of person who’s long-subscribed to some kind of Sky package.


That said, LG’s Freeview Playback TVs will also doubtless attract a few people who’ve got Sky+ but who don’t want to keep spending all that monthly cash on their Sky subscriptions.


Moving away from the Freeview Playback system and into other areas of the TV’s features, its core specifications find a native resolution of 1,366 x 768 and a more than respectable claimed contrast ratio of 8,000:1. Obviously this latter feature is dependent on that increasingly ubiquitous LCD TV trick of a dynamic backlight, whereby the lamp output is reduced when dark scenes are detected to boost black level response.


By the way, if you’re feeling disappointed about the lack of full HD resolution on this set, our advice would be to get over it! For actually it makes all kinds of sense for a TV with a focus on Freeview Playback to opt for a 1,366 x 768 resolution, since this is a closer fit to the resolution of standard definition sources than 1,920 x 1,080.

Helping the 37LT75 get the best out of its sources, be they Freeview standard definition or an external high definition player, is LG’s proprietary XD Engine video processor. Targeted at the usual suspects of improving colours, black levels, details and motion, XD Engine hasn’t proved quite as effective on previous LG TVs as some rival processing systems. But we’ll reserve judgment for now.


Other noteworthy titbits include a black level booster; acceptance of 1080p/24 signals via the TV’s duo of HDMI sockets; a PC port; and the ability to tweak the XD processing system’s contrast, colour, noise reduction and MPEG noise reduction elements manually if you’re not happy with how the ‘auto’ XD Engine setting is working.


Actually, I’d recommend that you do experiment with these settings, for I definitely felt I managed to improve things on occasion by manually adjusting the XD contrast and colour constituents. 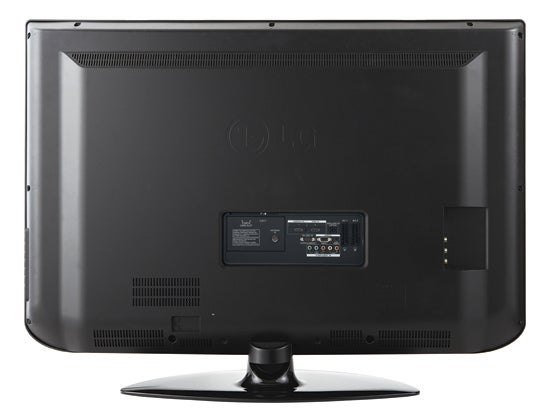 Focussing first on the 37LT75’s Freeview Playback performance, it’s a relief if not exactly a surprise to find its recordings every bit as accomplished as those of the 42LT75. And so, as we suggested earlier, things recorded from the digital tuner really do look identical to the original broadcast. Job done.


Oddly the 37LT75’s core picture quality doesn’t seem quite as likeable as we found it with the 42in screen, mostly because black levels suddenly don’t look anything special. It’s hard to say without having the 42in model in front of us any more if the slightly cloudy look to black parts of the picture is actually worse on the 37in, or whether we’re just noticing it more because of the quality of some of the latest LCD TVs we’ve seen since Christmas. But whatever the explanation, notice the odd black level issue we most certainly did.

In other ways, though, the 37LT75 lives up to our expectations nicely. For instance, colours are likeably vibrant during a run-through of ”Braveheart”, recorded in HD from Sky. But the vibrancy doesn’t come at the expense of reasonably (though not emphatically) natural tones.


HD pictures also look very sharp, especially given that the set doesn’t have a full HD pixel count. The set is thus up to the job of picking out the occasional thumb print on the figures of Wallace And Grommit in ”The Curse of the Were-Rabbit”, again recorded from Sky HD.


More good news finds actions scenes suffering less than might be expected from LCD’s motion smearing problems. Motion looks reasonably fluid, too, for the most part, with one very noticeable exception: 1080p/24 sources. With these the TV makes a right hash of things, leaving images looking unwatchably jerky and stuttery. But we don’t see this as being too heavy a problem on a set as relatively small as 37in, and the 1080p/50/60Hz signals the TV is comfortable with, all look fine. 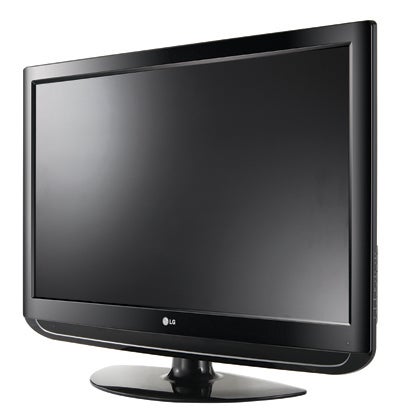 Arguably the most important thing about the 32LT75’s pictures is the fact that they deal really well with standard definition sources. LG has traditionally struggled to attune its picture processing and characteristics to the UK’s broadcast sources, but on here they look cleaner, more naturally coloured and sharper than we’ve ever seen from LG before. Maybe the UK-specific work that’s had to go into putting a Freeview Playback TV together has finally persuaded the Korean brand to address the criticisms we’ve raised in the past.


Although the 37LT75’s speakers don’t look up to much, contained as they are within a very narrow bar beneath the attractively presented screen, they turn out to be pretty potent, underpinning a clear, nicely rounded mid-range with a solid bass track and presenting a likeably wide soundstage.


While LG’s second Freeview Playback TV perhaps inevitably hasn’t caused as much of a stir around the TrustedReviews offices as the first one did, the 37LT75 is still a very accomplished, feature laden and easy to use little number that simply cries out to be auditioned by anyone who’s still to get round to ‘going digital’. One last thing before you decide to get one, though; you might also like to consider buying the 42in version instead, since at the time of publication, it’s actually going for £39 less than its smaller sibling!