One thing you certainly can’t call LG’s 37LG6000 TV is shy. For every inch of the bodywork wrapped around its 37in screen is a design statement, from the exceptionally sheer minimalism of its gloss-black fascia to the shiny silver and red trim of its half-moon stand and, most strikingly of all, the flamboyantly red finish applied to its entire rear side. Forget about Samsung’s ‘touch of red’ design; this is a ‘great big in your face explosion of red’ design, and I have to say that I, for one, like it. A lot. Notwithstanding the fact, of course, that most people will have the TV pushed right back to or hanging from a wall and so, um, won’t actually see the red bits…


Oh well. Even if you do have the TV positioned so that its distinctive Scarlet section is more or less invisible, you can still enjoy a splash of red courtesy of the circle of coloured red light that appears beneath the screen when the TV’s in standby. Please note that LG’s pursuit of flashness means that this circle’s lighting shifts to a tasteful grey when the TV is switched on. Or can be switched off completely if you find yourself being distracted by it while enjoying a particularly intense film or game.


The simple fact that I’ve already used so many words just talking about how the 37LG6000 looks speaks volumes for the extent of its aesthetic impact. Let’s just hope that the lovely design isn’t the only thing the set has going for it. 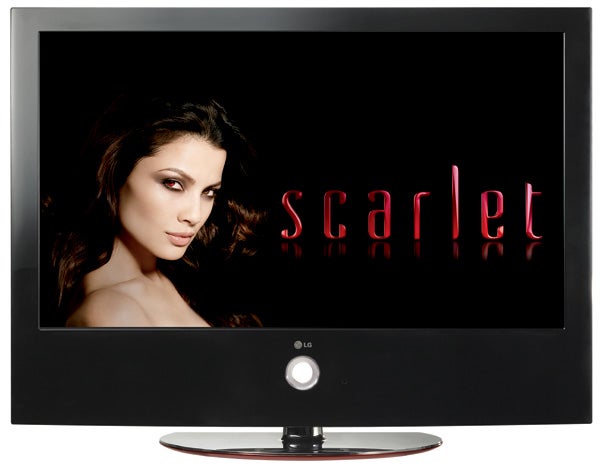 A search for the connections down the TV’s side and on that bright red rear suggests that the 37LG6000 certainly is not just a pretty face. For instance, it’s got four HDMIs – a real coup on such an affordable TV. Plus there’s a USB 2.0 jack for JPEG and MP3 playback and a dedicated D-Sub PC port alongside all the customary connection essentials.


The set also benefits from a Full HD native resolution, and a strikingly high contrast ratio of 50,000:1 – delivered, of course, via a dynamic contrast system that adjusts the output level of the backlight depending on how bright or dark a particular scene is.


Image processing, meanwhile, comes courtesy of LG’s XD Engine system, which works on a wide range of picture elements – colour, sharpness, noise reduction and so on. Great though this sounds, it’s worth bearing in mind that nearly every other brand has some similar sort of processing with a different name on its own TVs.


What’s certainly not common to most rivals, however, is the degree of image setting flexibility offered by the 37LG6000’s onscreen menus. Accessed via LG’s gorgeous new GUI, interesting options include an extremely high degree of backlight adjustment , a multi-level ‘fresh’ contrast booster, a ‘fresh’ colour booster, noise reduction, gamma adjustment, a black level booster, an eye care mode that reduces the images brightness a little to make long-term viewing less straining, and finally a picture preset that adjusts the picture settings in response to the amount of ambient light in the room.

With four two-way, Mark Levinson-tuned ‘invisible’ speakers and SRS TruSurround XT on hand to promise good audio, the only alarming absentee from the 37LG6000’s spec sheet is 100Hz. Let’s hope a pleasingly low claimed response time of 5ms means that I don’t find myself missing 100Hz too badly.


Actually, I don’t. For while motion isn’t as clear as on the very best, 100Hz-sporting LCDs around, it’s certainly much less prone to smearing and resolution loss than most non-100Hz LCD TVs – including the LE40A558 from arch-rival Samsung that we tested last week. What’s more, I have to say that having had a few problems with the glitching of a few heavy duty image processing engines in recent times, I actually quite enjoyed the sheer simplicity of the 37LG6000’s motion handling. At least there’s no flickering/shimmering/haloing noise to distract you from what you’re watching. 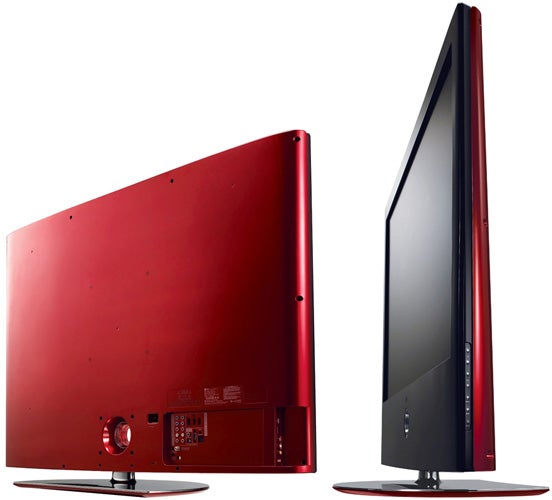 The 37LG6000 also does its best to keep you well and truly trapped within the world of whatever you’re watching with its colour response, too. For in keeping with many other LG TVs, the 37LG6000’s colour response is really quite extreme in terms of the vibrancy of its colour palette. The rich, pure tones of such animated fare as the Manga bits of ”Kill Bill” simply blaze off the screen, making the real world seem hopelessly drab by comparison, while more naturalistic fare such as the skin tones during dark scenes like those in the ‘recuperation baths’ in style-over-substance action thriller ”Wanted” also look unusually solid and tangible, for want of a better word.


Unlike a number of other recent LG TVs, though, the rich colours are not achieved at the expense of consistently natural tones. In fact, the colour tones I witnessed on the 37LG6000 are the best I’ve seen on an LG TV since the brand’s outstanding 47LG7000.


I noted earlier that the picture doesn’t blur as much as I would have expected considering the 37LG6000 doesn’t have 100Hz processing. And this fact serves it very well when it comes to producing a highly satisfying sense of the extra resolution and clarity delivered by a good HD Blu-ray or texture-rich HD console game like Gears of War 2.

More kudos should go to the 37LG6000’s image presets which, with the exception of the ludicrously over-aggressive Vivid mode the TV ships set to, are unusually well-calibrated to suit different types of source (sports, films, games, etc).


Finally in the plus column, the 37LG6000 shows that LG really is doing pretty well now at tackling its long-held problems with rescaling standard definition sources to Full HD screens. In fact, with all but the very lowest quality native Freeview channels, the 37LG6000 now reproduces standard definition with less noise and more colour accuracy than many of LG’s current rivals. Provided, at least, that you tone down the contrast levels and leave the noise reduction set to Low.


While the 37LG6000’s pictures can look spectacular, though, and are never less than enjoyable, they aren’t quite uncompromising enough to win my heart completely.


The biggest single problem is an old nemesis of LG LCD TVs: black level response. Even with the backlight set very low – as happens if you choose the TV’s Cinema preset – there’s still some noticeable greyness over dark scenes, leaving them looking both a little short of depth, and lacking in shadow detail. 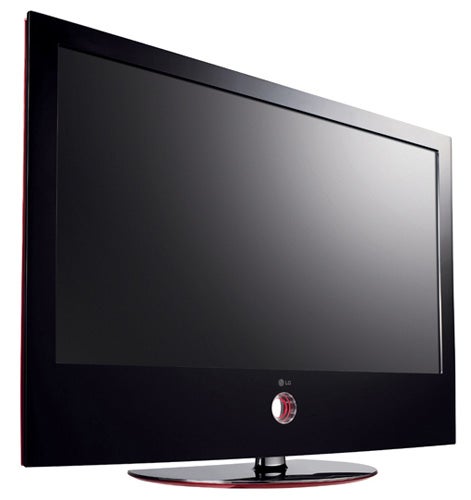 That’s not to say the 37LG6000 isn’t a big improvement in this area compared with previous LG LCD generations, though. And the issue doesn’t stop dark bits of predominantly bright footage from looking convincing. But it’s an undeniable fact that there are other TVs out there that do black level better – including, Panasonic’s 37PX80 plasma TV, which can now be found going for even less money than this LG if you look hard enough.


My slight concern over the 37LG6000’s black level response isn’t helped by the appearance of a couple of narrow strips of backlight seepage in the bottom left and top right corners of my review sample – though it’s important to stress that this seepage is on nothing like the level witnessed with a couple of Sony’s W4500 TVs, and is only even slightly distracting when watching extremely dark scenes.


Another little concern with the 37LG6000’s picture is the way it can judder slightly when showing motion. But this is so small an issue that I wouldn’t be surprised if many people who buy this TV don’t even know it.


Joining the 37LG6000’s extremely likeable pictures is a robust audio performance that contains a healthy blend of bass, treble clarity, rounded dialogue and soundstage width. In an ideal world the soundstage would open up a touch more during action scenes to prevent them from becoming just a touch muddy-sounding – but since when has an ideal world only cost £545?!


Although the existence of Panasonic’s stellar 37PX80 at a new, sub-£550 price ticket continues to give 37in LCD TVs a hard time, the 37LG6000 is nonetheless a mighty fine effort by LG that has got to be worth considering if a Full HD resolution and sumptuous design happen to sit at the top of your TV wishlist.