If LG’s innovative, recently reviewed LT75 Freeview Playback TVs aren’t floating your boat, perhaps because your televisual predilections are more HD-oriented, then the Korean brand’s new 37LF75 could be what you’re looking for.


The key facts about the 37LF75 are pretty straightforward: it offers a full HD resolution in a 37in screen for a price comfortably under £750. But just because its attractions are simple doesn’t make them any less enticing. Let’s just hope LG has managed to give the TV some decent picture quality too!


Before we get into that, though, we need to explore what else, if anything, the TV might have going for it. And things get off to a good start with its looks. 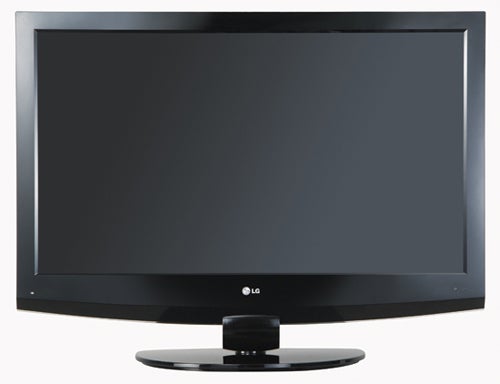 Connectivity goes beyond the call of duty, too, by including an impressive three HDMI sockets. What’s more, these HDMIs are all, as you’d hope with a full HD TV, equipped to take 1080p/24fps feeds of the sort used to encode most films to Blu-ray. One of the HDMIs can also be used to take PC feeds, though if you prefer the analogue PC route, a standard 15-pin D-Sub option is provided too.


Other connection highlights include a component video feed, and an optical audio output for passing on digital audio soundtracks received via the built-in Freeview tuner or the HDMIs to a suitable AV receiver.


Turning our attention to the basic screen specifications that LG quotes for the 37LF75, the TV boasts a perfectly fine 500cd/m2 brightness output and a superior-looking 10,000:1 claimed contrast ratio. Regular readers will realise immediately that this contrast ratio figure isn’t quite as cut and dried as it appears, though. For it’s only achievable with the assistance of a dynamic contrast situation, whereby the backlight is dimmed when the TV detects dark scenes, in a bid to improve black level response. In other words, you’ll never find the TV’s maximum brightness and maximum contrast ratio co-existing in the picture.


But while plasma TVs can usually avoid this sort of trade off, it should be said in the interests of fairness that practically all other LCD TVs also use ‘dynamic backlight’ systems to improve their contrast ‘scores’ – and some of them manage to get very good results, too.

Dominating the features inside the 37LF75’s very attractive and slick onscreen menu system is LG’s XD Engine video processing. Focussed predominantly on boosting brightness, contrast, motion handling and detail, we have to say we haven’t always found the XD Engine to be the most aggressive or successful processing engine in town. But LG refines it with every TV generation, so let’s not get too prejudgmental.


It’s worth saying, too, that LG helpfully allows you to adjust elements of the XD Engine yourself, such as the extent of its black level ‘boosting’, and its standard and MPEG noise reduction operations.


While many TVs feature picture processing systems at least similar in scope and spec to the XD Engine, the 37LF75 additionally offers something more unusual: Faroudja’s DCDi processing for enhanced de-interlacing, resulting – we’d hope! – in less jaggedness around contoured edges. 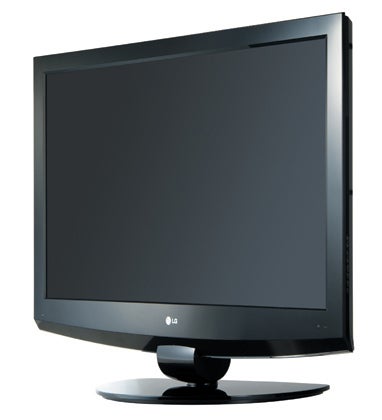 As if all this wasn’t already more than you’ve any right to expect of a TV as affordable as the 37LF75, it’s also got a Cinema mode for adjusting the set’s progressive processing to better suit film (as opposed to video) sources; a pseudo surround sound processor; and a Just Scan aspect ratio setting that ensures 1080-line sources are shown pixel for perfect pixel, with no overscanning processing applied.


Kicking off our tests with the Blu-ray of ”Harry Potter And The Order of the Phoenix” (I had my nephews round over the weekend – honest!), the LG’s HD performance proves to be frequently very impressive.


Bright, extremely sharp footage such as the opening scenes in the children’s playground look really spectacularly sharp and detailed, as the 37LF75 gets the absolute maximum value from its full HD resolution. This same full HD panel attribute helps it deliver impressive colour blend finesse too, thanks to the extra pixel density.


The sort of clarity we’re talking about doesn’t even get messed up badly during action scenes, when you’d expect LCD technology’s traditional difficulties showing fast motion to cause smearing and overt resolution loss. There’s certainly a little evidence of both problems with the 37LF75, but it’s far less aggravating than with many rival LCD TVs – even some costing considerably more.

LG’s LCDs have long been notable for the richness and brightness of their colours, and that trend happily continues with the 37LF75. The colour-rich scenes in Hogwarts’ great banqueting hall thus look extremely vibrant and dynamic, while the cartoon-like garden of ”Viva Pinata” on the Xbox 360 (see, I told you I’d had my young nephews round!) is a veritable riot of colour.


Perhaps inevitably for its money, though, the 37LF75’s pictures do suffer a couple of brickbats. First and worst, their black level response is rather average, leaving the dark scenes in the Order of the Phoenix’s Department of Mysteries feeling a little cloudy and flat. You can get rid of the greyness to some extent via the TV’s black level booster, but this generates problems of its own in the shape of dark corners that look hollow and thus somehow separate from the rest of the picture. 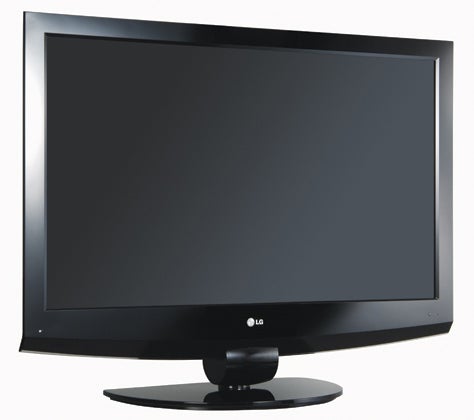 The second problem finds the 37LF75 looking a touch rough with some standard definition feeds received via the digital tuner. For instance, the picture’s naturally aggressive flavour tends to slightly exaggerate any MPEG noise a standard def broadcast might contain, especially if you don’t tone down the set’s colour and contrast levels from their factory presets.


As for the 37LF75’s audio, it’s no great shakes, chiefly thanks to a lack of bass to flesh out a healthy action scene. Still, this is hardly uncommon in flat TV circles, and at least trebles are bright and clear and vocals retain their integrity under all but the most extreme duress.


If money’s no object, you can certainly find better full HD LCD TVs than the LG 37LF75. But considered more fairly in the context of its highly affordable price, it at least warrants a place on any sub-£800 audition list.