Even in today’s world of plummeting prices and cut-throat competition, LG’s 37LF66 looks, on the surface at least, to be something a little bit special. For despite being readily available online for under £600, it offers a very respectable 37in screen size together with the sort of features and specifications that you’d be happy to find on a similarly sized TV costing twice as much.


Getting the ball rolling nicely is the TV’s very attractive design. Yes, the glossy black bezel isn’t particularly innovative, but there’s enough class in the TV’s subtle sculpting to make it stand out. Plus the glossiness of the finish seems that bit more, well, ‘twinkly’ than usual. And you can’t beat a bit of twinkle, can you?


The set’s connections belie its remarkably low price, too, by placing alongside such likeables as a PC port, SCARTs, a component video input and a digital audio output, two HDMIs that can handle the 1080p/24fps format now delivered from the better HD DVD and Blu-ray players out there. 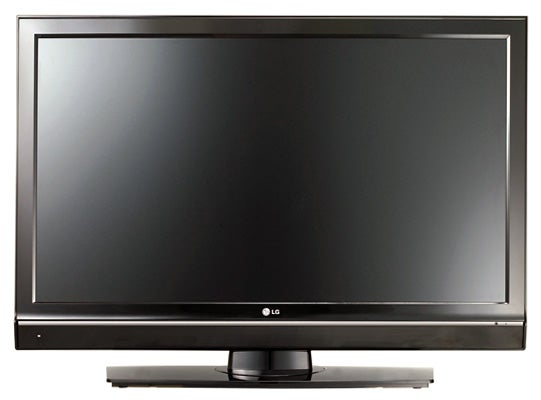 To clarify this point, having two HDMIs isn’t anything special even on a cheap TV; anything less would be criminal these days. But being able to accept a 24p full HD picture certainly cannot be taken as read on a cheap telly. In fact, there are many considerably more expensive TVs around that still don’t cater for this purest of HD disc output formats.


Of course, there arguably wouldn’t be any great point supporting 1080p/24 playback if the 37LF66 didn’t also have a full HD pixel count onboard to show such pristine sources without nasty scaling processing. So it’s no great surprise to find the necessary 1,920 x 1,080 pixels all present and correct, complete with an overscanning-free ‘1:1′ pixel mapping mode.


While we might not want any scaling taking place with our HD sources, though, we certainly want our standard definition sources to be rescaled to the 37LF66’s high pixel count as effectively as possible. And here too the LG seems to have the angles covered thanks to a combination of two image processing systems: LG’s own XD Engine, and Faroudja’s acclaimed if slightly long-in-the-tooth DCDi system.

The XD Engine works on a variety of image elements, including colour toning/saturation, black level response, motion crispness, and general sharpness levels, while Faroudja’s DCDi system is intended to reduce the jaggedness that can appear around contoured edges on flat TVs. Systems similar to the XD Engine are 10-a-penny now, but few rivals – especially at the 37LF66’s kind of price level – bother with Faroudja as well.


Although the XD Engine goes about the majority of its business automatically, whether you like it or not, it does thoughtfully place one or two elements in your hands, such as how much noise reduction you want it to apply, and some pretty sophisticated colour processing applications.


One final point about the 37LF66 we’re happy to spot on so cheap a 37in TV is an automatic backlight system, whereby the image’s brightness automatically dims when dark image content is detected, in a bid to produce deeper black levels. Thanks to this system, the 37LF66 is reckoned to produce a contrast ratio of 5,000:1 that compares very well indeed with the figures of 1,200:1 or less commonly experienced on ‘budget’ models. 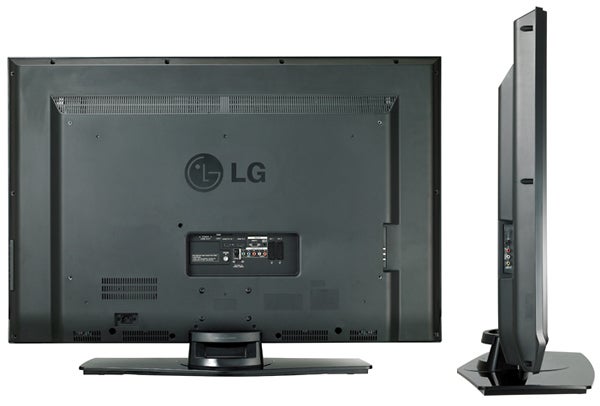 Unfortunately, though, our experience of the 37LF66 in action merely proves just how unreliable as a selling point contrast ratio figures really are. For rather than the inky blacks we were hoping to see, we’re left staring at the all-too-familiar sight of a pall of greyness hanging over dark scenes. This results in the obscuration of background details, a reduction in image depth, and one or two extra wrinkles for your face as you’re forced to squint through the murk during dark scenes to try and make out what’s going on. During the sequence in ”Kill Bill Volume 2”, for instance, where the Bride is buried alive, the whole in-coffin sequence just looks like an indeterminate grey mush rather than a terrifyingly intense if entirely preposterous moment of movie genius.


Black level shortcomings also tend to cause some flattening of colour tones during dark scenes, and this holds true for the 37LF66. And so while colours during bright scenes like Captain Jack’s famous first ‘docking’ in the ”Pirates of the Caribbean” look impressively rich and fulsomely saturated, during dark scenes like those where the Black Pearl attacks the fort at night various tones – but especially skin tones – slip between looking over-ripe or pallid, with little rhyme or reason.

As we’ve somehow slipped into covering the 37LF66’s bad points first, we might as well carry on to the end with our final moan: a pretty uninspiring approach to standard definition. This sees the set exaggerating noise levels and making all but the highest quality of standard definition sources (that’s most Freeview channels out, then!) look a bit unnatural and forced.


For all its problems, though, the 37LF66 does have one ace up its sleeve that just about saves its blushes, and that’s its exceptional crispness with HD sources. Every last detail in those much-talked about facial features on the Xbox 360’s ”Mass Effect”, for instance, is rendered with blistering accuracy, and without a trace of the noise that so damages standard definition pictures. 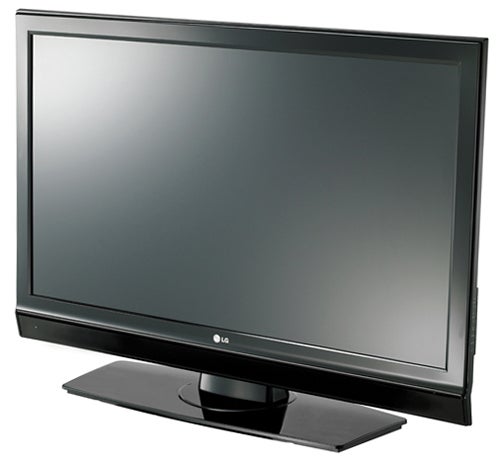 With HD films rather than games, meanwhile, the impact of the LG’s sharpness is just as profound, with the added benefit that the set also seems to handle fast motion much better than anything else we can think of in the same price bracket. In other words, there’s surprisingly little of the blurring problem seen with many LCD TVs.


Provided it’s showing a bright, colourful scene from an HD source, the LG 37LF66 can deliver really outstanding pictures – and in this respect it definitely outguns most other budget LCD TVs. The only ‘little’ problem is that sadly we happen to live in a world where standard definition and darkness still have a rather significant part to play in our lives, meaning that for much of the time the pictures you’ll be watching on the 37LF66 really aren’t very special at all.