It’s no accident that LG and Samsung are responsible for more than their fair share of the TVs we’ve covered so far at TrustedReviews. The two Korean giants are exceptionally prolific by AV standards, rolling out new LCD and plasma ranges almost faster than we can keep up with them (and supplying panels to many other AV brands while they’re at it). So if there’s one thing we should definitely be able to expect from LG’s latest 37in LCD offering – that it’s fully loaded with the latest features we now expect of an LCD TV circa August 2006.


It’s certainly got the sort of looks necessary to make it in today’s ultra-competitive environment. In fact, with its ultra-robust build quality, matt black colour scheme and cool silver strip it’s more or less a ringer for some of Sony’s recent Bravia sets – and that’s about as big a compliment as we can give! 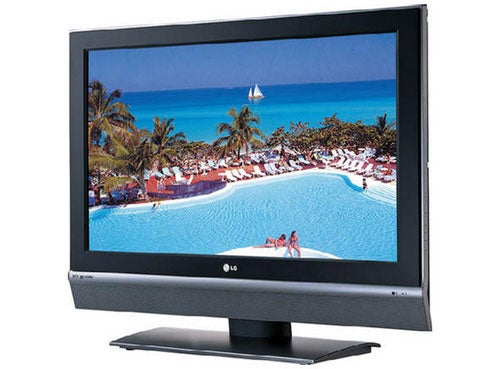 There’s an early disappointment with the TV’s connections, though, as we discover only one HDMI socket. Admittedly this socket, in conjunction with a single component video input, ensures the TV satisfies the connectivity portion of the key ‘HD Ready’ specification. But we’re really starting to expect to see two HDMIs these days. After all, the Sky HD box is already here demanding one HDMI, and the PS3 and Blu-ray/HD-DVD decks are only just round the corner demanding at least one more. Especially as the analogue HD component video jack should, of course, be occupied by an Xbox 360!


Other connections shape up OK, though, with highlights being three SCARTs, a D-Sub PC jack, and two key supports for what’s clearly a built-in digital TV tuner: a CAM slot for adding subscription digital services, and a digital audio output through which you can enjoy Dolby Digital 5.1 audio streams should Freeview get round to broadcasting any.


As you’d expect these days, the 37LC2D also backs up the digital tuner with full compatibility with the Freeview 7-day electronic programme guide – and in fact presents its listings information unusually well.

No new LCD TV worth its salt seems able to launch without boasting some proprietary image processing engine, and the 37LC2D is no different. LG’s take on the processing game goes by the name of XD Engine – though despite the fancy name, in truth it doesn’t really do much substantially different to the majority of its rival systems. Which is to say its main focuses are enhanced noise reduction, making movement within the picture look smoother and cleaner, improving colour response (in terms of both saturation and tone), and making pictures look sharper and more contrast-rich.


Still, although the vast majority of today’s picture processing systems generally attempt to achieve more or less the same ends, our experience suggests that the level of success they each achieve can vary dramatically. So hopefully XD Engine will turn out to be one of the better examples. 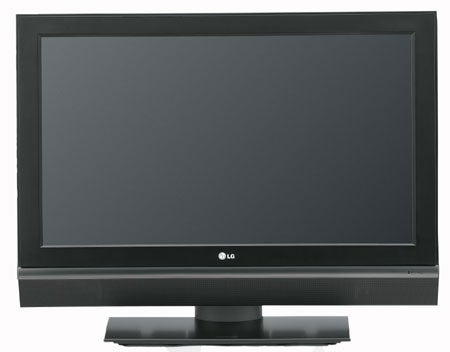 Other key specifications for the 37LC2D find a very credible claimed contrast ratio of 1600:1, and a native pixel count of 1,366 x 768 which, together with full compatibility with the necessary 720p and 1080i HD formats, completes the TV’s HD Ready journey.


The set’s attractive and well-organised onscreen menus, meanwhile, offer a pleasing degree of flexibility for the user. For instance, there are separate MPEG and XD noise reduction options, with the former reducing the appearance of the digital decoder ‘blocking’ noise that’s particularly prevalent with digital TV broadcasts, while the latter tackles a range of other noise types such as grain and mosquito noise. Also worth a tinker are options for tweaking the picture’s flesh tones, green tones, and blue tones.


The disappointing thing about all this flexibility, though, is that no matter how much we experimented with all the options, we never quite managed to achieve a picture we really liked all that much.

Probably the single biggest problem is the 37LC2D’s underwhelming black level response. Despite the (seemingly very optimistic) 1600:1 claimed contrast ratio, dark scenes all too often seem to appear through the sort of vale of grey mist that always characterises flat TVs with black response issues. This further means that dark scenes tend to lack the sense of scale witnessed with better black level performers, not least because the subtle background details that help your eye perceive a sense of 3D depth in the picture can get lost in all the greyness. 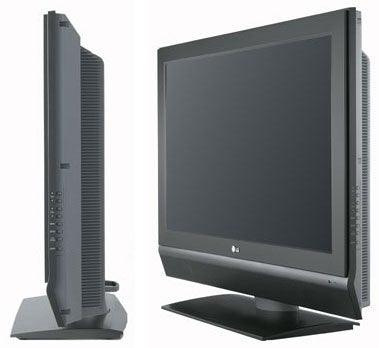 The final big issue we have with the 37LC2D is its apparent dislike for standard definition sources. Feed the set a typical digital or – heaven forbid – analogue tuner signal, and the TV’s processing just doesn’t seem to know what to do with it, resulting in pretty unpleasant levels of motion smearing and all sorts of other distracting image noise.


We’re not trying to say here that the 37LC2D’s pictures are unremittingly bad, mind. LG’s got more experience in the LCD game than most, and this can be seen in such strengths as exceptionally vibrant colours that really draw your eye to the screen (even though, as we’ve seen, they occasionally go too far); plenty of sharpness and fine detail with high definition sources; and a general level of brightness that makes LG’s 500cd/m2 claimed light output for this screen seem very pessimistic.


The set’s audio is more than capable too, delivering richer, deeper bass and more sheer power and soundstage size than is common in the LCD world.


This LG’s attractive price, lovely looks, healthy feature count and aggressive approach to pictures will doubtless help it stand out from the LCD hordes down at your local high street electrical store. But if you make the effort to see past all the surface pizzazz, you’ll find the truth in the old adage that all that glisters isn’t gold.