When you see TVs like LG’s 37LB1DB, it really is no surprise that Korea has stolen Japan’s TV thunder (not to mention a hefty chunk of its market share). The 37LB1DB is, in a word, gorgeous. First, there’s the all-over high-gloss, jet-black finish. Then there’s the unusual chunky little base the TV perches on, which rotates smoothly on the flat foot beneath, despite its bulk. And last but not least, there’s the achingly cute way a little blue-on-black LED at the top of the base illuminates to show you which AV input you’re watching. The retro chic effect this little LED produces possibly owes some debt of gratitude to the design of LG’s KG810 mobile phones – and there’s certainly no harm in that.


Connectivity continues the 37LB1DB’s great first impressions. Two HDMIs get the HD ball rolling, backed up by the component jacks required for ‘HD Ready’ compatibility (and Xbox 360 connection). Then there’s a D-Sub PC jack, three Scarts (though only one’s RGB-enabled, sadly), the usual S-Video and composite video stalwarts, and even a digital audio output and a PCMCIA slot.


These latter two jacks are there because the 37LB1DB has a built-in digital tuner. The digital audio output enables you to pipe Dolby Digital 5.1 soundtracks (should Freeview ever broadcast any) to a suitable AV receiver, while the PCMCIA slot can be used for introducing conditional access cards for digital subscriptions services such as Top Up TV.


Other feature fodder of the digital tuner includes support for the 7-day Freeview electronic programme guide (EPG), including the facility to set recording events simply by selecting programmes from the EPG listings. 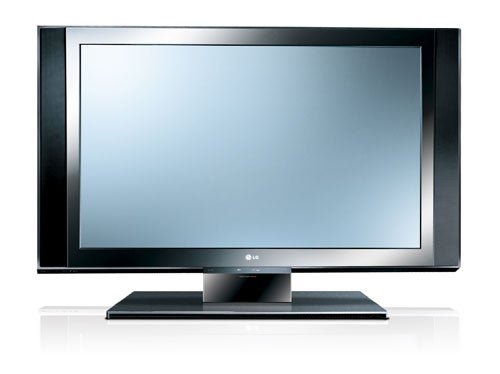 Other than this, probably the 37LB1DB’s only truly significant feature is its XD Engine picture processor. XD Engine is a proprietary LG system comprising six core elements: PurePalette, ContrastPRO, VistaBright, OptiGrade, CrystalVue and RealCinema. Thankfully we don’t need to get into long-winded explanations of all these six elements; it’s enough to say that they’re targeted at boosting colour range, black levels/contrast, brightness, noise level suppression, fine detail and motion.


While XD Engine does the bulk of its work behind the scenes, there are a few handy user-adjustable segments to it as well. For instance, you can adjust the set’s green tones, blue tones and fleshtones; call in ‘XD Noise Reduction’ to tidy up generally grubbiness; and call in MPEG noise reduction to reduce the potential impact of MPEG blocking interference while watching digital sources (most likely a Sky Digital or cable digital receiver).


As usual, we started our tests of the 37LB1DB with a selection of high definition feeds from Sky’s HD service. And we were really pleased with what we saw.


The set immediately ticks the HD fine detail box, doing a sterling job of rendering every last lovely pixel of, say, an episode of Later With Jools (one of the BBC HD services best-looking shows). If there’s a grain of dust on the studio floor, the LG will show it.

The same aggressive approach to detail also serves the 37LB1DB well with Xbox 360 games and HD DVD movies played through the new Xbox360 HD DVD drive, both of which look exceptionally life like and, for want of a better description, ‘truly HD’.

Another string to this LG’s bow is its colour response. For starters, colours are presented with plenty of the lovable vibrancy that LCD has made its trademark, being driven off the screen with almost visceral intensity at times. But unlike some fellow LCD wannabes, this level of colour aggression is not achieved at the expense of a consistently natural and believable colour tone. Even notoriously tricky to show skin tones like those in the Mines of Moria in The Fellowship of the Ring are reproduced with aplomb.


Other HD highlights include sharp but never over-stressed edges, some reasonably crisp and smear-free motion, and black levels which, while not exactly the deepest around, are at least profound enough to give all but the very darkest scenes a good sense of dynamism and solidity. 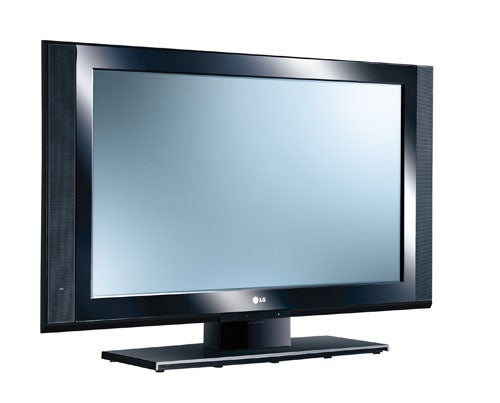 Overall, the 37LB1DB’s HD antics all strike me as being well beyond the call of duty for a 37in flat TV selling for south of a grand.


So it’s a real shame that the set’s standard definition pictures are so weak by comparison. Particularly upsetting is the amount of noise present in standard definition pictures. Whether it’s grain from an analogue broadcast or the blocking noise caused by a digital receiver’s MPEG decoding process, something in the LG’s picture make up tends to bring it to the fore.


LG has, of course, provided the XD NR and MPEG NR options specifically to deal with the sort of problems we’re describing. But neither is totally successful in achieving its ends, and both cause the image to look too over-processed and soft for comfort. 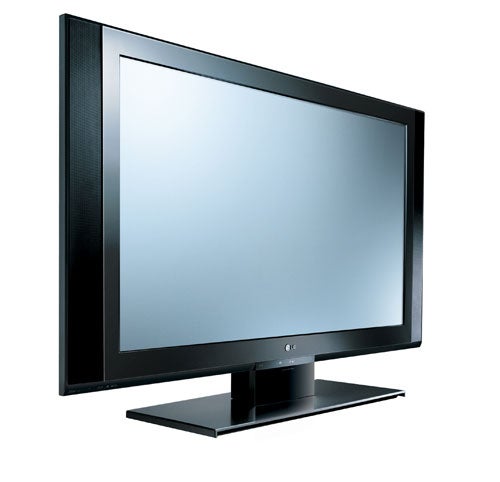 It also seems to us that the 37LB1DB loses some of its natural touch with colours during standard def viewing, and succumbs to noticeably more motion smearing.

The unassuming speakers tucked along the left and right edges of the 37LB1DB turn out to be slightly more powerful than they look. A tendency for vocals to be overwhelmed during action scenes and a slight lack of bass extension means they’re no match for the efforts of true audio stars like Panasonic’s LX600 range or anything from Loewe, but they get the job done with plenty of treble detail and without harshness or distortion.


If it were up to us, every last TV programme broadcast would be in high definition, and every home would have a Blu-ray/HD DVD player and/or an Xbox 360. But sadly it’s not up to us, and the world’s got a long way to go yet before standard definition is a thing of the past. So while we admire the LG 37LB1DB’s ultra-affordable high definition talents (and stunning design) immensely, its troubles with standard definition currently make it impossible for us to give it an unreserved recommendation.