If there’s one thing 2011 has shown us so far, it’s that we really aren’t bothered about having 3D on 32in TVs. Even when that 3D is done brilliantly well, as with Panasonic’s 32DT30, 32in is just too small to serve up useful 3D thrills – unless, perhaps, you’re an avid game player in a small room.

With this in mind, for us LG’s new 32LV550T 32in TV gets off to a grand start by NOT carrying 3D. Especially since this lack of 3D allows it to tick a much more important box on our 32in TV wish list: value. For impressively, the 32LV550T delivers edge LED LCD lighting, a fully fledged Smart TV system, picture controls galore and loads of multimedia playback options for just £500. 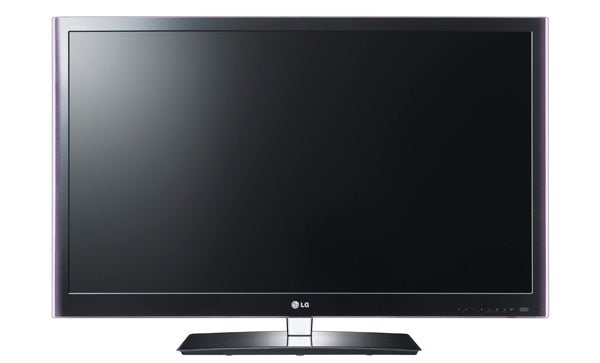 Actually, it’s not a bad picture performer either – but we’ll get into that later. Right now we should start where your experience with the 32LV550T would start: with its looks. And the 32LV550T is a chip off the reliably attractive old LG block in this respect, with its appealing high-gloss finish and subtle transparent outer trim. It’s not, however, as overtly stylish or original as some previous LG models have been, which is a little disappointing.

Where the 32LV550T really gets our attention is with its connections. The amount of options it carries gives many flagship TVs a run for their money, with highlights including four HDMIs, two USB ports, a LAN socket, a D-Sub PC input, and even an RS-232C port to support integration of the TV into a wider, centrally controlled home network.

What’s more, the multimedia features enabled by these ports are strikingly extensive. The USBs can play back a wide variety of files from USB storage devices, taking in movies and music as well as JPEG photos. The LAN port can stream in the same wealth of files from PCs, with the 32LV550T going a step further than other brands of TV by offering compatibility with the Plex multimedia platform, which seeks to provide a more intuitive and well organised ‘front end’ to your file playback.

The USBs can additionally be used to make the TV wi-fi ready via an optional extra dongle, while the LAN port doubles up as the portal to what’s arguably the 32LV550T’s headline feature: its Smart TV functionality.

This new (for 2011) Smart TV system is a considerable advance from LG’s NetCast 2010 online service. For one thing, the Smart TV features are now accessed by a much more useful ‘header’ screen, which organises the extensive online services – and the TV’s other AV sources, come to that – very well, via extensive use of easy to follow icons.

Also, of course, LG has considerably ramped up the amount of content its online TV service supports. For us, the headliners of this content are predominantly related to video streaming services, such as the BBC iPlayer, YouTube, the AceTrax film purchase/rental service, and MLB.tv: the latter being a treat for the, um, handful of people in the UK who love American baseball so much they’re willing to pay a subscription to watch it!

We also got good mileage out of a decently presented internet radio tuner, can see the potential of the onboard Facebook and Twitter tools, and initially enjoyed browsing the virtual ‘shelves’ of LG’s new app store. Until it dawned on us that a rather high percentage of the apps on these shelves were really pretty feeble.

Many are just very basic games that seem hopelessly outdated in an era when even a few grandmas we know have Nintendo DSes. And some others, such as a Tarot card app and an app about musical wine glasses, are ‘minority interest’ to say the least. 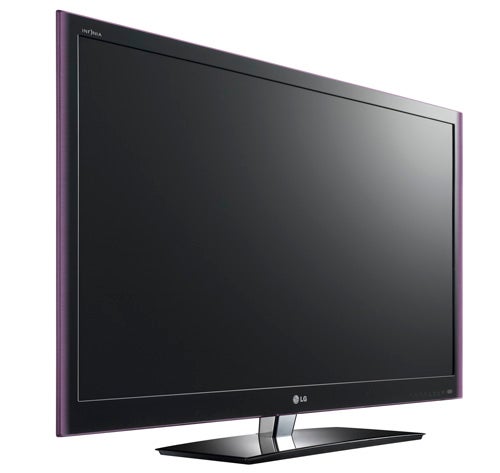 Overall, while the efforts of LG’s Smart TV service certainly add some genuinely useful content to your TV, not for the first time we’re left feeling like the future of Smart TV functionality lies in video streaming rather than offering dozens of essentially useless bits of app fluff. If we want to waste our lives with those, we’ll use our smartphones, thanks very much!

One last thing to say about the 32LV550T’s multimedia abilities is that while we see the potential in LG’s tie-up with Plex, right now the platform is too difficult to get working – especially with a Mac – and a little too unstable to garner the widespread interest it deserves. Hopefully LG and Plex will refine their interface in the coming months.

Out of the box, the 32LV550T’s pictures didn’t impress us all that much, with black level response looking particularly problematic. But thankfully the set provides the tools to fairly easily tweak pictures into a much more likable place.

So extensive are these tools, in fact – including colour management, white balance and gamma controls – that the 32LV550T is endorsed by professional calibration group the Imaging Science Foundation (ISF).

Technophobes will be relieved to hear, though, that while micro-managing the set’s colours and white balance is certainly time well spent if you can be bothered, you can significantly improve pictures just by spending a few minutes with the set’s provided Picture Wizard tool.

Once they’ve been set up right, the 32LV550T’s pictures become very enjoyable. Black level response, for instance, goes from average to pretty good, with much less ‘grey mist’ hanging over dark scenes than was the case using the TV’s out of the box settings. What’s more, the edge LED lighting produces its decent black level response without sacrificing too much brightness, so that bright parts of predominantly dark pictures still enjoy an attractive degree of punch.

The 32LV550T also impresses with the ‘snap’ of its HD pictures, which look detailed, sharp and clean. Not all 32in TVs can do HD full justice, but the 32LV550T is certainly one that can. Its talent for detail extends, moreover, to its colour reproduction, as it does a very tidy job of producing HD colour blends so that they look completely smooth rather than like a series of obvious gradation ‘steps’.

Colours are very vibrant too, driven out by a startling degree of brightness from that edge LED engine. However, neither the strong colour saturations nor the high degree of brightness cause any major issues with video noise. Indeed, there seems slightly less noise in the 32LV550T’s pictures than there we noted with the images from the 3D LG TVs we’ve seen this year.

Yet another strength of the 32LV550T’s images is that they handle motion very nicely indeed by the standards of sub-£500 32in TV market. There’s a touch of resolution loss, but it’s minor, and hardly ever slips into obvious smearing.

What’s more, even if something you’re watching does suffer more with resolution loss than you’re happy with, you can improve the problem via LG’s onboard TruMotion processing. Just bear in mind that you shouldn’t use this feature all the time, as it can cause a few distracting side effects.

After finding LG’s recent 3D TVs suffering with upsetting amounts of input lag, it’s a relief to be able to wrap up our positive impressions of the 32LV550T by saying that using its Game preset, we measured its input lag at a perfectly respectable 40ms. Other image presets ramp this up to more than 100ms, at which point your gaming skills become considerably compromised. But stick with the Game preset and you should be fine.

The first of our two main problems with the 32LV550T concerns its standard definition performance. After the crispness of the set’s HD pictures the relative softness of standard def images really is striking. Colours seem to lose a touch of their naturalism with standard def too – at least when the source quality is particularly low, as with some of the grungier Freeview channels.

The other area LG could do with working on for next time is audio quality. The 32LV550T sounds thin and underpowered when asked to deliver anything with much action or orchestral score to it, with bass continually being in short supply. Treble effects are quite well presented, but the lack of bass can make the treble presentation a little over-eager.

Verdict
Even had it carried a price tag of £650 to £700 we’d have found much to admire about the 32LV550T. So given that we’ve found it selling for under £500, it’s fair to say that it’s another one of those classic budget heroes that have served LG so well over the past couple of years.