Usually when I describe a TV as sharp, I’m talking about the clarity and detail in its pictures, or maybe the coolness of its design. But while LG’s 32LH5000 might indeed turn out to have crisp pictures and chic looks, the first reason I’d call it sharp is that its edges are so pointed they almost cut your fingers when you hoick the set out of its box!


Now obviously my fingers aren’t particularly battle-hardened given that I review AV gear for a living rather than having a proper job like working on a building site. But even so, I have to say that I’d rather not be in pain when setting a TV up, thank you very much.


There is, at least, a decent designer gain for your setting-up pain, though. For the 32LH5000’s pointy extremes help it cut a pleasing dash if looked at from any sort of angle. What’s more, the transparent centimetre or so of narrowing plastic that sticks out beyond the screen’s main gloss black bezel gives the set an extra dash of panache reminiscent of the latest LCD/LED TVs from arch Korean rival Samsung. Which is no bad thing in my book, even if LG would probably rather I hadn’t mentioned the ‘S’ word. 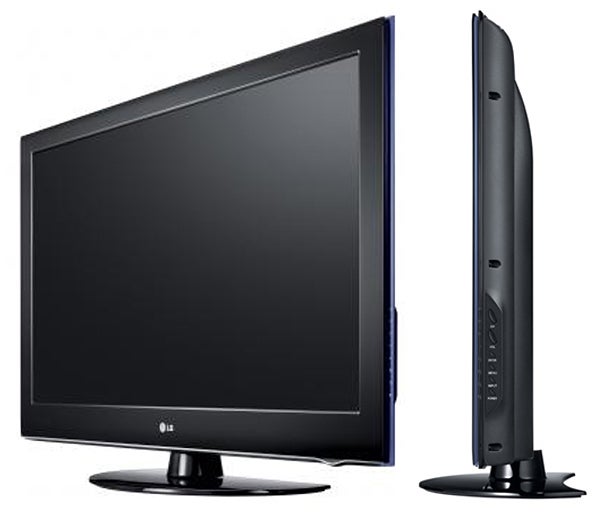 Despite finding the 32in 32LH5000 going for just £500, it actually sits somewhere around the middle of LG’s current flat TV range – a fact that seems reflected by its generally impressive connectivity. There are four HDMIs, for starters, while other highlights include: a USB port for playback of various file types, including, rather groovily, DivX HD; a D-Sub PC port; and an RS-232 jack that can be used for integrating the TV into a wider AV control system. The only downside, if you can even call it that on a sub-£500 TV, is the lack of any Ethernet port that might have allowed online functionality or PC networking.


Getting back to the 32LH5000’s mid-range strengths, we find it sporting a Full HD resolution, and LG’s TruMotion 100Hz video processing, which creates and adds new ‘gap-filling’ frames of image data to make motion look smoother and crisper.


More picture processing comes from LG’s ever-improving XD Engine system, with its focus on colours, contrast, sharpness, noise reduction and motion. Plus you get all manner of flexibility within the 32LH5000’s really excellent onscreen menus, including such unexpected but helpful set-up niceties as gamma controls; various black level, dynamic colour, dynamic contrast and noise reduction settings; and the ability to adjust the power of the TruMotion system.


This latter touch of flexibility is particularly welcome, since it gives you a means of achieving your preferred balance between extra motion clarity and the unwanted processing side effects that can accompany over-eager 100Hz/frame interpolation engines.

The 32LH5000 also goes the extra mile in helping you perfect your image with its Picture Wizard, whereby you can call up a series of special test signals that help you calibrate various elements of the picture to suit your viewing environment. Or, if you’d rather get an expert in, there are even a couple of picture presets that trained Imaging Science Foundation (ISF) agents can use to fine tune the TV’s images professionally.


Personally I’m not sure a 32in TV really justifies professional calibration. But the ISF modes are actually worth exploring yourself, for they bring extra colour management, white balance and edge enhancement features to the image adjustment party.


Once you’ve done the sensible thing and put its Picture Wizard tool to good use, the 32LH5000’s picture performance turns out to be decent for its money, without setting the world on fire. 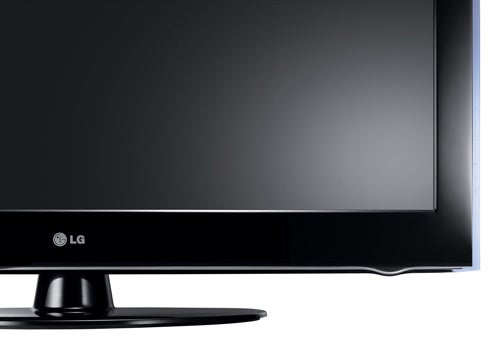 Starting with its least impressive attributes, its black levels are noticeably inferior to those of other 32in TVs I’ve seen recently from Sony and Samsung. Night time scenes in excellent Clint Eastwood Blu-ray ”Gran Torino” certainly show fairly obvious signs of tell-tale greyness where the best rivals would present us with a much inkier, more convincing black colour. This remained the case no matter what picture presets we used – even the Cinema one.


As usual, the 32LH5000’s slightly murky black levels also make dark scenes look a little flatter and lower on shadow detail than I’d like them to. And it doesn’t help matters that black levels deteriorate quite dramatically if watched from any sort of angle.


The slightly grey look to dark scenes can leave some colours looking a touch muted too – though I should quickly counter this by saying that for the vast majority of the time the set’s colours are actually very believable and reasonably vibrant for such a cut-price screen.


My last little concern is that HD pictures don’t look quite as crisp as I’d like, meaning that the TV can’t deliver quite such an obvious demonstration of the difference between the DVD and Blu-ray versions of movies as some of its rivals.


On the upside, this slight lack of HD crispness isn’t down to LCD’s motion blur problem. For the TruMotion engine actually does a pretty nice job of reining in resolution loss when showing motion. And it makes motion and camera pans appear much more fluid too, even when showing 24p Blu-ray feeds.

I still detected a little blur with standard definition feeds from time to time, and just occasionally really fast HD action seems to flicker a touch with the TruMotion system active – especially if you’re using the processing’s ‘High’ setting. But overall the benefits of TruMotion clearly outweigh the negatives, even if there is still room for improvement. It’s worth pointing out here that larger LH5000 models use 200Hz processing rather than the 32LH5000’s 100Hz.


The 32LH5000’s pictures are also likeably bright for a reasonably cheap 32in TV, and its Full HD resolution helps it produce colour blends with plenty of finesse. 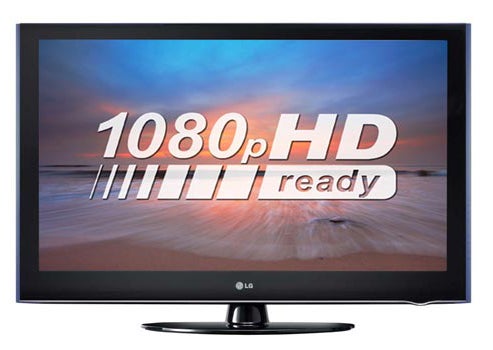 I’ve become disappointingly accustomed to LG’s current TVs being no great shakes in the audio department. But the 32LH5000 actually isn’t bad. A surprisingly open, dynamic mid-range leads the way, but the set can also reproduce at least a solid amount of bass without distorting, even at pretty high volumes. Voices generally stay quite clear even during raucous action scenes too, though a bit of harshness can certainly set in when the going really gets tough.


The 32LH5000 carries some great features for its money – especially the DivX HD playback – and goes out of its way to be user-friendly and look great in your living room. The set has a game stab at seeing off some of LCD’s traditional image flaws, too.


But ultimately its underwhelming black levels mean that rather than being a ‘must buy’, the 32LH5000 is merely an option to consider if you really can’t afford the hundred pounds or so extra needed to bag a Sony 32W5500 or Samsung 32B650 instead.