LG, you get the impression, is a company that likes to cover all the bases. In recent times it has delivered full HD TVs, Freeview Playback TVs, and high-style designer TVs. And today, with the 32LC46, it’s adding to the list that most beloved of things: ‘a bloody cheap TV’.


At under £400 it really does get down and dirty with 32in TVs from the budget-specialist likes of Goodmans and Bush. Yet there’s really nothing in its on-paper specifications to suggest exactly how LG has managed to sell it for so little. 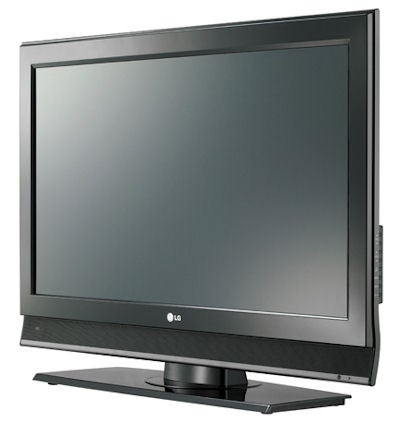 For instance, its 32in screen comprises an HD Ready resolution of 1,366 x 768, and its claimed contrast ratio is a very respectable 5000:1. This latter figure reveals immediately that the TV employs a dynamic contrast system whereby the backlight can be dimmed automatically during dark scenes to deliver better black level response. This feature is by no means common in the sub-£500 32in flat TV market.


LG has furthermore managed to retain the services of its XD Engine image processing system for the 32LC46. XD Engine is not, it has to be said, the most aggressive or even successful image processing system in the world. But it still delivers some benefits in the areas of colour, motion handling, black level response and fine detailing, so we’d rather have it than not.


Yet more good news comes with the flexibility the TV offers when it comes to picture adjustments. Highlights include both MPEG and standard noise reduction routines, a black level booster, and even the option to completely deactivate the XD Engine should you feel that it’s not actually helping. We have to say, though, that for the vast majority of the time we preferred to leave it on.

The 32LC46’s connections, meanwhile, are perfectly acceptable, including as they do two HDMIs, a component video input and a D-Sub PC port. What’s more, the HDMIs prove capable of taking in 1080p sources, a talent still found on relatively few 32in TVs. Of course, you might argue that 1080p compatibility on an HD Ready screen as small as 32in isn’t really all that necessary, but such is the British public’s obsession with all things 1080 right now that I’m sure there are plenty of people out there who would disagree with me.


So far, so good. Maybe the TV’s budget nature will show through in its design? Again, no. There’s nothing about the glossy black bezel or its cool contrast with a matt black speaker section and silver trim that couldn’t sit very happily on a TV costing twice as much.


While the 32LC46 has definitely impressed so far, though, we can’t deny that with every unexpected feature, connection or glamorous design element, we’ve become increasingly concerned for the set’s picture quality. After all, a TV this resoundingly cheap just has to have a pretty major flaw in its makeup somewhere, right? 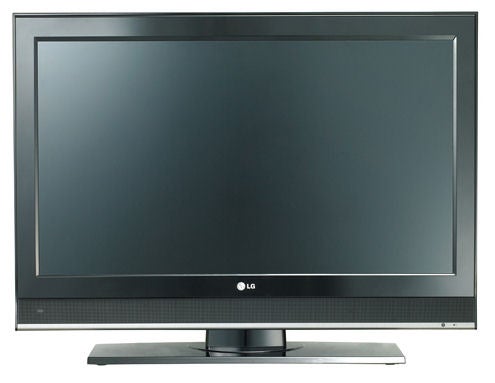 Sadly, to some extent our concerns are realised by the 32LC46’s pictures, which suffer with two or three notable howlers.


By far the worst problem concerns what can best be described as backlight seepage, whereby pools of light spill across the picture from the top right and bottom left corners really quite noticeably during dark scenes.


We’re not just talking here about LCD technology’s regular tendency to show dark picture elements with a sort of grey wash over them. On the 32LC46 the light pools I’m describing are distracting yellowish shadows that look as if a gremlin is standing off to the picture’s side shining a low-powered torch across it. Not that I believe in gremlins, obviously. I’m a fairy man myself. Actually, I’m not sure that came out right either. Moving swiftly on…

The next 32LC46 glitch concerns the amount of noise present in the picture, at least during some standard definition viewing. It’s also slightly disappointing to note how juddery 1080p/24fps sources can look on the screen, and how one or two colour tones, especially where skin is concerned, can occasionally slip into looking a touch unnatural.


Please do not assume from these various flaws, though, that the 32LC46’s pictures are entirely without merit, especially in the context of the sub-£500 market. On the upside, for instance, where they’re not troubled by the pools of seeping light, the set’s black levels are actually rather good, suffering less of the common LCD greyness than we would have expected.


Colours are remarkably intense, too. The lush green pitch and bright shirts of the players during an HD Premiership footie broadcast, for instance, look engagingly vibrant and bright, plus there’s enough subtlety in the set’s colour blending to keep everything looking solid and three-dimensional. 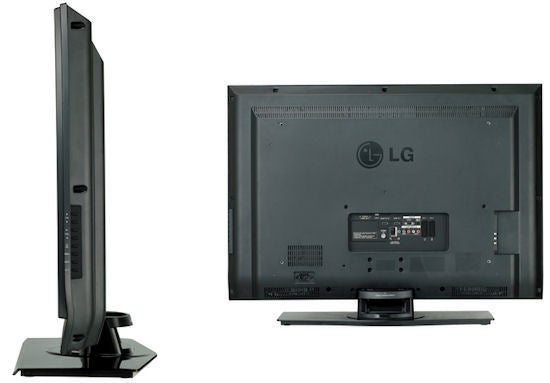 Also, as the over-paid stars charge about looking busy, the 32LC46 suffers rather less with LCD’s motion smearing problem than we would have expected for its price tag. That’s not to say there isn’t any motion blur effect at all; there is. But it’s never so bad that it’s truly distracting.


HD sources, especially films, also find the 32LC46’s pictures bursting into sharp, crisp, detailed life, as they reveal rather more of the HD format’s inherent detail and purity than we’d ever have expected, even given the confines of the 32in screen. This talent is particularly marked if you deactivate all the TV’s noise reduction routines when watching HD.


All in all the 32LC46’s various picture strengths just about manage to lift it back into the ‘average’ category for images. And sonically the set is actually rather better than average, with its rather unassuming looking speakers pumping out considerably more volume over a considerably wider space with considerably more clarity than we would have anticipated.


However much leeway we try to give the 32LC46 on account of its knock-down price, it’s impossible to completely ignore its image flaws – especially the irksome light seepage problem. On the other hand, the sub-£400 price tag IS very cheap for a set that’s actually pretty well featured overall, so while it might not be quite good enough to cut it as your main TV, the 32LC46 is certainly worth considering as an affordable second-room option.