Today I have to admit to feeling, well, just a little bit girly. In touch with my feminine side. Or at least, not quite as butch and muscle-pumpingly macho as usual (stop laughing, Riyad!).


The reason for this curiously effeminate turn of events is LG’s 22LU5000: a little ‘designer’ LCD TV perfectly styled to appeal to the lady of the house thanks to its gloss white fascia, slender, gently contoured bezel, extravagantly arched bottom edge, transparent desktop stand ‘neck’, and last but not least, brazenly orange rear end and outer trim. 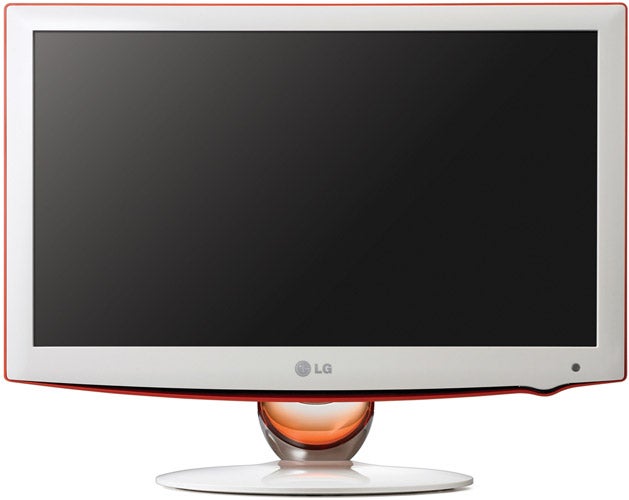 To your average grunty male, with their love of black metallic finishes and harsh angular lines, this description of the 22LU5000 probably sounds about as likeable as a Tupperware party. But that’s what they (probably) said about the Apple iPod when it first appeared. And I’m not ashamed – just a little disturbed – to say that I’m actually quite enjoying looking at the 22LU5000, despite being happily married and even having managed to father a child. Go figure.


What’s particularly great about the 22LU5000, though, is that it thoughtfully provides a high-tech excuse for a man to like it, in the form of a Full HD resolution. Yes, despite only having a 22in screen, LG has managed to squeeze 1,920 x 1,080 pixels into the 22LU5000, giving it a leg up over the 22LU4000 I looked at a couple of weeks ago, and making it the smallest Full HD screen I’ve seen. Wowza. 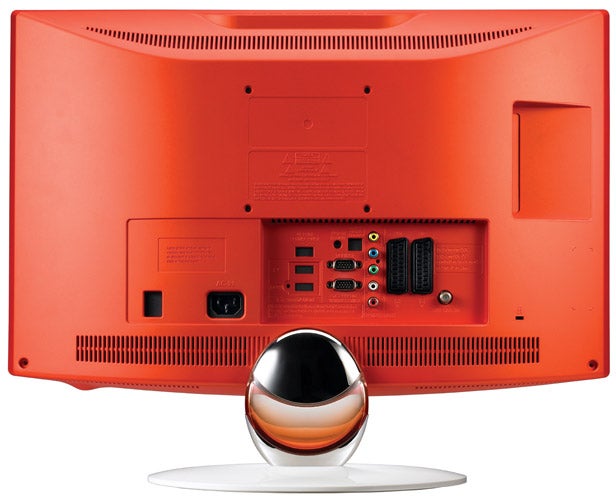 Awesome though this sounds on paper, I guess there’s a pretty good argument to be made that having a Full HD resolution in a 22in screen is just an almighty waste of time. I mean, some 26in TVs struggle to convincingly show the relatively straightforward difference between HD and standard definition, so it’s hard to believe that a 22in TV will be able to show the much finer difference between an HD Ready and Full HD picture.


But hey – I’m supposed to be testing this TV, not pre-judging it, so I’ll shut up on this subject now and hope to be proved wrong further down the line.


Less controversial is the 22LU5000’s connectivity, which does decently enough by including two HDMIs, a component video input, and a PC port. I was initially pleased to see a USB port too, but as with the 22LU4000, this port is only for system update data. In other words, you can’t watch your photos through it.

Joining the Full HD resolution in giving us more than most 22in TVs is the TV’s Picture Wizard feature. This handily presents you with a series of nicely thought through test signals, along with explanations of how you should use them to optimise the TV’s picture quality.


Again, I guess you could argue this is a bit ‘overkill’ for a 22in TV, but personally I’m always happy when someone helps me get the best out of ANY TV, not matter how small it might be.


Yet more good up-front news finds the 22LU5000 boasting a startlingly high (for the sub-26in market) contrast ratio of 20,000:1, which suggests that this TV might actually have something approaching a decent black level response. 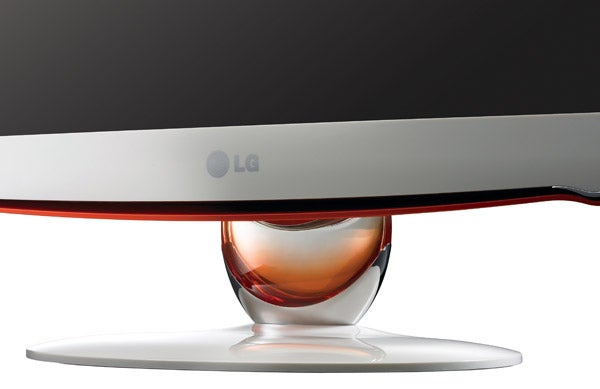 Other bits and bobs of note include: an Energy Saving mode that lets you adjust the TV’s running power or even turn the screen off completely if you’re watching something you only need the audio for; a dynamic backlight adjustment; and even an Advanced Control picture menu containing such niceties as a dynamic contrast system, dynamic colour booster, multi-level noise reduction circuit, gamma adjustment, black level booster, edge enhancement circuit, and an eye care mode that compresses the image’s dynamic range to reduce retinal stress.


And so to the moment of truth. Does having a Full HD resolution in the 22LU5000 really take its performance to another level versus the considerably (£100 at least) cheaper 22LU4000?


Actually, it’s quite hard to tell. For while the 22LU5000’s pictures do look better than those of the 22LU4000, I’m not fully convinced that this is down to the extra pixels. 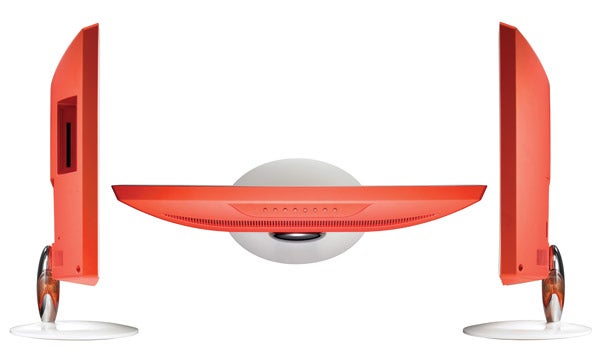 The 22LU5000 certainly does look likeably sharp with HD, but I didn’t feel that it was obviously sharper and more detailed than the ‘merely’ HD Ready 22LU4000 – certainly from any sort of sensible viewing distance.


Stick your face right up against the screen and set the TV’s aspect ratio to its ‘Just’ pixel for pixel, no-overscanning mode, and I guess it’s possible that Blu-rays look fractionally cleaner. But even then it’s a very minor thing.


Much more impressive is how much brighter and more dynamic the 22LU5000’s pictures look. The 22LU4000 actually impressed in both these regards compared with the usually dull, flat pictures of most small LCD TVs we see, yet the 22LU5000 takes things a step further again.


Bright fare of the sort found while watching daytime TV – likely the most common source this ‘second-room’ TV will entertain – looks strikingly vibrant and punchy, with relatively high light output and some richly saturated but also natural colours ensuring that the image has no trouble at all competing with the sun-drenched surroundings of, for instance, a sun-lounge or conservatory.

I was also impressed with the 22LU5000’s black level response for the most part. This key part of any picture performance is often all but ignored by many small screen TVs, but dark scenes on the 22LU5000 look startlingly credible, with impressively little of the usual grey pall hanging over everything.


There’s some price to pay for this black level performance in the shape of enough missing shadow details to leave really dark parts of the picture looking a bit empty. And there are also subtle and mercifully thin strips of inconsistent backlighting down the screen’s left and right edges. But neither of these problems is truly severe, and so it’s the positives about the screen’s black levels that you ultimately take away with you. 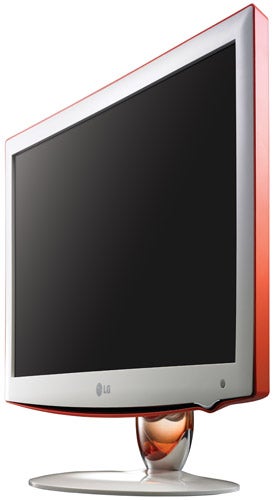 The 22LU5000 surprised me, too, by handling standard definition images really well for a Full HD TV, upscaling them to the screen’s native resolution without introducing the softness and noise that we still commonly see with affordable Full HD TVs.


Overall, the 22LU5000’s pictures are hugely accomplished for a 22in LCD TV. But inevitably the TV isn’t actually perfect.


For as well as the minor black level issues mentioned earlier, the TV suffers predictably with motion blur and judder, and even more predictably serves up some unimpressive audio. There’s practically no bass at all, leaving trebles sounding over-dominant and wince-inducingly harsh and tinny at times, while vocals tend to sound ‘breathy’ and thus unconvincing.


While I can’t bring myself to give a second-room TV with underwhelming audio an unreserved recommendation, the 22LU5000 certainly deserves praise for its startlingly decent pictures and eye-catching – so long as you like this sort of thing! – design.


The set’s extra brightness and dynamism make it a superior option to the cheaper 22LU4000 when it comes to use in a conservatory or, possibly, kitchen, too. However, given that the advantages of the 22LU5000’s extra resolution over the HD Ready 22LU4000 aren’t particularly pronounced, if you’re looking for a TV for a reasonably dark study or bedroom, you might be as well to save yourself a good few bob and get the cheaper model instead.