With its 22in screen, LG’s 22LU4000 is one of the smaller TVs we’ve tested on TrustedReviews. But that doesn’t mean it’s low on visual impact.


In fact, LG’s designers seem to have gone into overdrive with this second-room TV. For instance, it’s clad in a high-gloss white and gently curved bezel that follows through to the cutesy desktop stand, and gives the TV instant Apple Mac-style appeal. The white bezel is emphasised, moreover, by the tasteful transparent edging, while the set’s shape is given added distinction by a curved bottom edge and a boldly back-angled metallic neck link to the cute oval stand.


It’s very easy indeed to envisage a 22LU4000 sat on a dressing table in a teenager’s room, or sat on a desk in a high-tech home office, or perched on the microwave in a modern kitchen. 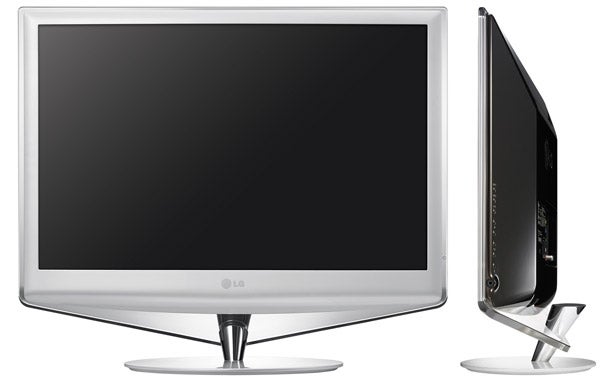 Turning to the TV’s rear end, I was surprised to find the glamour continuing, with a glossy black back, subtly sparkly panel that makes a distinctive contrast with the white fascia.


I was also initially happy with the amount of connections housed on this rear panel, which include two HDMI inputs, a D-Sub PC port (it’s always handy if such a small screen can double up as computer monitor), and a USB port. But this happiness was dinted a touch with the discovery that the USB port is actually only for updating the TV’s firmware; you can’t playback multimedia files through it.


Scanning through the 22LU4000’s specifications sheet, I was pleased to find it sporting an HD Ready resolution, and a promising (for this size point) claimed contrast ratio of 8,000:1. The set also appears to benefit from LG’s XD Engine video processing.


On the downside, the screen’s brightness is only rated at a pretty lowly 350cd/m2, and the set’s colour processing is a relatively ‘low-rent’ 8-bit system. Still, to be fair, specs like these last two are far from uncommon once you get below the 26in point in the market.

Heading into the 22LU4000’s onscreen menus, I was pleasantly surprised to find them built around the same eye-catching and intuitive icon-driven system noted with LG’s much larger TVs. The slickness and high production values of these menus join forces with the 22LU4000’s startling design in creating a much more ‘high-end’ impression than you would expect to get for under £290.


This impression grows still further once you start to investigate the options the TV carries within its glamourpuss menus. Among the more unexpected fine-tuning bits and bobs are separate backlight, brightness and contrast controls; a dynamic colour option; gamma adjustment; a black level booster; a brightness-reducing ‘Eye Care’ mode, edge enhancement processing, and the option to choose between standard and wide colour gamuts. 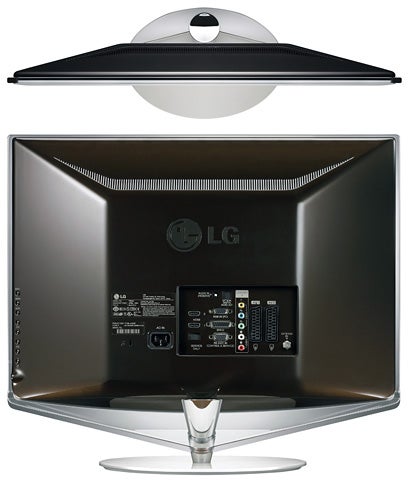 What’s more, the TV even includes a Picture Wizard feature whereby you’re guided through getting the best out of its pictures via a series of clearly rendered test signals. Some people might feel this is overkill for a 22in TV. But so far as I’m concerned, if you’ve spent £290 on a 22LU4000, any touches that might help you get the very best out of it can only be considered a very good thing!


Even more surprising than its array of picture tweaks is the 22LU4000’s attention to audio detail. For despite its diminutive proportions, it uses one of LG’s trademark ‘invisible’ sound systems, where the speakers are essentially exciters built into the TV’s frame. The TV also offers such processing niceties as Clear Voice (for emphasising vocals), and SRS TruSurround XT processing, for a pseudo surround sound effect.


Unfortunately, though, I feel moved to start an assessment of the 22LU4000’s performance by stating unequivocally that these audio features are more or less a waste of time. For the set’s speakers are so fundamentally weedy and underpowered that even the thought of applying any sort of ‘booster’ processing to them is pretty much laughable. You can’t, after all, make a silk purse out of a sow’s ear.


The 22LU4000’s audio sounds pretty tinny and one-dimensional even when you’re only watching a simple voice-only documentary, so it’s hardly surprising that things start to sound almost teeth-grindingly harsh and artificial when the audio going gets tough.

Fortunately, the 22LU4000 fares rather better with its pictures than it does with its sound. HD pictures are sufficiently sharp and detailed that they actually do look like HD, proving yet again that you don’t have to watch a massive telly to gain at least some appreciation of what HD can do. Motion doesn’t lose much resolution when watching HD footage either, which helps keep the impressive clarity levels consistent.


The 22LU4000’s pictures also look much brighter than the 350cd/m2 figure had led me to expect – a feat that becomes all the more impressive when you consider that the image’s lustre is achieved while the set retains one of the best black level responses we’ve seen from such a small TV. There’s only a residual hint of greyness over black parts of the pictures rather than the full-on bank of mist so commonly seen on small LCD TVs. This additionally helps dark scenes enjoy more natural colours than the dark scenes of most rival TVs, as well as allowing the TV to portray more of the subtle shadow detail information that helps to give dark scenes depth. 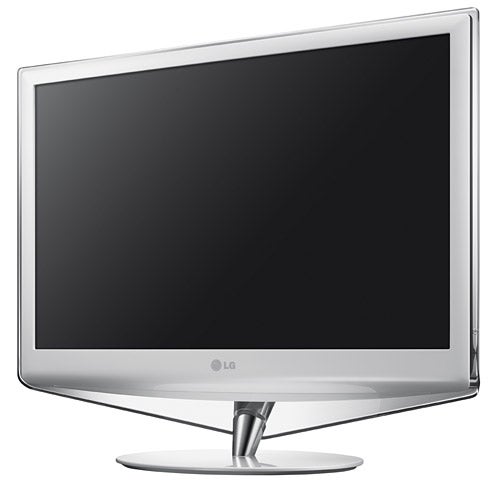 More good news finds colours looking more subtle in tone than the 8-bit processing had me anticipating, and they’re reasonably vivid in tone, too, within the context of the set’s size and price.


In fact, put all the good points about the 22LU4000’s pictures together in the presence of a good Blu-ray source, and you might even say the picture looks rather cinematic, preposterous though this might sound when you’re talking about a 22in picture.


The 22LU4000 isn’t as accomplished with standard definition as it is HD, though. Colours generally look less vibrant, the picture is softer relative to HD than I felt entirely comfortable with, and there’s markedly more motion blur to tolerate. None of this prevents the 22LU4000’s standard definition pictures from looking eminently watchable though, especially compared with the blurry, dull, low-contrast nightmares commonly seen on affordable small TVs.


Elegant though the 22LU4000 is, I can’t help but think that the design has required more of a compromise to the TV’s sound than I’m comfortable with – even given the set’s ‘casual’ status relative to the bigger TVs I usually review. After all, if you’re going to make a small TV as surprisingly good at reproducing high definition pictures as the 22LU4000, it seems inconsistent to then make the accompanying sound seem like it’s coming from a completely different – and much cheaper – TV.


Still, while its audio might be weak, typical straightforward TV fodder of the sort that’s likely to occupy a second-room screen for the majority of the time still sounds OK. And when it comes to the rather important matter of picture quality, the 22LU4400 is pretty much on the money.