After covering an ultra high-end Philips 42in LCD TV and a Panasonic 65in plasma TV in our previous two TV reviews, it occurred to me that it was probably about time I looked at something a bit more ‘down to earth’. Cue LG’s 19LG3000: a 19in LCD TV shorn of fancy features, but with a price tag low enough to make its rivals’ eyes water.


That price is £199.95 – a cost that puts it in basically the same ball park as the sort of stuff you get on your local high street from budget-focussed brand names like Goodmans and Proline. The question is, does this aggressive LG pricing make the 19LG3000 a huge bargain, or does it come at the cost of a drop in LG’s standards? 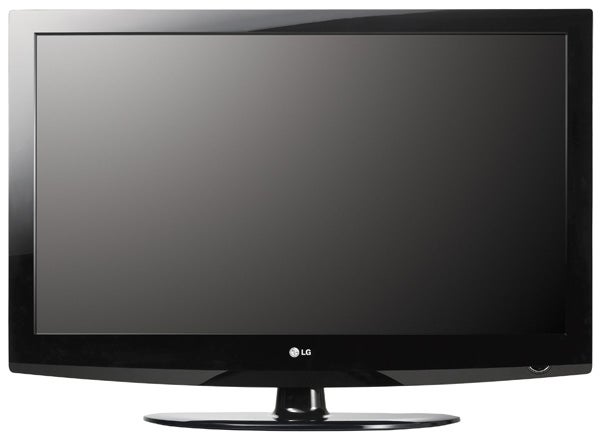 Aesthetically the 19LG3000 is quite cute. Its bezel is impressively slender, and its high-gloss black finish gives it an aura of quality that’s definitely a cut above the budget norm. It’s perhaps a pity there’s none of the fancy red colouring that so distinguishes other models in LG’s current flat TV range, but as black TVs go, the 19LG3000 stands out nicely.


It goes slightly beyond the call of budget duty with its connectivity, too, by including two HDMI inputs when you might reasonably only have expected one. It’s also nice to find a D-Sub PC input, two SCARTs rather than one, and a four-pin S-Video input on the TV’s side. 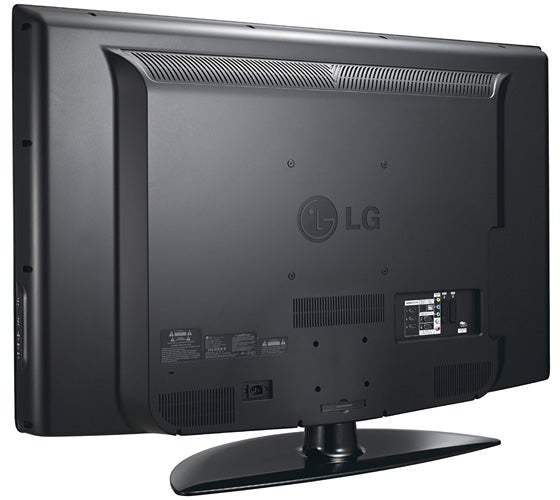 The set also manages to cling on to a built-in Freeview tuner, complete with full 8-day electronic programme guide and a CAM slot allowing the TV to ‘enjoy’ the Top Up TV subscription service should you be so inclined.


The 19LG3000’s resolution of 1440 x 900, meanwhile, initially looks very good; after all, it actually goes beyond the 720/768 horizontal line level required for a TV to earn its HD Ready stripes. However, if you do the maths on 1440 x 900, it breaks down to an aspect ratio of 1.6:1, rather than the 1.78:1 level associated with true 16:9 TVs. And I’ve seen more than one little TV with a similar resolution produce widescreen images that look noticeably stretched in the vertical axis, with predictably distracting results. Hopefully the LG will prove more sophisticated than that…


As well as cramming in more pixels than we might have expected, the 19LG3000’s spec sheet has another striking figure to boast about: a claimed contrast ratio of 15,000:1. So far as I can remember, this is the largest figure I’ve seen on such a small TV, so hopefully the 19LG3000 will back these numbers up by delivering an outstanding black level response.

A check for other features of note doesn’t turn up all that much, as I indicated at the start of this review. The most conspicuously absent feature is LG’s XD Engine image processing, which is found on almost every other LG TV we’ve seen. Nor is there any 100Hz processing (this is actually less surprising on such a small TV), while ‘interesting’ image tweaks are limited to noise reduction, a manual backlight adjustment and finally an automatic contrast option that’s responsible for the 15,000:1 contrast ratio claim. 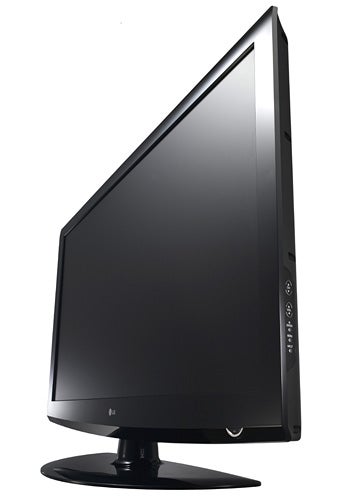 There are a couple of audio features of note, mind you; the fact that the set uses the same Mark Levinson-tuned Invisible Speaker technology that’s worked so nicely for larger LG sets in recent times, and something called Clear Voice, which uses processing to highlight vocals in the sound mix.


Personally I had grave doubts that these audio features would really amount to much on such a small set – and these doubts prove to have some foundation, to be honest. For no matter how much input Mr Levinson may have had on proceedings, there’s no getting round the fact that the 19LG3000’s sound isn’t significantly better than that of most small screens – which is to say, it’s slightly impoverished, with a tinny, bass-free tone, and a tendency to become harsh under any action-scene duress. 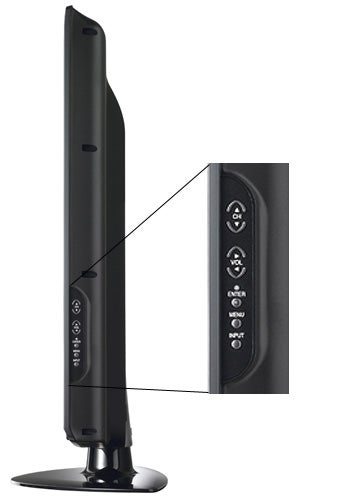 Pictorially the 19LG3000 is a bit better – though certainly not without its flaws. Its greatest strength by far is the amount of clarity and detail in its pictures. With HD sources you can really appreciate the extra amount of pixels the source material contains, proving yet again that you don’t need a really big screen to love high definition.


But the 19LG3000 is also very assured with standard definition, suffering none of the overt noise or softness that characterises standard definition on so many budget small LCD TVs. This standard def sharpness is particularly surprising given the set doesn’t carry LG’s XD Engine system, but there you go.


Pictures are also quite bright and vibrant for a small LCD TV, at least so long as you use the provided vivid preset (which strangely doesn’t cause the same sort of noise problems witnessed on LG sets higher up the size tree). And finally in the tick box, motion doesn’t look nearly as blurred as we’ve come to expect from most small LCD TVs.

And so I come to those flaws I mentioned earlier. Starting off with – grrr – definite traces of aspect ratio troubles, as I’d been worried would be the case. For starters, if you watch a film where there are black bars above and below the picture, the image is clearly not correctly centred in the screen, meaning there’s a slightly wider black bar at the bottom than the top.


Worse than this, though, is the way the image appears to be stretched ever so slightly vertically, leaving faces looking marginally elongated in some shots. You don’t always notice this, but when you do it’s a definite distraction. The only plus side to it is that I actually looked a bit thinner on home videos! 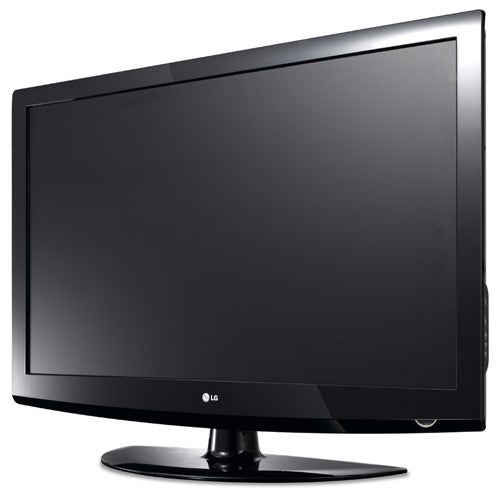 The 19LG3000 also fails to live up to its 15,000:1 contrast ratio, alas, as dark scenes suffer the classic budget LCD clouding problem. To be fair, the clouding is at least consistent, with little if any sign of the sort of backlight pooling seen on a few other LCD TVs in recent times. And I have seen considerably worse black level performances on small LCD TVs. But the Sharp LC-19D1E and Toshiba 19AV505D 19in models I’ve tested reasonably recently both delivered notably better black levels than the 19LG3000.


Finally in the negative column, colours sometimes look a bit peculiar, especially in standard definition. For instance, some brightly lit studio footage such as ”The Paul O’Grady Show” (don’t ask) suffers with a gently purple undertone to dark parts of the picture, and rather waxy skin tones. And generally dark scenes with standard and high definition alike sometimes look a little over-ripe, especially, again, where people’s skin is concerned.


So is the LG 19LG3000 a bona fide small LCD budget star? Nope, afraid not. There are just too many things about its performance that aren’t quite right. But is it at least better than similarly priced models from the vast majority of C-list brands like Goodmans and Proline? Indeed it is.