Printer owners continue to complain about the costs of consumables, such as ink cartridges and paper. Now Lexmark has set out to confound them with its Z735, an ink-jet printer that takes just one, three-colour cartridge, costing £13.50 a throw. The argument is that this is both cheap and simple for the first-time buyer, but are we getting all the facts, or is the company trying to resell an old idea, which most makers have since moved beyond?


Lexmark starts by setting a possible new price record, by giving the machine an RRP of just £50. That’s good, but we’ve found a source (linkout:http://www.pixmania.co.uk) advertising it at just £30, including VAT and due in stock by the time you read this. That’s more than good.


The Z735 has a very conventional design and a boxy appearance, though with rounded edges. Paper feeds from a near-vertical rear tray to an extendable one at the front. There are two control buttons, one to switch the printer on and off and the other to feed paper. A single USB 2.0 socket at the rear connects the printer to a PC. 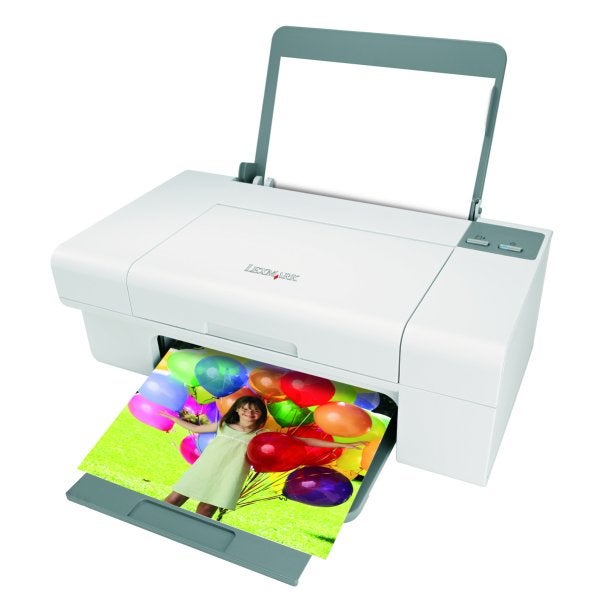 A plug-in power-supply block clips in at the back of the printer. This seems a much better solution to having a product available globally with all the different mains supplies that entails, than providing a black block which kicks around under your desk all the time.


Lexmark claims 15ppm in draft mode for both black text and colour images. We test in normal mode, as we believe that’s what most people use, and it repeatedly took over two and a half minutes to print our five-page text document. That equates to just under 2ppm, not a good result. Our page of text and colour graphics took 39 seconds to complete, so again, something under 2ppm. This is a slow printer.

Print quality on plain paper is also pretty poor. Colours are dull and unsaturated and the nearest you can get to black is a slate grey. This is typical of three colour, mixed dye-based inks, but then, that’s why most general-purpose printers have a separate pigmented black cartridge.


Switching to photo prints gives a very different result, though. Three colours is enough to do a very reasonable job of printing a photograph, where an absolute black is not nearly as crucial. Out test photo reproduced remarkably well. Colours are natural with little over-emphasis and darker shades, such as those in shadow, showed more detail than from some far more expensive printers. 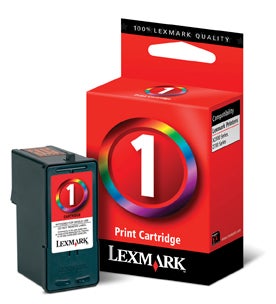 Although Lexmark makes much of its single £13.50 consumable, this only reduces running costs if it has a reasonable amount of ink in it. The company quotes a page yield of 165 black text pages at 5 per cent cover, but using our standard test page we produced 289 pages before we saw a drop-off in quality. Since the printer had told us ink was low at the 150 page mark, it’s important to replace the cartridge only when you see quality problems. Even with this extra yield, however, you’re still paying 5.25p per five per cent text page, which is high.


Our colour page yield test piece was modified for three-ink output, since Lexmark quotes the Z735 as producing 200 pages at 15 per cent, not 20 per cent, cover. We printed 195 pages before ink was exhausted, which is much closer to the claim.


When printing colour photos, the ink cost is swamped by the price of glossy photo paper, which in Lexmark’s case we could find no cheaper than 32p per A4 sheet. This gave an overall cost per page of 38.4p, noticeably higher than from its main rivals, but interestingly, much the same as from Lexmark’s four-colour printer, the P915, which we tested earlier this year.


The Z735 is certainly cheap to buy and if your main use for it will be printing photos, with only the occasional plain paper print for your own use, it may be a bargain. Don’t be fooled by the apparently inexpensive three-colour cartridge, though, as it costs just as much per page as more expensive printers.