It’s not obvious why Lexmark needs quite so many all-in-one printers in its range. There are currently 30 different models, with the X4975ve sitting between the X4950 and the X5075, by model number at least, though not by specification. The X4975ve is a SOHO all-in-one, with printing, copying, scanning and photo image handling.


Lexmark includes it as part of its Professional range, the main features of which seem to be supplying high-yield cartridges and extending the warranty from one to five years.


The X4975ve looks squat and functional. Coloured in black and silver, Lexmark has managed to keep the overall height down, even though it uses a near-vertical paper feed, angled up at the back. 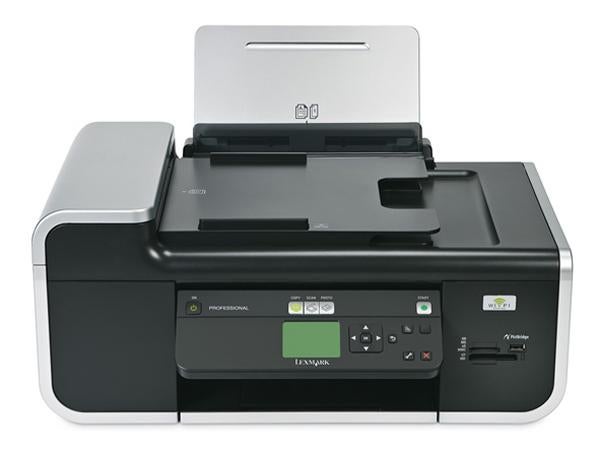 There are two current designs of Automatic Document Feeder (ADF), one steeply raked which relies on gravity to feed document pages, while the other can be completely horizontal and uses a technique similar to the feeder in a paper tray to pick up each sheet. That’s the design used here.


The ADF is built into the top of the flatbed scanner and in front of this is a simplified and slightly lopsided-looking control panel. A 61mm colour LCD sits in the centre of the panel with mode buttons directly above, while all other controls, including a square or cursor keys for menu navigation and a scattering of other controls, all sit to the right of it.


To the right of the control panel itself are two memory card slots and a third for PictBridge, which doubles as a socket for USB drives. The machine can read and print graphic files from the drive. An output tray pulls out from the front, with a flip up support to stop pages spewing onto the desk. 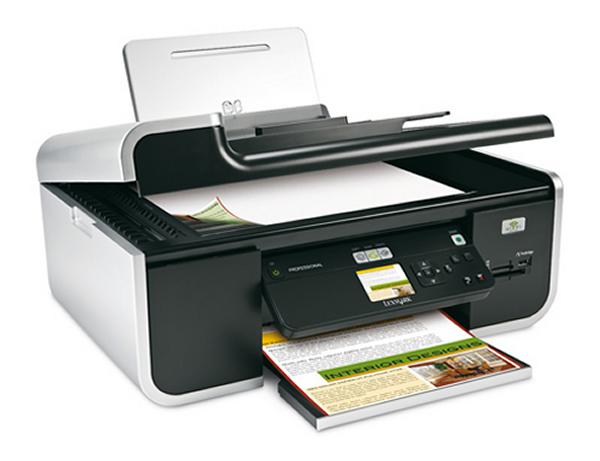 At the back of the machine are sockets for USB and Ethernet, as well as a stub aerial used for wireless connection, which is standard on the X4975ve. Setting the machine up for a Wi-Fi connection involves connecting it temporarily with the supplied USB cable. This shouldn’t be necessary, as most other manufacturers offer wireless setup from the front panels of their machines, but it’s not a problem, unless you can’t position printer and computer close enough to each other.


Installing the two ink cartridges, one black and the other tri-colour, is as simple as lifting the scanner section and plugging them into the carriers in the head carriage. Lexmark’s software bundle includes a well-designed driver, as well as a copy of Abbyy Finereader Sprint for OCR, its own Productivity Studio and a browser bar for neatly printing web pages.

Oh, those speed claims, when will they ever end? Lexmark quotes speeds for draft and normal print, with 30ppm and 13ppm for black print and 27ppm and 5ppm for colour. Our five-page black text print produced a speed of 5.8ppm in normal mode and this climbed to 7.0ppm for the 20-page equivalent, little more than half the published figure. These real-world speeds are largely due to a prolonged wait for the first page to be processed and sent to the printer; on the 20-page print it was a full 25 seconds before printing started.


Using the built-in duplexer slows the machine to 4.6 sides per minute, though this is still better than from some of the printer’s rivals. A five-page black text and colour print took 2:32, which is a speed of 1.97ppm. This is slow, even for an inkjet. 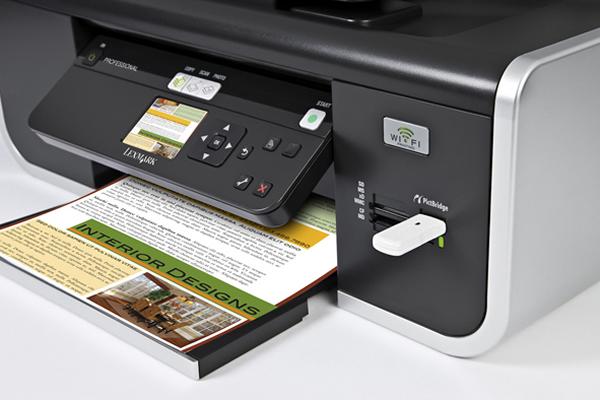 When it comes to copying, the X4975ve is slower still. Copying a colour page from the flatbed took 1:26, which is poor, but copying a five page black text document from the ADF took 4:58. Just under a page a minute is barely acceptable in any machine that calls itself Professional. The Canon PIXMA MX330, a good £50 cheaper than this machine, completed the same job in 1:17.


The output quality is okay, and black text is dark and dense, though there is some spread of ink into the fibres of our multipurpose plain paper. It’s not as clean as from Canon or HP equivalents, but is good enough for general correspondence. Colour graphics are a little pale, but don’t suffer from banding and there’s good registration of black text over coloured backgrounds.


A colour photocopy reproduced the tints of the original remarkably well and, as this implies, scanned images were generally better than average. Colour photos were bright, if a little dark and over-vivid


Lexmark cartridges are not cheap, with the high yield (500 page) black consumable costing £28 and the colour one costing £24, for the same yield. They come out quite a bit cheaper if you buy the two together in a twin pack, so we used this to calculate the page costs. These come out at 4.67p for black and 8.53p for colour. The black cost is close to the highest we’ve seen, though the colour cost is comparatively reasonable.


The X4975ve is well-specified and looks good on the desk, but it’s print speed, particularly when printing colour or copying, is slow, so slow it may impede your workflow. While the quality of prints is reasonable, though nothing special, the cost of black print is much higher than it should be. This isn’t an entry-level all-in-one and Lexmark shouldn’t be charging so heavily for its consumables.