At the launch of Lexmark’s Pro range of all-in-ones, most of the media attention was directed at the high-end machines, with touchscreen controls and access to SmartSolutions downloadable applets. However, the simpler design of the Prospect Pro205 offers much of the same functionality at considerably lower cost. 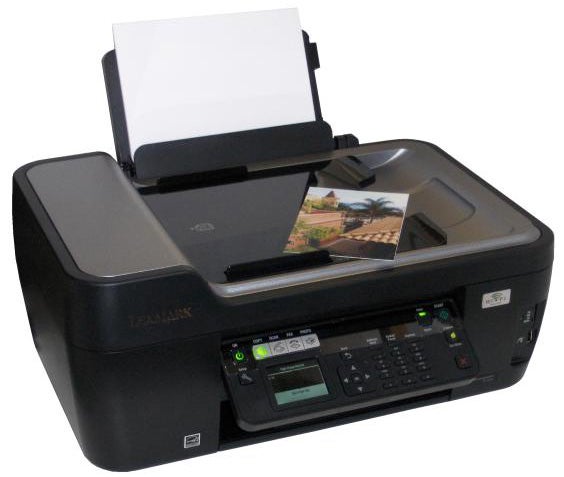 This is a comparatively squat machine, since it doesn’t have to allow for a front-loading paper cassette sitting underneath. Instead, it uses an older, equally effective design, with a 100-sheet rear paper tray set up close to the vertical. This feeds paper through to an output tray, which pulls out from the front of the machine.


The only disadvantage of this layout is that the paper can sit for long periods with nothing keeping dust off it or stopping it from being knocked. You can remove the paper and fold down the tray, but this is less convenient.


In front of the paper tray is the lid of the flatbed scanner, which is fitted with a neat, near-horizontal Automatic Document Feeder (ADF) and in front of that, folding out from the front of the machine, is the control panel.

Although the panel has a fairly conventional set of controls, such as four mode buttons, a numeric pad for fax dialling and a square of navigation controls, there’s one button which is a little more unusual. The button with a small green leaf icon has two functions, turning on duplex print and Economode, which saves ink without making a radical difference to print quality.


There’s a 2.5in colour LCD panel, which is bright and clear and has enough room to display decent thumbnails and menus. To the right of the control panel is a single memory card slot, which can take SD, MemoryStick and xD cards and below this is a PictBridge socket for digital cameras. At the back are sockets for USB, fax line and third-party phone headset. There’s no Ethernet socket for a cabled network, even though Wi-Fi is supported.

Wireless setup is easy and there’s a Wizard provided that supports both button-on-the-router and PIN-entry setup modes. Lexmark provides support for Windows and OS X on the software CD and you can download Linux drivers from the Lexmark site.


The four Vizix ink tanks clip into the print head, which itself clips into a carrier inside the printer. It’s very quick and easy, though the ink cartridges themselves would benefit from a more positive click action, to show when they’re properly seated.

Lexmark quotes both draft and normal mode print speeds in its spec sheet, but neither set bears much relation to what we saw under test. A draft mode speed of 33ppm translated to 10ppm for our test document and in normal mode we saw 6.9ppm and 4.7ppm for black and colour print, against rated figures of 18ppm and 11ppm, respectively.


It’s a shame printer companies feel they have to exaggerate their print speeds, as the results we saw, and the duplex speed of 3.8ppm, are all well up with the competition. A colour copy took 42 seconds and a five-page, black text copy from the ADF took 1min 15secs. 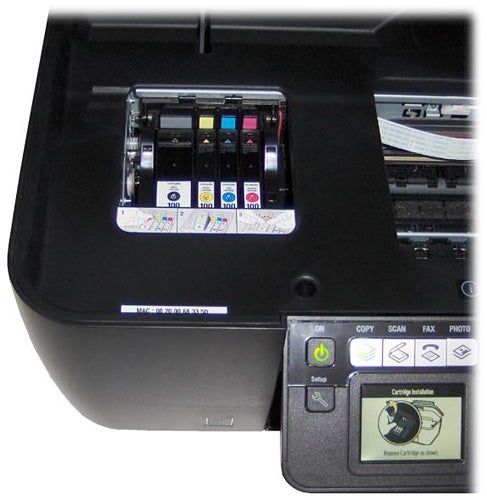 The quality of prints from the Vizix inks is very good, with dense, clean black text and good solid colours on plain paper. The colour copy quality is particularly good, losing very little compared with the original colours. Photo prints are also good, with natural tones and plenty of detail in both light and dark areas of images.


The only proviso is that the dye-based colour inks have been tested to have very low fade resistance to ozone. Tests by Wilhelm Imaging Research, the best-known laboratory testing fade resistance, gives the inks only around nine months before noticeable fade is seen on photo paper. Light resistance is in the order of 2-12 years, too. 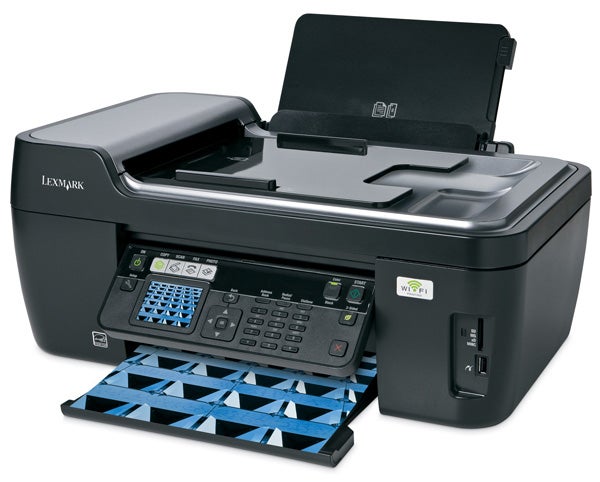 Since we last tested a Pro range Lexmark all-in-one, ink prices seem to have risen slightly across the market. The cost per page reflects this and we calculate 4p for ISO black print and 10.5p for ISO colour. These are more expensive than most, with the colour price being around 3p per page higher than the average from recent colour all-in-ones we’ve reviewed.


It’s worth mentioning that, like the rest of the Pro range, Lexmark provides a five-year warranty when you register. This covers breakdowns for pretty much the whole service life of the machine.


The Lexmark Prospect Pro205 currently benefits from a £100 cashback offer, meaning that until the end of September 2010 you can buy one for around £60. At this price, it’s exceptional value and it’ll be interesting to see if the machine returns to its former price at the end of the promotion.


Even at £160, the print quality, speed and facilities make it a worthwhile machine to consider. The paper tray may be more susceptible to dust and spills than an enclosed cassette, and you have to press buttons rather than touch a screen, but in most other ways, it’s a match for Lexmark all-in-ones costing twice the price. Running costs are high, though.