As we’ve commented before, all of Lexmark’s new range of inkjet all-in-ones use the same new Vizix print engine, so whether you pay £370 for the Professional series Platinum Pro 905 or £90 for the Impact , reviewed here, you can expect to get the same print quality, speed and consumable costs. This one should therefore be something of a bargain, shouldn’t it?


The Impact S305 has a fairly simple design, with none of the extra paper trays or document feeders of the more expensive models in the range, but it still has several useful extras. 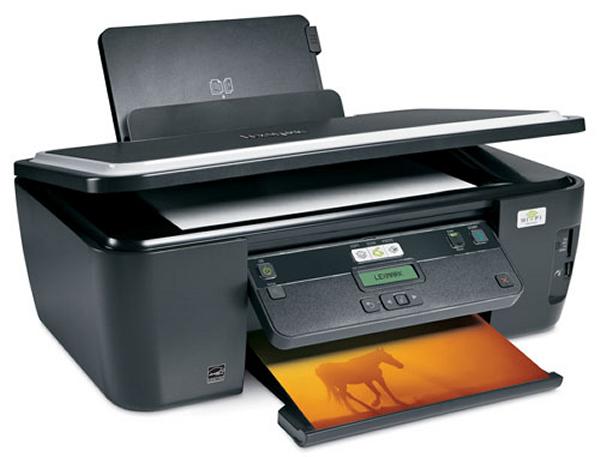 Paper feeds from a fold-up tray at the rear, with a little spring-loaded flap in front that nobody seems to be able to explain the reason for. We used to think it was to prevent dust falling into the feed slot, but there’s still a substantial space between the paper stack and this flap, even when the tray is fully loaded.


A small slider on the right of the paper support adjusts the width guides, which makes loading photo paper easier than delving into the feed slot.


The Contact Image Sensor (CIS) scanner is simple and thin, so adds little to the overall height of the machine and runs its full width, so there’s no extra space taken by a control panel. As with all these new Lexmark all-in-ones, the control panel sits at an angle projecting from the front of the machine. It has a simple, mono LCD display, though this is bitmapped, rather than being two lines of 16 characters, so can show limited graphical information.


Set into the front right-hand corner of the machine are two memory card slots, but there’s also a PictBridge socket for direct camera connection, which can also take USB drives. Some rival makes have taken to dropping the PictBridge socket on their lower-priced machines, which is odd, given its usefulness and low fitting cost. 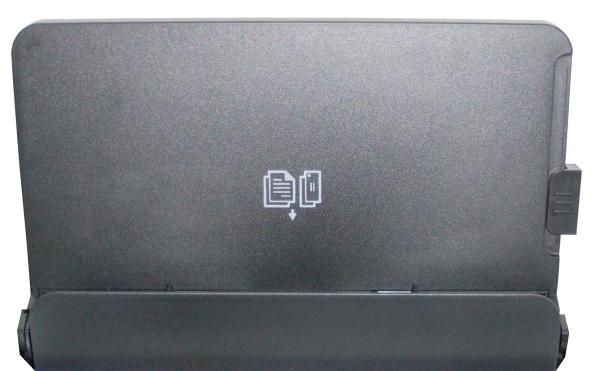 Despite the relatively low price, the Impact S305 still has wireless connection as well as a USB socket at the back. Wireless set-up is pretty straightforward and the machine supports WEP, WPA and WPA2 security. It comes with a good bundle of support software, including a copy of Abbyy Finereader OCR.


Cartridge installation is a doddle, with the four individual cartridges plugging into the semi-permanent head, once you’re clipped it into place in the head carrier.


The machine is compatible with Windows, OSX and Linux, though as usual, you have to download Linux drivers from the support Web site.

As you might expect from a machine with the same print engine as others we’ve recently tested, speed test results are also very similar. Our five-page, black text print took 54 seconds to complete, which is a speed of 5.55ppm, but this increased to 6.86ppm when we printed the longer, 20-page document. The five-page text and colour graphics test took 1:21, a speed of 3.70ppm. None of these is particularly impressive, though they do sit in the middle of the field for inkjet all-in-ones in this price bracket.


Print quality has never been a strong point of Lexmark inkjets, but the introduction of the new individual-ink Vizix engine has made a dramatic improvement. Black text prints are now generally clean and sharp and colour business graphics include some arresting colours, even on plain paper. Colour copies are refreshingly close to the originals they’re taken from. 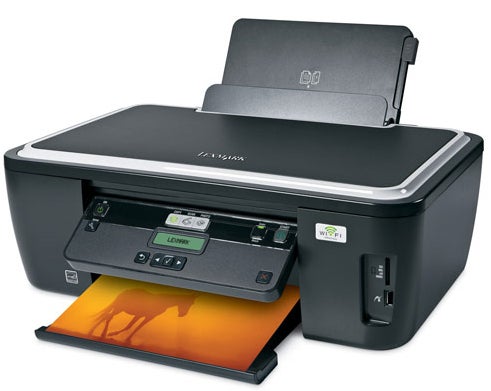 Photo prints are also improved, much less dotty thanks to improved dither patterns and with good levels of detail in light and dark areas of each image. Colours are lifelike and natural, without veering to the bland.


Ink cartridge prices we’ve quoted for previous ‘S’ and Pro range all-in-ones have come from Lexmark’s own online sales site, because the cartridges hadn’t filtered through to the normal retail channels. This time, we found substantially lower prices from several suppliers, including Misco. This gives lower running costs for this machine, but since the cartridges are common to all the printers in the range, they can all benefit from the reduced prices.


The Impact S305 is a surprisingly capable all-in-one for under £100. It uses the same core print technology as Lexmark machines costing three times the price and the new Vizix print engine shows its paces just as well in this cheaper model, producing better than average plain paper print and much better photo print than before. With a good set of data ports and wireless connection as standard, this machine stands its ground against its main rivals.