Every so often, somebody rethinks the design of the all-in-one printer. The last time was when Canon set the control panel in the middle of the scanner lid and that has evolved into a touch-panel on some of the latest models. Lexmark has been rather more radical with the Genesis S815, which mounts the scanner up at a near-vertical angle on top of the print engine.

Its reason for doing this is not just aesthetic – it has fundamentally rethought the scanning process and uses a CMOS image sensor to take a photo of each text page or photo. This means much faster scanning with few moving parts, but the technical difficulties aren’t trivial. The device uses a large mirror to reduce the focal length of the scan, but even so, this is a bulky solution.


By going for height and a conventional straight-through paper path from the back of the machine to the front, the company has managed to produce a good looking, modern device, though we’re still uncertain about the swathes of piano black plastic down its front surface – there’s even a small cloth supplied inside the printer to maintain the pristine gloss. 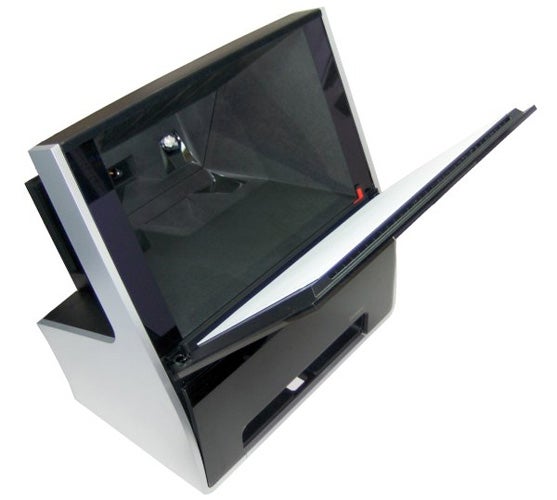 Set in the centre of the front panel is a 109mm touchscreen LCD, augmented by a number of illuminated touch buttons for things like Copy, Cancel and Home. The touch panel works well and uses the same menu system as most of Lexmark’s Pro range of all-in-ones.


The Genesis S815 is claimed to be smaller than its competitors but, once you’ve extended the output paper tray from the front of the machine, you have a footprint of 386 x 490cm. This is actually larger than, for example, Lexmark’s own Pinnacle Pro901 at 465 x 392. 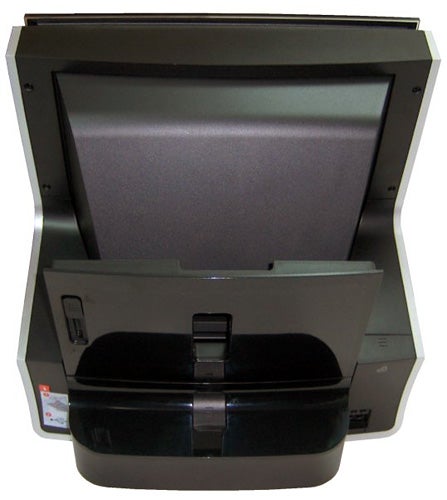 The paper tray at the rear is quite close to the back of the scanner cowl, making it slightly awkward to load 15 x 10 cm photo blanks. There is no separate tray for these, so you have to remove any plain paper first.


The supplied software includes Abbyy Finereader Sprint OCR and drivers for Windows and OS X. Linux drivers are also available. Additionally, this printer supports Lexmark’s Smart Solution apps, which can be downloaded from its website straight into the machine. The process still has to be controlled via a connected computer, though, rather than directly from the device itself. 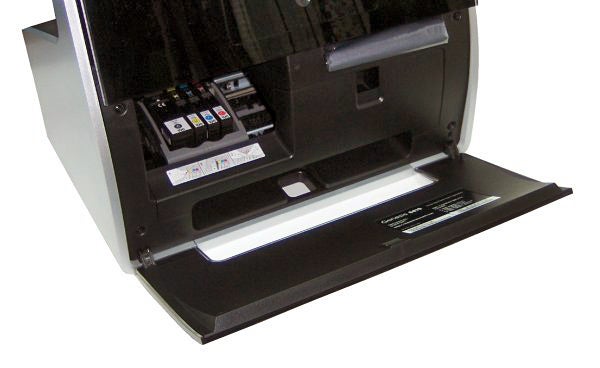 The four Vizix ink cartridges plug into the print head, though access is slightly restricted due to the design of the Genesis S815 – remember to slot in the lugs on the front of each cartridge first, before pressing it into place. USB and wireless connections are supported as is WPS push-button setup, if you’re wireless router supports it.

This isn’t the first near-vertical flatbed scanner to hit the market; HP produced one a few years back, but that was a stand-alone device and used a conventional, tracking scanner head. Lexmark’s FlashScan device effectively takes two photos, of each half of the page, and stitches them together, all in around three seconds. An A4 sheet sits on its edge, leaning back against the glass, while photos clip under its top edge, like order slips in a diner.


The scan results are very good, with strong natural colours and no signs of a join. At the launch, a Lexmark executive explained there was a lot of development work needed to remove barrelling distortion in the corners of the image. We can confirm there’s very little distortion of any kind in the production model. 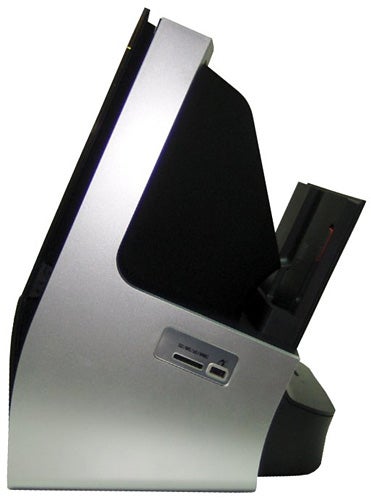 Print speeds are similar to those from other Lexmark printers using the same print engine. We saw black text print speeds of up to 6.9ppm, with 7.9ppm for draft print. Black text and colour graphics produced 3.4ppm. Both these speeds are respectable, but perhaps more so is the duplexing speed of 4ppm. Although the Genesis S815 pauses between front and back sides of each sheet, it doesn’t do so for as long as several of its rivals.


Scans and copies, of course, are quite a bit faster thanks to the FlashScan. A colour A4 page copied in 30s and scanned in around 20s. Although the scan itself is near-instantaneous, the transfer and formatting into a usable PDF is still dependent on the speed of your computer. 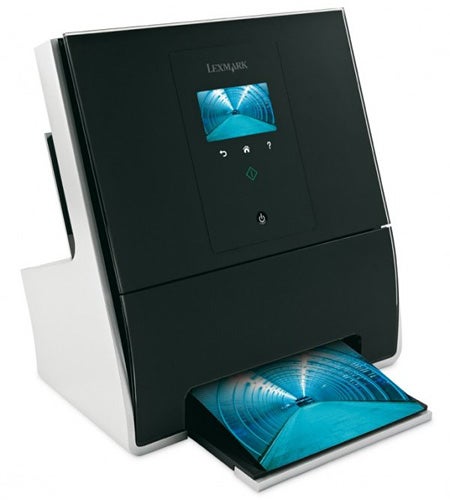 Print quality is good, with solid black text and accurate graphic colours on plain paper. A copy using the FlashScan scanner was, if anything, closer to the original than from more conventional devices, and photos showed very good levels of detail, though they were by default rather dark compared with the originals.


It doesn’t appear the machine can use the extra low-cost 105XL black cartridge that gives Lexmark’s top-of-the-range Pro machines such a low cost per black page. Here, ISO black print comes out at 4.4p and ISO colour at 10.9p, each with 0.7p for paper. The black print cost is a little high compared with some rival machines, but the colour cost is below average for this type of device. Cartridge costs appear to vary more than most between suppliers, so it pays to trawl the comparison sites.


Unusually for a brand new printer, Lexmark is currently promoting the Genesis S815 with a £200 cashback offer. At a touch under £200, it’s very good value. At £400, even the novel design and FlashScan may be hard to justify. The vertically mounted scanner works very well and is certainly fast – ideal if you want to convert a large collection of traditional photo prints. The rest of the machine is similar to one of Lexmark’s high-end Pro machines, but looks rather better.