For the most part USB memory keys are much of a muchness. Occasionally you’ll find one that’s unusually fast, such as the Corsair Voyager GT, or one with an in-built card reader such as the Kingston DataTraveller Reader, but for the most part there’s little that sets one apart from another.


Still, the companies involved in this market manfully continue to try and differentiate their products and Lexar has done just that with its JumpDrive Secure II Plus. Although it looks like any other USB drive, it has one rather smart feature that sets it apart: a capacity meter. It seems like such a simple idea, and god knows plenty of people have probably dreamed of such a feature, yet it’s not something that’s seen too often. 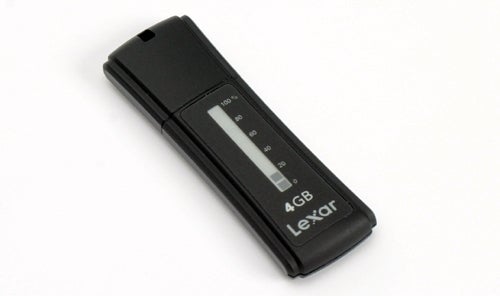 In theory it’s an eminently useful little feature, allowing you to know roughly how much space is available on the drive without actually plugging it into a computer. The meter uses a percentage scale, with ten increments of 10 per cent each.


It must be noted, however, that this isn’t quite the perfect solution. Ideally this could be split into 1GB major increments, with 500MB minor increments. This sort of arrangement would be more intuitive, as the percentage method requires you to have a basic grasp how the reading shown relates to the amount of storage remaining.


Moreover, the Corsair Flash Readout boasts similar functionality but with none of the ambiguity of the Lexar. As the name suggests, it has an LCD readout showing the exact amount of space left on the drive. Compared to this, the Lexar’s percentage meter seems rather primitive. 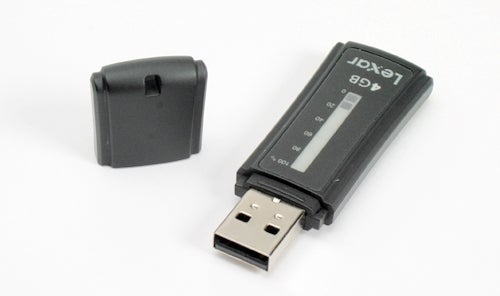 Other than the capacity meter the JumpDrive Secure II Plus is completely unremarkable. The casing is finished in dull black plastic, and that plastic is hardly of the highest quality either. It feels rather cheap and nasty, and certainly couldn’t take much in the way of punishment were one to drop it, or accidently tread on it. It also has a removable cap, which as ever, is only likely to be lost.


As you can tell, aside from the capacity meter the design is pretty ordinary and doesn’t really match that of SanDisk or Corsair – or any number of other USB keys for that matter.

One area where it does excel though, is in data security. Every key comes with the Secure II file encryption software, which is nicely featured, easy to install and easy to use. It uses 256-bit AES encryption, and allows you to create a vault on your drive where you can drag and drop files and encrypt them on the fly. There’s also a file shredder utility, which ensures that when you delete a file is stays deleted – it’s kind of like Cillit Bang but for Word Documents.


Creating a Vault is a very simple process. First you must name it. 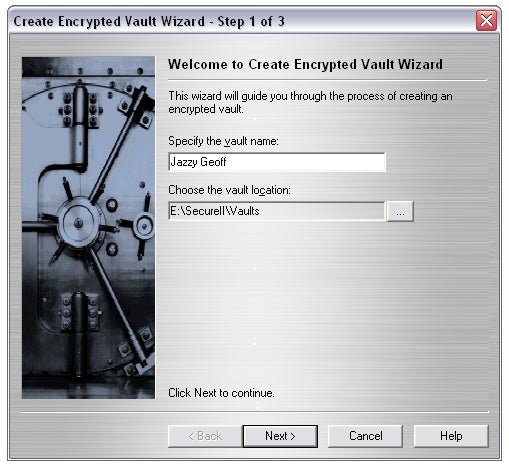 Then use the slider to select how large you wish the vault to be. 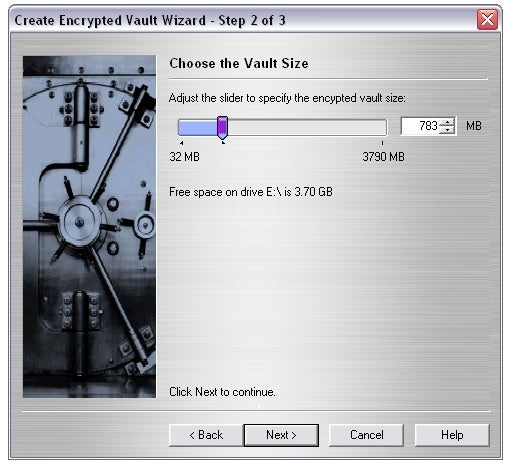 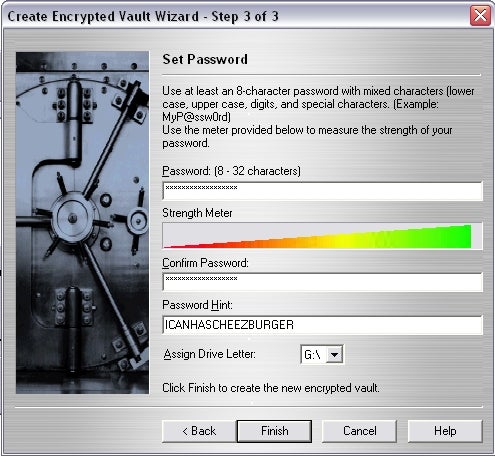 Everything about this process is well thought out and immediately intuitive, making protecting your files from nosy parkers a breeze.

Regrettably, there’s nothing breezy about the performance of the drive. For testing we ran two sets of read and write tests to see how the drive performed with different kinds of files. The first was a simple Large File Test, a single 700MB video file and the other a more demanding Small Files Test, which consisted of just over 1GB of various files including documents, music files, images and plenty besides. Each test was performed three times, with an average time taken from the three and a speed rating (MB/s) derived from it.


In the write tests the Lexar was particularly disappointing, managing just 3.8MB/s in the Large File Test and 1.8MB/s in the Small Files Test. This trailed the Corsair Voyager GT by a massive margin, while also failing to match up to a generic memory key as well. 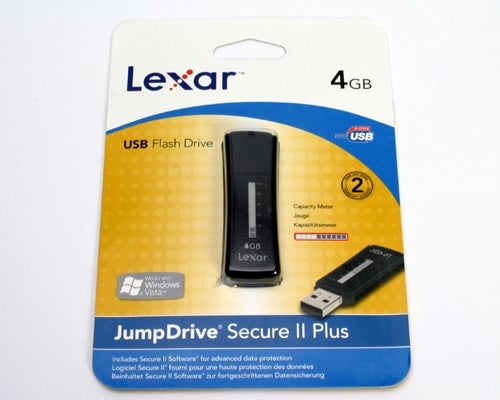 Things did improve a little in the read tests however, with 18.3MB/s in the Large File Test, while it was the quickest in the Small Files Test with 10.1MB/s. Still, this was the only area where the Lexar won out and even then it wasn’t by any great margin. At the very least it means that it’s relatively pain free to get lots of documents off the device, though it’ll obviously take a good deal more time to get them onto the device in the first place.


Ultimately this lack of overall performance puts into the question the value of this drive. One can certainly get faster drives for less money, which will give more bang for your buck. Moreover, aside from the capacity meter the design is uninspired and not especially sturdy. Its file encryption may be impressive, but that data security isn’t worth much if the drive is damaged somehow.


Though the capacity meter is a nice idea, it’s not quite as intuitive as it could be and the overall performance of the Lexar JumpDrive Secure II Plus is hardly breathtaking. Good file encryption software does add something extra, but otherwise this is a fairly ordinary device with a gimmick thrown in for good measure.