The first thing we need to say here is that we haven’t mistyped the price at the top of this review. There’s no extra zero on the end. Which is to say that you really will need north of £23,000 to get your hands on the Lewis MSB Series ‘home theatre’ server we’re testing out today.

Obviously this makes it exclusively the domain of the super rich. But quite aside from the fact that we’re confident one or two super-rich dudes read our site, we also think that the MSB Series is sufficiently interesting to get your attention even if you haven’t got a hope in hell of ever being able to afford one.


What makes it so special? Well, there are a number of factors, all of which we’ll cover in due course. But the single most key one – and a world first, we believe – is the rather handy ability to copy Blu-ray and HD DVD discs in their entirety to hard disc so that, in true server style, you can then distribute your HD films all over the house without needing to ever get the HD DVD or Blu-ray discs out of storage again.

Other systems have allowed you to copy HD films from discs. But the Lewis MSB series is to our knowledge the first server system that’s able to also copy Blu-ray and HD DVD disc menus in their entirety, so that you can navigate them and enjoy all the extra features in just the same way you would with an actual disc. Pretty cool, huh?


Having hopefully piqued your interest in the MSB Series, we’re going to have to get slightly technical on you for a moment as we try to explain exactly what buying an MSB Series’ home theatre server really gets you. 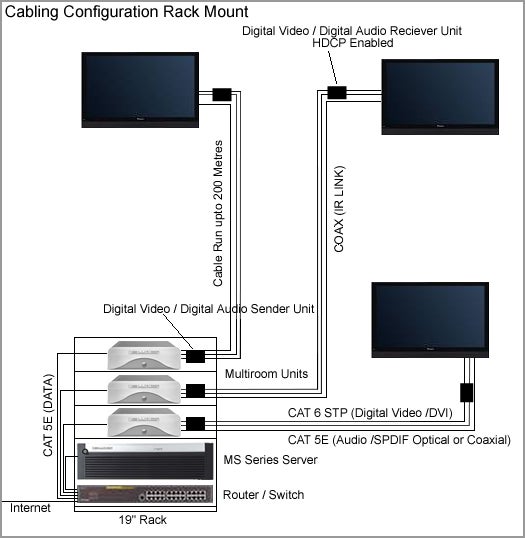 Essentially there are three main elements. In a kit rack at the heart of your system you’ll have either an MSB4800 or MSB9000 Storage unit (holding all the HDD memory), fed by a separate ‘1.5u’ Blu-ray/HD DVD/CD/DVD drive. From the server, video is distributed across your network over distances of up to 200m via CAT 6 and CAT 5E cabling (for video and audio respectively) to as many as 50 different rooms, in each of which you will find the third component, the MSB Multiroom receiver/playback unit.


Yes, I really did say 50 rooms back there. But then if you’ve got the 20 grand plus required to actually buy an MSB system, there really is a chance you might have 50 rooms in your house. If that’s the case, then the extra £1,800 needed for ”each” multiroom receiver for every one of those rooms is probably just pocket change to you. 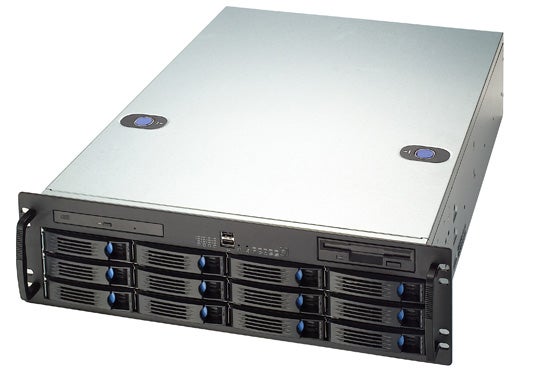 Technophobes among you might be wondering at this point about what happens if these storage units ‘crash’. You’d lose all of your data, right? Wrong. For each of the servers’ huge capacity is built using 12 separate drive units, configured using a system known as ‘raid six’ whereby two of the drives can fail before there’s even a concern about your stored files being affected.


One final piece of pertinent information you should know about the MSB Series is the amount of time it takes to rip discs to the HDD. With Blu-ray’s and HD DVDs you’re looking at around 90 minutes per film, while standard DVDs will take around 30 minutes.

This, clearly, is a little longer than a similar operation might take on a single drive system. But don’t forget that as well as copying the HD discs in their entirety, menus and all, the MSB Series are also storing each film across 12 drives for total protection against hardware failure.


We should make it clear at this point that the Lewis system is built around an exceptionally powerful PC system, driven by Windows Vista. Which is actually pretty great news, of course, since it means you’ve also got access to more or less all the same features you’d expect of a normal PC, only accessed via a far simpler, remote control-driven user interface. Surfing the Internet, storing digital photos, ripping your CDs to the hard drive along with your films, watching (and recording) digital TV and much more is also offered by the MSB Series courtesy of Windows Vista, making its HD disc ripping capabilities suddenly start to look like merely the icing on what is already a mighty flexible cake!

It’s fair to say, then, that the feature count of the Lewis system is off the scale compared to what you’d find with, say, a mere TV or Blu-ray player. But it would also be fair to say that getting the best from the system in configuration with your display devices is a touch trickier than it would be with a simple Blu-ray player. For instance, you have to marry up the desktop settings with the Windows Vista settings so that they both best suit your screen’s settings! 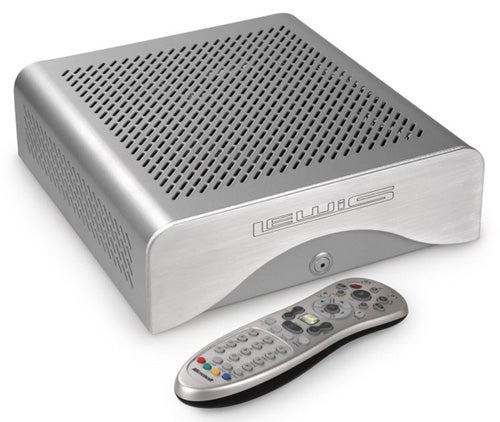 
Let’s be realistic here, though; if you buy a Lewis MSB system, you’ll be buying it as part of a full professional installation done by experts; it’s not something you’re likely to be taking on yourself! And the occasional bit of faffing around behind the Windows Vista scenes is hardly going to trouble the sort of whizz-kids who know how to distribute AV around a big house.


As we set about seeing just how successfully the Lewis MSB system goes about its business, we immediately come across a slight problem: HD Audio. Many Blu-ray and HD DVD discs these days feature one of the new so-called HD high-resolution, 7.1-channel audio formats: Dolby TrueHD, DTS Master Audio or raw PCM. Yet since the multi-room receiver boxes only carry HDMI 1.2 jacks rather than HDMI 1.3 jacks, there’s currently no way to enjoy these sound formats in every room.

However, before anyone gets too deflated by this, it’s unlikely that even the most preposterously wealthy buyer is going to have fully fledged 7.1-channel audio systems in every room of their house. And it is possible to integrate into the system one of Lewis’s 3 Terabyte MS3000HDB 7.1 Audio Media Center units, complete with analogue 7.1 channel line outs, so that at least the main home cinema room in the house can enjoy the full HD audio experience. Plus Lewis intends to upgrade all of its Multi-room boxes with HDMI 1.3 connections that could carry HD audio information as soon as it can get them coming through the system.

Lewis claims that its files are ripped to its servers losslessly, and this seems borne out 100% by how they look and sound. Which is to say that they’re pretty much perfect replicas of the original content.


And so if you upload an HD DVD to the servers, when it plays back its pictures will contain every pixel of fine detail information that the original disc did, every bit of colour subtlety, every immaculate edge, every drop of contrast… Really, it’s amazing to behold. 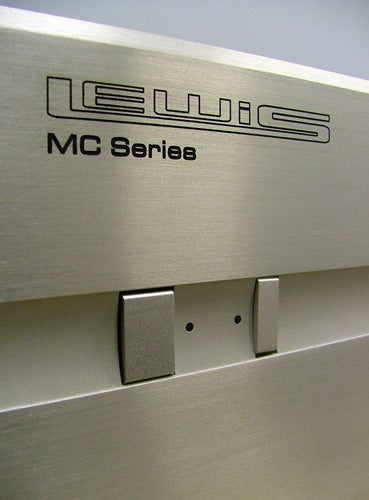 There’s possibly a tiny, tiny bit more stutter in horizontal motion at times when playing a film from the servers rather than direct from disc. But this is a pathetically minor point that you shouldn’t even think twice about when you consider all the practical benefits the system is bringing you.


As for audio, the Dolby Digital or DTS 5.1 mix on any disc again emerges from the Multiroom units sounding every bit as pristine as it does if you play it direct from a Bu-ray or HD DVD player.


You do have to put up with a little fan noise from the multiroom player units, especially when watching HD. But then if you can afford this system in the first place, we’re sure you can also afford to have the multiroom units tucked away somewhere nice and quiet.


Finally those Blu-ray and HD DVD menus that are so important to the MSB Series specification really do seem to work flawlessly. Our only gripe is that the system for accessing these menus isn’t totally consistent; for instance, while pressing the remote control’s DVD Menu button works for Blu-rays, for HD DVD you sometimes have to press the ‘up’ or ‘right’ arrow keys on the remote. But this isn’t actually as big a deal as it sounds, we promise.


With high def TVs starting to find their way into more and more rooms of even pretty average households, providing a means of distributing HD all around our homes is becoming increasingly desirable. Plus, as the average AV fan’s collections of film and CD discs grows and grows, having a one-stop location to store everything is also becoming an attractive prospect.


Cue the MSB Series, which satisfies these thoroughly modern needs more comprehensively and with more quality than any other solution we can currently think of. In other words, it’s time to go and see how much money you’ve got tucked under your mattress! 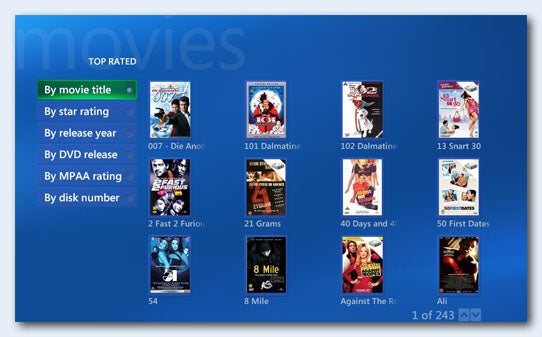 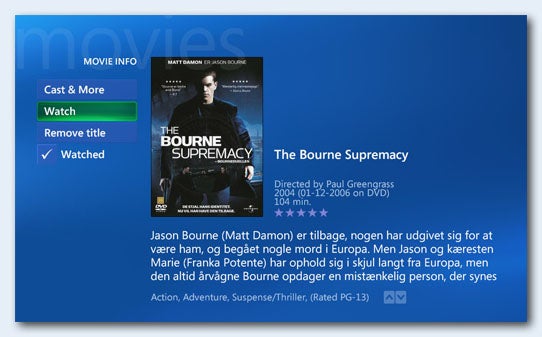 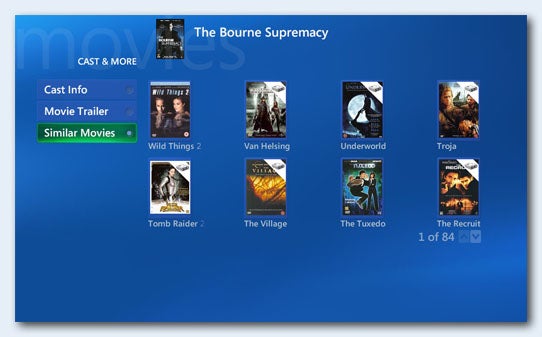 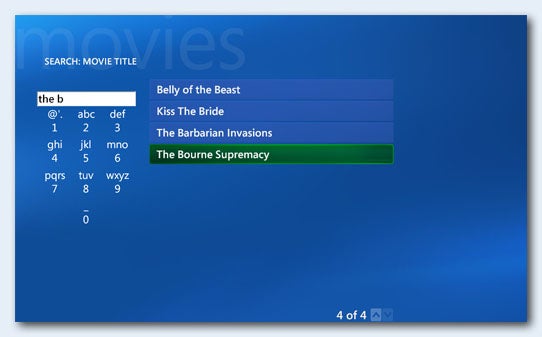 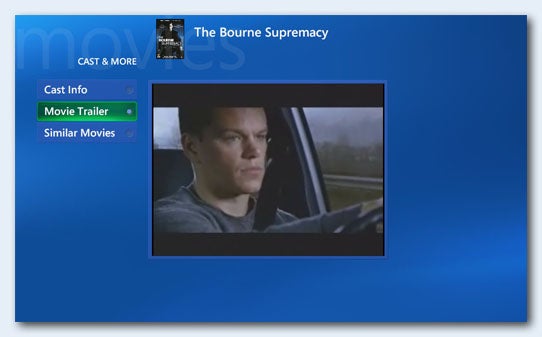 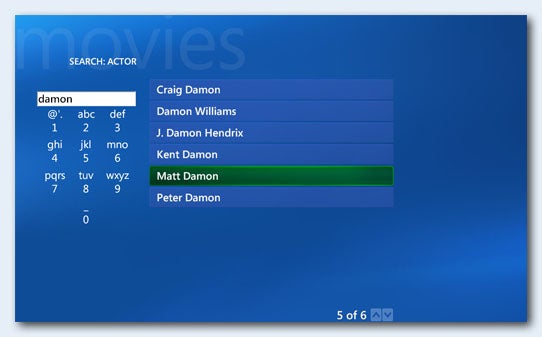 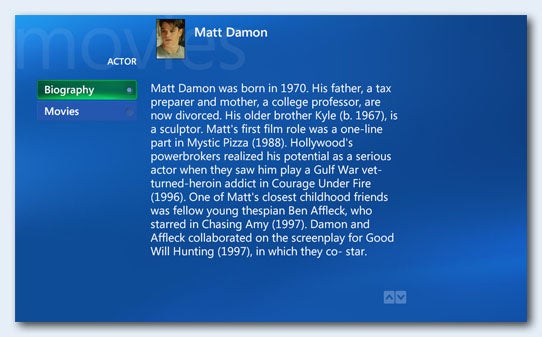 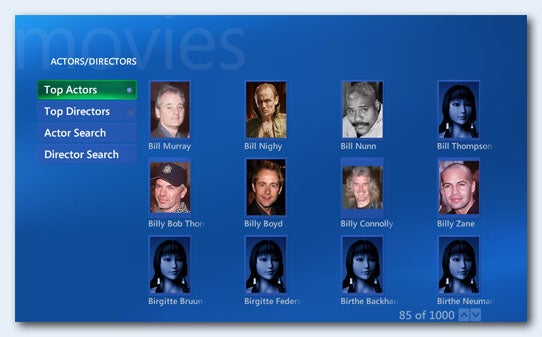