What is the Lenovo Zuk Z2?

It runs Android 6.0.1 underneath a custom ZUI user interface and boasts a 13-megapixel camera on the rear that’s capable of capturing 4K video; on the front there’s an 8-megapixel selfie camera.

Remarkably, all of this tech comes in for less than £200. Lenovo is already famous in the realm of computers and its recent acquisition of Motorola has bolstered its standing in the smartphone arena – which makes the launch of the China-only Zuk range all the more puzzling. Despite the fame of its brand, Lenovo has declined to feature its logo on the Z2; it clearly wants the Zuk name to stand out on its own.

Although it retails for less than £200, the Zuk Z2 has the kind of build quality you’d expect to find on a handset that costs twice, maybe three times as much.

There’s 2.5D glass on the front and rear, which rounds off neatly along the edges and appears to have some kind of coating that keeps greasy fingerprints to a minimum.

There’s no denying that the Z2 feels great in the hand, but the flat and glossy back panel mean that it slides off pretty much every surface you place it on, so it might be advisable to invest in a protective case. 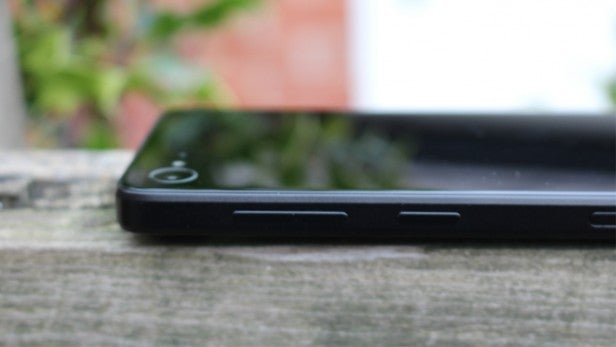 The edge of the device feel like plastic, but it’s actually metal covered in a matte material to increase grip. The power and volume keys are fashioned from plastic and can be found on the right-hand side of the phone.

The only other physical input is the home button, which doubles as a fingerprint scanner and is situated below the screen. This button feels a little cheap when pressed and certainly doesn’t give the same reassuring “click” you’d get from a Home button on a Samsung or Apple device.

Despite the cheap feel, the Home button hides some neat tricks. Swiping from right to left switches to the last-used application, while swiping from left to right takes you in the opposite direction. This allows you to multi-task and toggle between apps without having to drop back to Android’s dedicated active app screen (which is accessed by double-clicking the home button if you so wish).

A single tap on the home button – not a full press – acts as the “back” command. It works really well once you become accustomed to it.

With dimensions of 8.5 x 142 x 69mm, this is quite a compact device – when placed next to the iPhone 7, there isn’t much difference in terms of overall size. The Z2 is a lot lighter, however, coming in at just 149g. This gives it heft without feeling cheap and insubstantial. 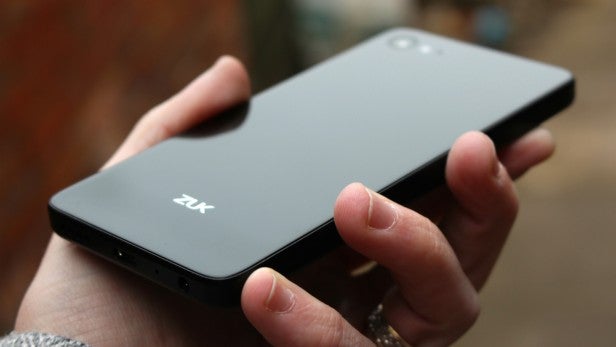 On the bottom edge you’ll find the USB Type-C port, 3.5mm headphone socket and mono speaker. The SIM card tray is found on the right-hand side of the phone, and accepts two nano-SIMs – a common feature on phones intended for the Chinese market. There’s no microSD card slot; the phone comes with 64GB of storage as standard, which should be more than enough space for the typical user.

The Z2’s IPS 5-inch screen has a resolution of 1,080 x 1,920 pixels, giving it a PPI of 414. The LTPS screen is similar to the one used in the iPhone 7, and you can expect comparable performance but a higher overall resolution. It doesn’t have quite the colour reproduction an iPhone does, but considering the price you’re getting a good panel here.

Images look sharp, colours are replicated well, and legibility in sunlight is excellent. Brightness can be jacked up to impressive levels too, again something rarely seen on more affordable handsets.

Viewing angles are also rock-solid and there isn’t any banding – odd colour movement – when you tilt the phone.

The Z2 runs Android 6.0.1 right out of the box, which is the norm for most modern Android phones – only the likes of the Google Pixel XL are lucky enough to have Android 7.0 at the moment.

The custom ZUI interface is clean and unoffensive, as well as being refreshingly light on bloatware. In fact, the phone lacks a large volume of apps on startup, with many core Google services missing. The app drawer is also missing – a common trait with Chinese Android phones.

The software installed on my review unit was flashed by the Chinese reseller that sent the phone, and has been set up very much with an international buyer in mind.

Google Play Store support is included, so grabbing the likes of YouTube, Google Mail and Google Drive isn’t an issue, but there’s no way to update the phone’s firmware.

Presumably this option has been omitted because Lenovo’s OTA updates don’t work outside of China, but it’s a rather extreme workaround – it means that out of the box, the Z2 will never receive any automatic updates. I also noticed annoying bugs, such as downloads randomly hanging in the Google Play Store. 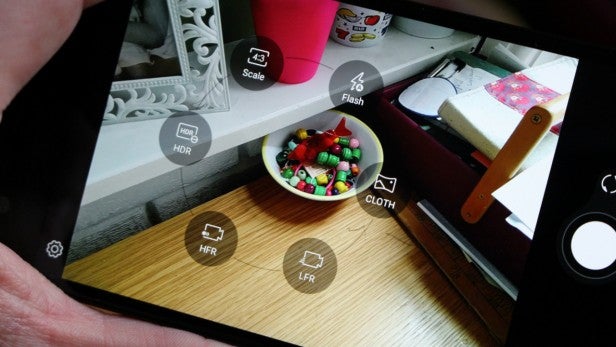 As is often the case with Android, it’s relatively easy to flash the official Chinese ROM, switch the language to English and source APK files for core Google apps, thus solving these irksome issues.

However, casual users might find this process a little intimidating, and flashing ROMs always carries a risk; you could potentially brick your shiny new phone.

Alas, these are unavoidable quirks when you’re importing a mobile from abroad. As is the case with the vast majority of Xiaomi’s products, the Z2 simply isn’t intended for use outside of the Asian continent.