The Lenovo Yoga Tab 2 Pro’s 13.3-inch
screen was a key selling point for that tablet, so I had high
hopes for the Yoga Tab 3 Pro’s shrunken-down 10.1-inch display. Generally it met my high expectations and is one of the best around for watching movies and playing games.

The
2560 x 1600 QHD resolution ensures text and icons on the display
look consistently sharp and I never once found myself squinting to read
web pages or ebooks.

As an added perk the screen
features Lenovo AnyPen technology. The tech lets the screen detect and
read commands from any conductive object as if it was a stylus. 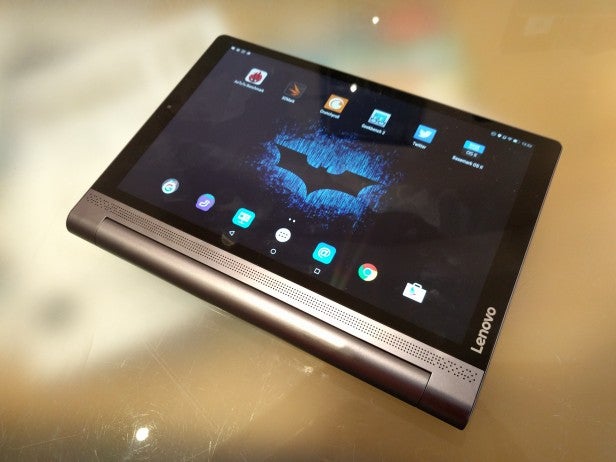 The
feature sounds silly, but it is actually pretty useful. I regularly used
the Tab 3 Pro to display recipes or how-to videos while cooking, and on
several occasions I found myself having to scroll up or rewind the
videos. The AnyPen support meant I could grab a
nearby pencil with a rubber end and use it to interact with the screen,
saving me from smearing it with my grubby paws.

Brightness levels are
also suitably high and colours look rich and vibrant – though at times they
border on looking a little oversaturated, especially when compared to
the Apple iPad Air 2’s wonderfully calibrated screen.

Whites and
blacks are also good, but not the best I’ve seen. The Yoga Tab 3 Pro’s
whites are a little on the muddy side and have a slightly grey-ish
tinge. Blacks also aren’t as deep as those seen on Samsung’s competing
Galaxy Tab range of tablets.

I’ve
never made my disdain of Android skins a secret. Most skins have been an annoyance that flood the OS with bloatware and make needless
changes to the user interface.

Skins also add insult to injury by
delaying how fast devices can receive updates to newer versions of
Android, which is probably why there’s no current word on when,
or if, it’ll be upgraded to Android 6.0 Marshmallow.

However, as skins go,
Lenovo’s isn’t the worst and Lenovo has learnt from the mistakes it made
on the Yoga Tab 2 Pro – which made a number of bizarre changes to
Android, such as removing the OS app drawer. 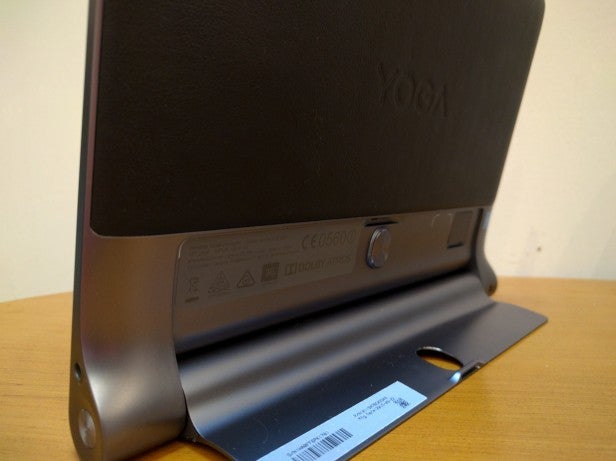 There is however still some bloatware, though it’s not overly intrusive. Key offenders include custom Lenovo stores.

Lenovo
has also made a few unnecessary changes to the UI, doing things like
replacing Android apps’ native shortcut icons with Lenovo’s own, and
redesigning the settings and notifications menus to the point that they’re
close to unrecognisable.

Considering how good Android’s native
user interface is, I can’t help but wish Lenovo had mirrored its Windows
PC strategy and used an untouched version of Android on the Yoga Tab 3
Pro.

We really do hope the Tab 3 Pro gets an upgrade to Android
6.0 Marshmallow soon. Marshmallow is a huge step forward
for Android that adds a boatload of useful new features and under-the-hood performance improvements. The best features include enhanced
privacy controls, a “Doze” battery-saving feature, support for Android
Pay – when it arrives in the UK – and Google Now on tap.