If we don’t sound completely convinced it’s because we at Trusted Reviews weren’t the biggest fans of the original Snapdragon 835 laptops. Last year’s offerings, while delivering stellar battery, suffered more performance and optimisation issues than you could shake a stick at. Add to this some quite frankly ridiculous RRPs, such as the mega-expensive HP Envy X2, and we quickly lost interest in Snapdragon on Windows.

However, having had an opening fiddle with the Yoga C630, my interest has at least been partially piqued. It appears that Lenovo has addressed at least a few of my issues with Snapdragon laptops. 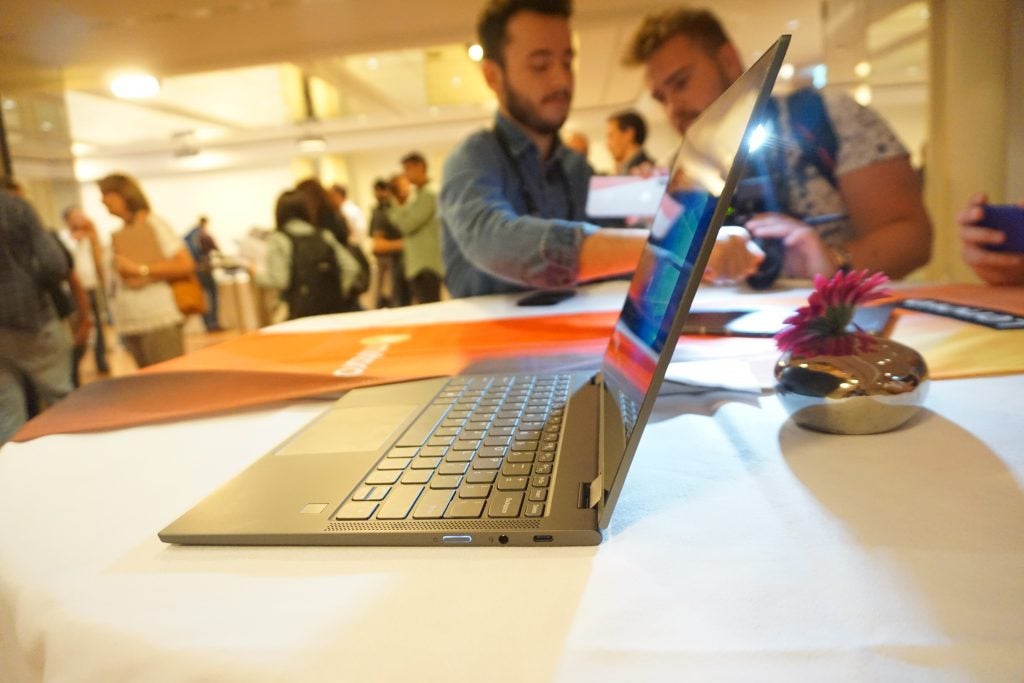 Unlike most 835 laptops, the Lenovo Yoga C630 WOS isn’t ridiculously overpriced, with the base model set to retail for €799 (UK pricing to be confirmed) when it launches in October. While we’re not talking Chromebook-level cheap, the price is at least back into regular laptop territory – and significantly less than the £1000 price that companies were asking for the previous generation of Snapdragon laptops.

The more significant reason that I’m not totally put off this Snapdragon laptop is because the Yoga C630 WOS actually looks and feels like a pretty decent device.

The Snapdragon 850 is the first chip from Qualcomm to be “specifically designed for Windows 10.”

The device sports a similar design to its big brother, the Yoga C930, which in my opinion is no bad thing. It has a top-end metal chassis that feels nicely premium and a sturdy 360 hinge that lets you turn the device into a tablet by folding the screen on its back.

I didn’t get an opportunity to run any benchmarks, or to see how it handled moderately intensive tasks, but a brief stint at multi-tab browsing in Chrome and streaming a load of videos, it appeared to run smoothly. This wasn’t the case when I trying to perform the same tasks on an older 835 laptop.

However, this will also in part be down to the fact that the laptop comes with Windows 10 S installed. This will be a sticking point for some buyers, however.

Windows 10 S is a stripped down version of Microsoft’s OS, which limits you to using apps from the Windows Store. If you use any form of freeware that doesn’t feature in there then you won’t be able to run it on the Yoga C630 WOS out of the box. I’ll be curious to see if it continues to run smoothly on upgrading to full-fat Windows 10. 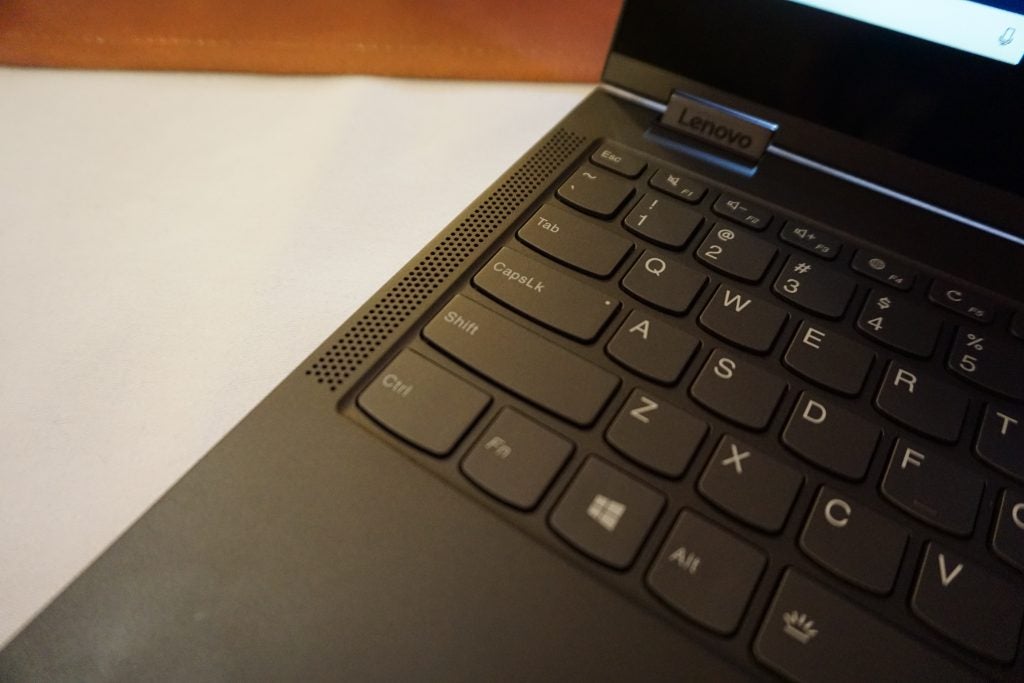 If you’re happy with just using Windows Store apps, then the laptop ticks all the right boxes for usability. The keyboard’s membrane switches aren’t anything to write home about, but they’re no better or worse than competing £800 laptops, offering decent travel and being nicely spread out.

The same is true of the trackpad, which reacted to multi-touch commands with zero issue during the demo. All-on-all, the device feels like it would be more than good enough for basic web browsing and typing up essays.

The same appears true of the 13.3-inch screen. The 1080p touch panel looked to display suitably vibrant and accurate colours to the naked eye. Lenovo isn’t listing the device as being Dolby Vision capable – as it is with the C930 – but at this price that’s more than forgivable. It’s still more than good enough for basic Netflix binging, from what I’ve seen.

You can see a full breakdown of the Lenovo Yoga C630 WOS specs in the table below.

The Lenovo Yoga C630 WOS isn’t the only Snapdragon 850 laptop doing the rounds at IFA this year. But from what I’ve seen so far, it looks like it could be a great all-rounder. If its battery life claims ring true, and you don’t mind the limitations of Windows 10 S, then the Yoga C630 WOS could be a great option for students or those who travel regularly.