Windows 10 comes as standard on the Yoga 900 and runs extremely well, which is to be expected considering its more than adequate spec sheet. What makes Windows 10 and the Yoga 900 a perfect match is the OS’s ability to work well in both Desktop and Tablet mode. The 900 will switch Windows between the two modes depending on how you use it. Rotate the screen much past the 90-degree angle, and the OS will transfer into Tablet mode (it will ask you initially, but you can set it to do so automatically). 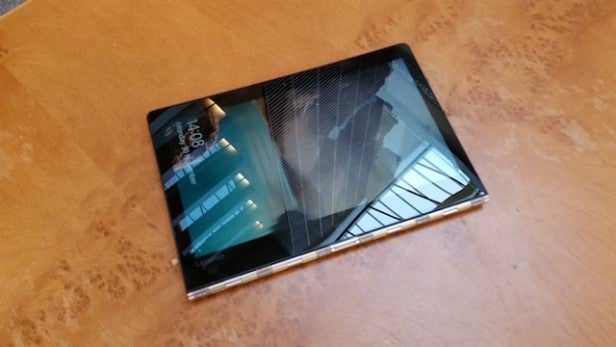 Overall, programs ran smoothly – and if it weren’t for Lenovo’s issues with bloatware, this would have been one of the best examples of a Windows 10 laptop.

Earlier this year, Lenovo was caught installing adware in the form of Superfish on several of its laptops. Superfish collects data, such as web traffic information, to push adverts to users. Following the fiasco, Lenovo promised to “significantly reduce preloaded applications” and “become the leader in providing cleaner, safer PCs”.

Having used the Yoga 900, I can say that, thus far, the company has hardly lived up to that promise. The Yoga 900 came with a host of Lenovo-branded bloatware including Photo Master, Lenovo Companion, Settings, SHAREit, Lenovo ID, OneKey Recovery and REACHit.

It should be said, however, that these programs didn’t continually interrupt me. As such, logging into Windows was a mercifully straightforward process, devoid of the flashing notifications and pop-ups demanding sign-ins and registrations that are an inevitable result of overloading machines with third-party software.

Still, I was expecting far less Lenovo software cluttering the Start menu than what I actually received.

This is where the 900 really does the job. As mentioned previously, the review model I was using was the top-end version of the 900 series. As you’d expect, Windows 10 ran perfectly smoothly in both Tablet and Desktop mode, with programs loading extremely quickly and no sign of any slowdown or crashes.

Whether or not you have the super-boss level version of the Yoga 900, with the new i5 and i7 processors backed up by SSDs and at least 8GB of RAM in each model, this device is sufficiently equipped to deal with pretty much anything you throw at it – short of hardcore gaming. 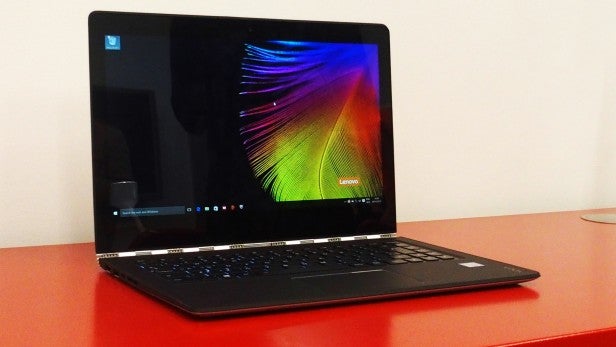 The integrated Intel HD Graphics 520 also does enough for the average user. The 900 scored fairly well on the PCMark 8 test, clocking in at 2,403. This puts it ever so slightly ahead of the Surface Pro 4’s 2,396 and somewhat behind the Dell XPS 13 Skylake’s 2,543.

Essentially, you won’t notice much difference between the Yoga 900 and similar Ultrabooks. The device is more than capable of handling most tasks, but it obviously isn’t a gamer’s dream in terms of graphical performance.

Lenovo claims the new metal-alloy fan is 66% more efficient at cooling than its predecessor. Judging by the amount of times the fan comes on, it would be safe to assume that the company is right.

I’m used to using a 2013 MacBook, which will fire up its fans if I use it for too long on my lap. With the 900, however, it seems as though the laptop is in constant danger of overheating judging by the amount of times the fan kicked in. It would get going at any opportunity, whirring frantically after the laptop had been on my lap for only a minute or two.

In fairness, I didn’t notice that the 900 felt particularly hot at any point, which isn’t surprising given that the overzealous fan didn’t give it the chance any way.

Used as our main laptop for the review period
Tested for at least a week
Used consistent benchmarks for fair comparisons with other laptops
Reviewed using respected industry benchmarks and real world use
Previous
Screen and Ports Review Next
Camera, Battery, Audio and Verdict Review