ThinkPads are legendary when it comes to their keyboards, and the Yoga 260 lives up to that. The chunky keys have a deep, precise action that means it’s really easy to determine whether or not you’ve hit a key properly. If you’re someone who is regularly writing long documents then you’ll love just how good this keyboard is.

Except for two things, although these are personal preferences.

First, the Fn key is to the left of the left Ctrl key. This used to be quite a common oddity until the majority of manufacturers realised it was really rather annoying, since it means all the usual Windows shortcuts (Ctrl+P, Ctrl+X, Ctrl+C, and so on) are made awkward.

Personally, having lived with a few laptops with such positioning, I’d personally never buy a laptop with that layout again. However, if it’s your only computer then you may find you can live with it and, of course, if you’re upgrading from an older ThinkPad you’ll be right at home. 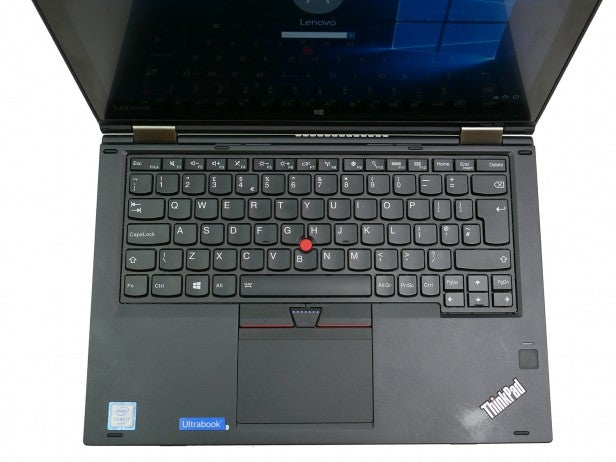 The other, more minor issue, is that I prefer the cursor keys to double as PgUp, PgDn, Home and End when used in conjunction with the Fn key. It’s something Asus, Dell and a few other manufacturers do and it’s a really smart way of conveniently integrating those buttons.

As for the trackpad, it’s perfectly fine but not the best I’ve ever used. It has a smooth surface and defined click action, but despite its looks it isn’t really a click-anywhere surface; since it’s hinged at the top edge, it’s next to impossible to press much above half way up its length. 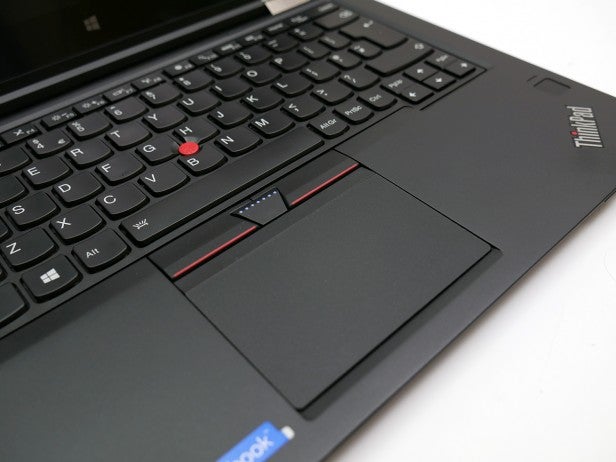 The red trackpoint in the middle of the keyboard, meanwhile, is as good as ever. I’m not a fan of it for day-to-day computing – I prefer trackpads – but for those who do it works well.

So far, so good for the Lenovo Yoga 260, but things take a turn for the worse when it comes to the display. There are a couple of issues at play here.

The first is simply that the quality of the display is below average. While it gets very bright (381 nits) and has a decent contrast ratio (1,216:1), its colour accuracy is poor (7,210K colour temperature) and it’s only capable of reproducing 60.3% of the sRGB colour space. As such, this laptop wouldn’t be suitable for anyone working with photos and video, or on design projects.

What’s more, the display looks a little dull to the naked eye so even just for browsing the web and watching video it isn’t particularly engaging. Also, the brightness settings are all over the place – 40% is just 65nits, 50% is 75nits, 75% is 160nits and 100% is 380nits. Go figure. 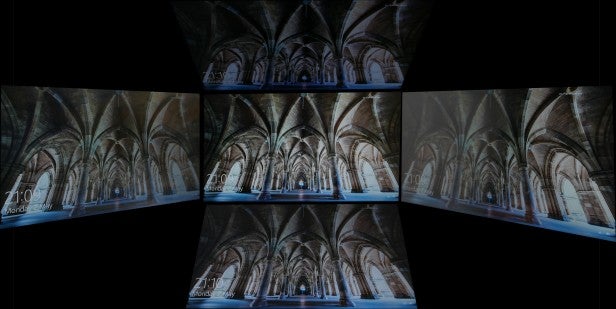 The other problem is the choice of a Full HD (1080p) resolution for a 12.5in screen. It sits at an awkward position, where everything is a little too small at native resolution. As a result, you have to use the Windows scaling tool to increase the size of content onscreen.

However, upping the size by 125% means you’re not increasing it by a whole number. In turn, there’s a slight softness to everything as Windows tries to stretch what would have been one pixel across 1.25 pixels – it’s precisely why all Apple’s products with Retina screens simply have double the pixels they had before – it avoids this problem.

Thankfully, sound quality from the Yoga 260 is far more impressive. There’s little in the way of bass oomph from the stereo speakers, but they can get reasonably loud and remain free of distortion at high volume. Clarity is surprisingly good, too.

Rather more successful is the touch element of the screen, which is responsive and easy to use. As ever, Windows 10 doesn’t make for a fantastic tablet experience, but with the Yoga 260 it’s no worse than usual.

What’s more, the presence of an integrated stylus makes all the difference. It allows you to draw and write effortlessly on the screen, making it easy to annotate documents and even sketch. The stylus can sense 2,048 levels of pressure, so it can even be used for fairly fine artwork. It also charges while docked, with Lenovo claiming you’ll get up to 19 hours of use from 20 seconds of charging.

Lenovo also includes the WriteIt app, which can be used to hand-write directly into text fields. Simply hold down the stylus for half a second and you can begin writing. You have to be careful to write in a manner that’s reasonably easy to read, but otherwise it works well and its built-in gestures for deleting text or inserting a tab are really useful.

All told, as a touchscreen hybrid package this is one of the most convincing I’ve ever used and makes the most of the hardware and software provided. Top marks.

Used as our main laptop for the review period
Tested for at least a week
Used consistent benchmarks for fair comparisons with other laptops
Reviewed using respected industry benchmarks and real world use
Previous
Lenovo ThinkPad Yoga 260 Review Next
Battery Life, Performance and Verdict Review