An opening look at the Lenovo Vital, one of the most interesting health trackers so far

Since Fitbit released its first fitness trackers many moons ago, companies have been rushing out their own health-tracking tech. These days every big wearable, be it the Apple Watch, new Fitbit, or latest Garmin tracker, is capable of measuring or estimating everything from your heart rate to your VO2 max. Traditionally these trackers have been firmly planted on your wrist. Not this one, though.

Having already leapt into the smartwatch market early on with its Moto 360, Motorola has now decided to shake things up. The Lenovo Vitality Moto Health Mod tracker instead sits on the back of your phone.

What is the Lenovo Vital Moto Mod?

The Lenovo Vital is the latest dockable “Moto Mod”. Moto Mods are special accessories that clip to the back of compatible Moto phones, like the Moto Z2 Play and Moto Z2 Force.

Once attached, each Mod adds a specific new function to the smartphone. Past Mods have included the Polaroid Insta-Share Printer, which lets you print small instant snaps of photos taken on the Z phone, plus a nifty 360-degree camera, a short-range projector, a gaming controller and a battery pack.

Like most of the Mods I’ve tried, the Vital isn’t subtle. Measuring in at 12mm thick and weighing 120g, you’re definitely not going to be able to fit your phone in your pocket with it attached. Even if you could, you wouldn’t want to, as the Vital looks like a terrifying, intrusive medical tool designed to suck aliens out of people’s orifices, rather than read your blood pressure. 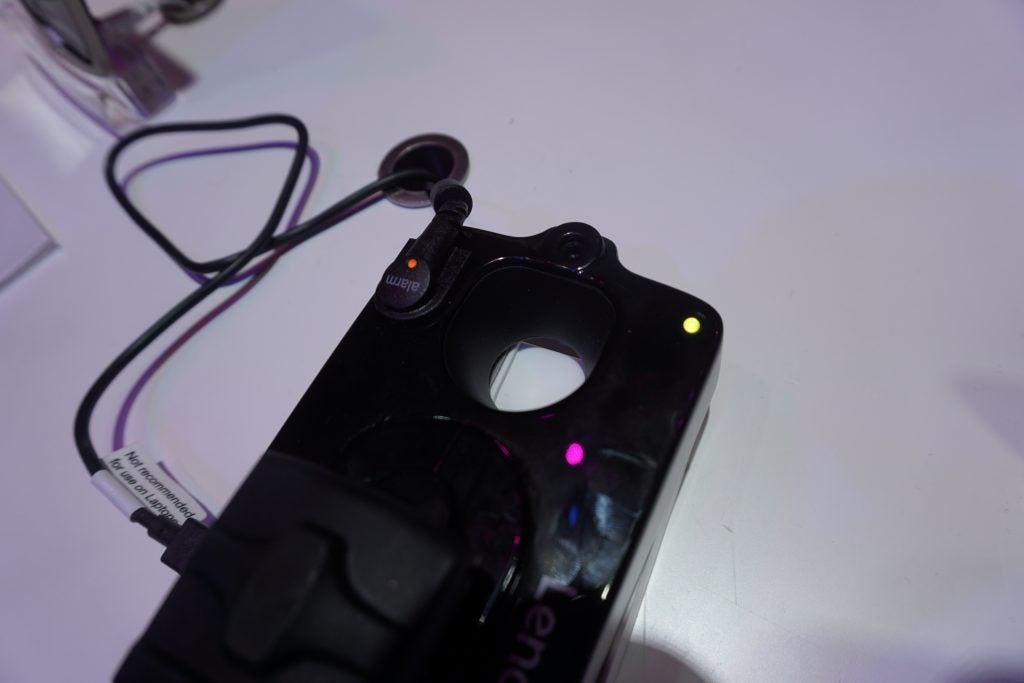 Lenovo Vital MotoMod – What can it measure?

Motorola claims the Vital can measure things such as blood pressure, heart rate, respiratory rate, plus oxygen and temperature. The laundry list of things it should be able to read is pretty impressive, and a marked step up on what you’d be able to track on most fitness trackers or smartwatches.

Lenovo Vital Moto Mod – How does it work?

Using the mod is pretty simple. All I had to do was put my finger into the protruding dock, slip it into a rubber seal and click the onscreen “start button” on the phone with the custom Vital app open. From there the tracker acts like a regular blood-pressure sensor and clamps down around your finger with a surprisingly powerful chomp and asks you to wait two minutes while it does its work.

Once it’s done you then have to turn it around and place its thermal sensor by your forehead, so the Vital Moto Mod can read your temperature. After that it displays its readings on-screen.

Neither the app nor hardware are final, so some stats like my respiratory rate weren’t recorded. I also didn’t have enough equipment on hand to definitively say if the measurements were accurate. But from a tertiary test, comparing the data from the Garmin Vivosport I was wearing and Nokia Thermo thermometer I had with me – don’t judge me, I always get sick at trade shows – the measurements were fairly uniform, which is a positive sign. 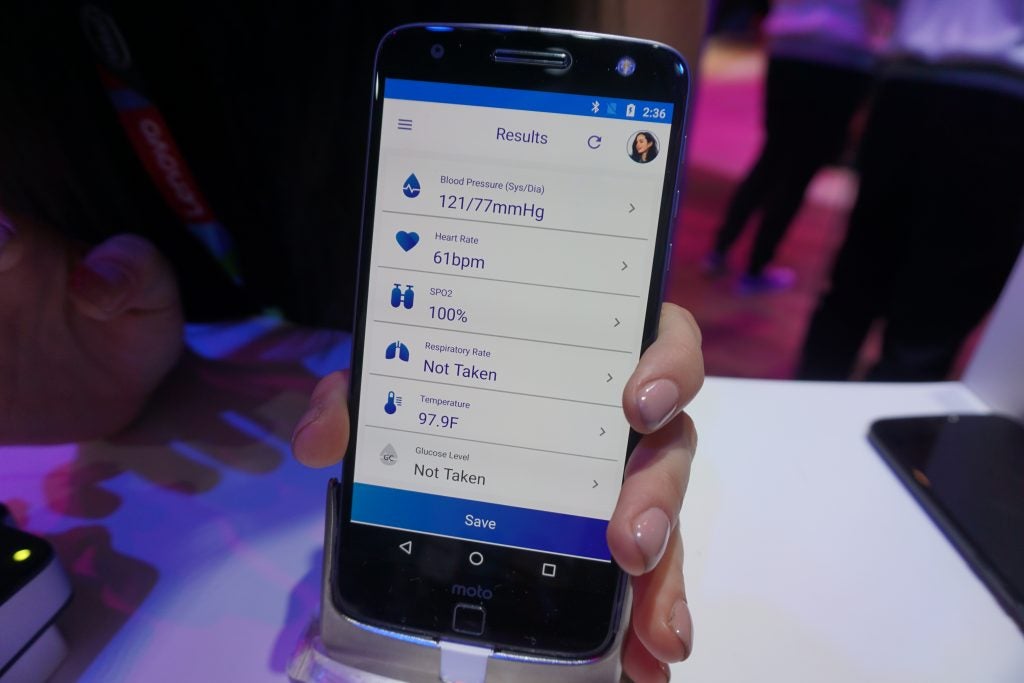 The finalised Vital app will also reportedly have a secure cloud sharing feature that’ll let you forward readings to friends or your local doctor. It’s worth noting, however, that the device doesn’t currently have FDA approval.

Sound interesting? It should, as, if the measurements are accurate enough, this could make the Vital a godsend for concerned parents with sickly kids, for the elderly, or for people with recurring conditions. It could be an easy way to regularly have to check in with their GP without the need to go to a hospital.

Don’t go reaching for your wallet yet. Motorola’s not given the Vital a consumer release date or price in Europe. A spokesman at the show also told us the product will likely mainly be sold direct to businesses and via the channel. This would mean you’d only be able to get your hands on it if a health professional prescribed it to you.

At the moment the only place you can get it is in the US, where it costs a hefty $395.