The Lenovo ThinkPad X1 Yoga has just flipped into the limelight at CES 2017, where I had the chance to get my hands on it. The biggest change for longtime ThinkPad fans is the addition of a new colour option – in addition to plain black, you can now buy all the high-end ThinkPads in silver. This includes the X1 Carbon, Yoga 370 and the X1 Yoga.

I still prefer the classic black, but more choice is always better.

My favourite feature of the X1 Yoga is its clever keyboard mechanism, which completely retracts every key and locks the physical press when the laptop is closed or in tablet mode. This means that when you’re holding the laptop in tablet mode you won’t feel like you’re pressing all the keys constantly. It’s one of those features that isn’t strictly necessary but shows that a lot of thought has gone into the X1 Yoga’s design. 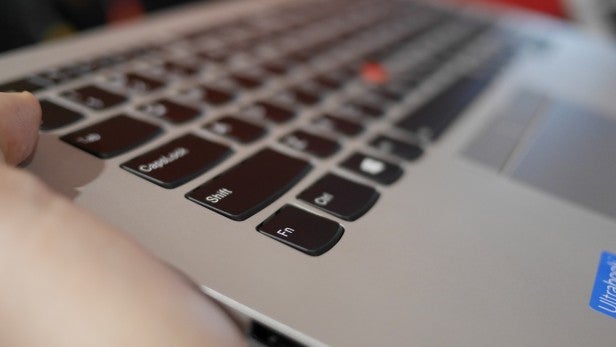 The keyboard retracts into the chassis

This clever mechanism hasn’t upset the ever-excellent feel of the ThinkPad keyboard, with a chunky, tactile feel to every button press.

The touchpad has been improved as well – for the first time ThinkPad laptops now have Microsoft Precision-certified touchpads. This helps produce a faster, more natural response, better gesture recognition and a more reliable trackpad overall. It’s the best trackpad that’s been fitted to a ThinkPad. 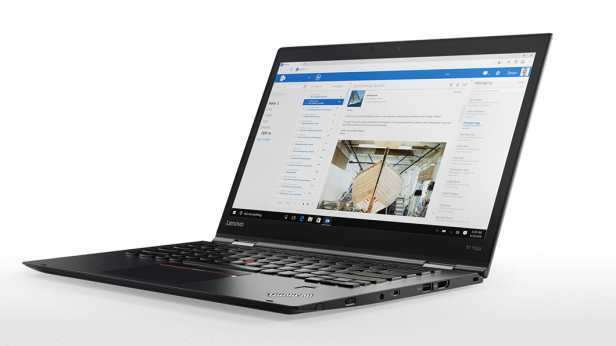 There’s a vast array of ports on this machine, including two USB-C 3.1 ports that both double up as high-speed Thunderbolt 3 connectors for high-end peripherals such as monitors and storage arrays. There are three USB 3.0 ports, HDMI, gigabit Ethernet, a microSD slot, a 3.5mm headset jack and a Micro SIM card slot. 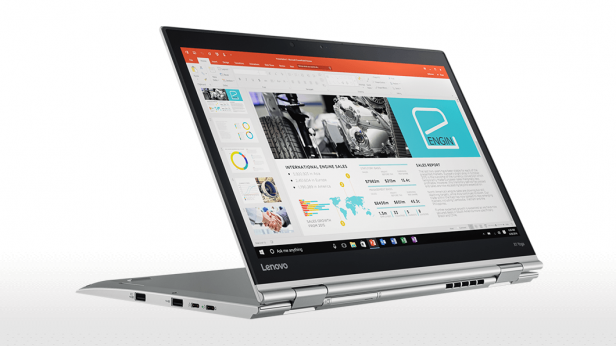 You get high-speed Wi-Fi as well, with 802.11ac connectivity and Bluetooth 4.2. It also supports Intel WiGig, which is an ultra-fast, short-range connection most useful for projecting content to a compatible screen.

The ThinkPad X1 Yoga weighs 1.42kg and has a thickness of 17mm. It’s not the lightest in its category, but considering the hardware you’re getting, it’s a worthwhile compromise. 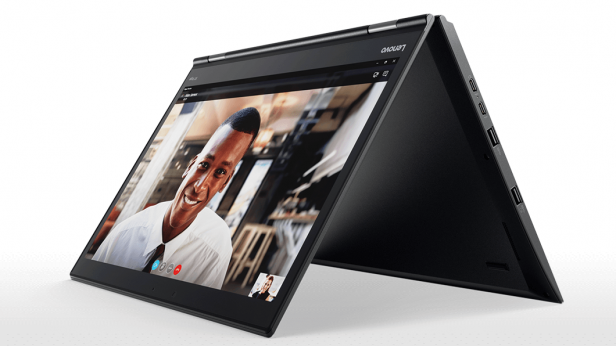 There’ll be a wide variety of processors available. My sample model had an Intel Core i7-7600U processor – a dual-core chip with Hyper-Threading for better intense workload performance. This chip also gets Intel’s new Iris Plus Graphics 640, which should offer brilliant multimedia performance. You can, however, pick cheaper models with plain old HD Graphics 620.

Related: Everything you need to know about Intel Kaby Lake processors

You’ll get up to 16GB of memory running at either 1,866MHz or 2,133MHz for the HD Graphics and Iris Graphics versions, respectively. Lots of different SSDs are available as well, starting at 128GB SATA for the cheapest models up to a 1TB PCIe drive for extreme performance.

Like last year, there’s a dinky active stylus hidden in a slot on the right side of the device, great for making notes and using Windows 10’s new Windows Ink software. If it runs out of juice, a 15-second nap in the charging port will net you 100 minutes of use. 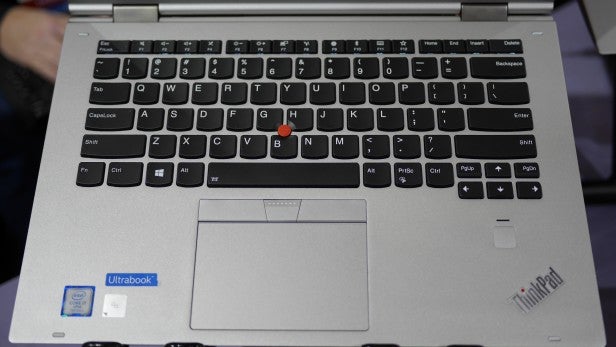 There’s an optional infrared camera for facial recognition via Windows Hello, and there’s also a fingerprint scanner that, again, is optional.

There are various screens available: two regular IPS (in-plane switching) panels and a high-end OLED screen model. My sample was running the 2,560 x 1,440-pixel OLED screen, which manages near-perfect black levels and nice and bright 300-nits white levels. I don’t think it matches the same dizzying heights of the MacBook Pro, but it’s a lovely screen all the same.

The 2017 X1 Yoga is another desirable entry into the business laptop market for Lenovo. While most of them will probably sell to businesses buying several dozen at a time, I wouldn’t be surprised if a few people bought one as a personal machine for use at home.

The ThinkPad Yoga start at $1,500 (around £1,460 inc VAT), but expect to pay a lot more if you want all the extra goodies on offer. It’ll start shipping in February.