Aside from their pleasantly tactile and rugged construction, ThinkPads are justifiably famous for their excellent spill-proof keyboards. The Twist S230U is no exception, offering a simply superb typing experience that’s head and shoulders above what most convertibles and many laptops offer. Layout is pretty much spot-on, except for the usual niggle where Lenovo still puts the Fn key to the outside of Ctrl – but then many ThinkPad diehards will prefer it that way, and for touch typists you can switch the keys around in the BIOS. 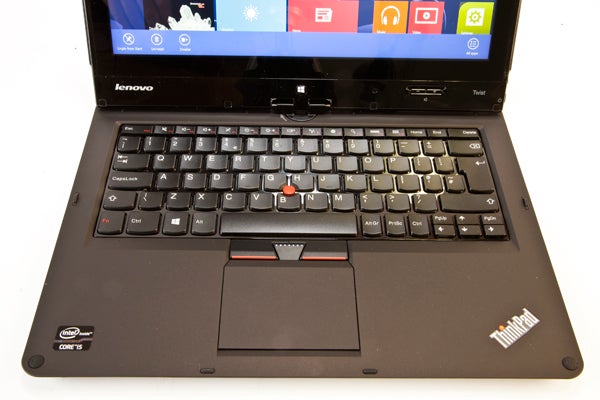 The perfectly spaced keys also sport a unique slightly concave shape that fits your fingertips like a glove. Combined with very deep travel and a positive click, the Lenovo ThinkPad Twist S230U is almost as nice to type on as the average desktop keyboard. Just keep in mind that as the Twist is not one of the most premium ThinkPads, the keyboard is not backlit.

Lenovo’s touchpad design is much improved over its earlier buttonless implementations. The pad’s area blends nicely with its soft-touch surroundings but sports a slightly harder surface that’s a pleasure to glide your finger across. It’s responsive and its ‘buttons’ offer a nice click with no dead zone. The Twist’s pad is not as large as the touchpads you’ll find in many laptops these days, but still a pleasure to use. 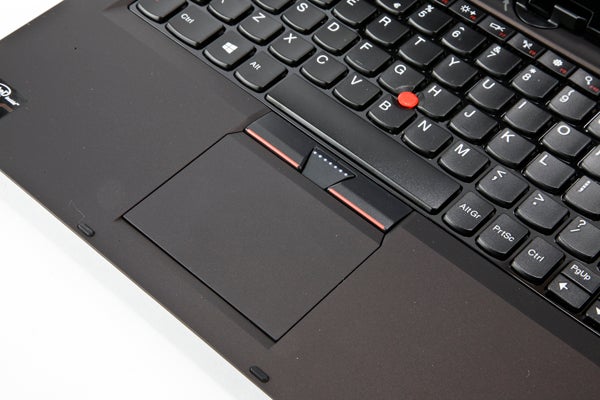 As with every ThinkPad, the touchpad isn’t the only traditional way to control your cursor. Nestled between the G, H and B keys you’ll find a little red rubberised nub which Lenovo calls the Trackpoint. It might take a little getting used to but, personal preferences aside, it’s very handy as it can be used without moving your hands from the typing position. It has its own set of dedicated and brilliantly executed buttons located between the keyboard’s bottom edge and the touchpad’s upper one.

A convertible tablet/laptop without touch really wouldn’t make much sense, and with Windows 8, Microsoft finally has a PC operating system that will make the most of your fingers. As with most convertibles, the Twist’s capacitive touch is responsive and the screen is protected by toughened Gorilla glass. 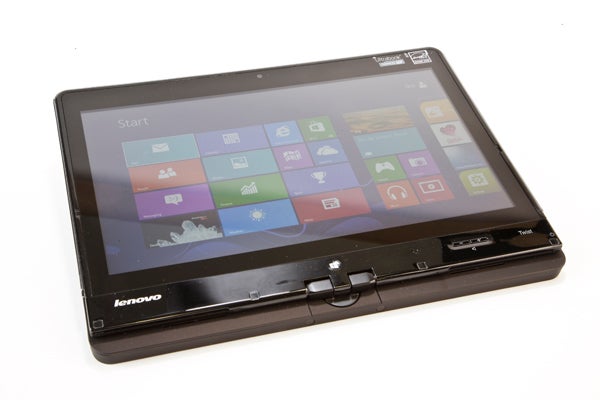 However, aside from dropping Wacom pen support compared to the ThinkPad X220 and X230, the Twist also scales back touch support to five digits, where many premium alternatives support 10. Then again, this limitation is shared by other affordable Core-i based convertibles like the Toshiba Satellite U920t, and the situations where you’ll want 10-point touch are quite rare. 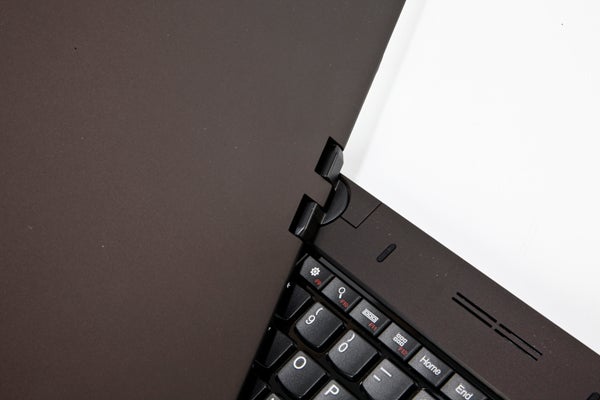 Like most swivel convertibles, the ThinkPad Twist’s screen only rotates one way. The mechanism is strong and offers smooth action. It’s also worth noting that you’ll find a dedicated rotation lock button beside the power button on the right side of the screen, along with dedicated volume controls and the inevitable Windows button in the bottom section of the bezel. All of these come in very handy when using the Twist in its tablet guise. However, purely as a tablet the Twist is certainly usable, but (inevitably) a tad heavy and awkward.

As a long-time proponent of using high-quality IPS screens in some of its laptops, Lenovo were well ahead of the curve. Thankfully these are pretty much standard on convertible devices, and the 12.5-inch screen in the Twist is no exception. It also shares the standard 1,366 x 768 resolution for non-premium Windows 8 convertibles, which is adequate for a screen of this size – if you want higher you’ll have to go for a more expensive Win 8 machine like the Lenovo Yoga 13-inch. 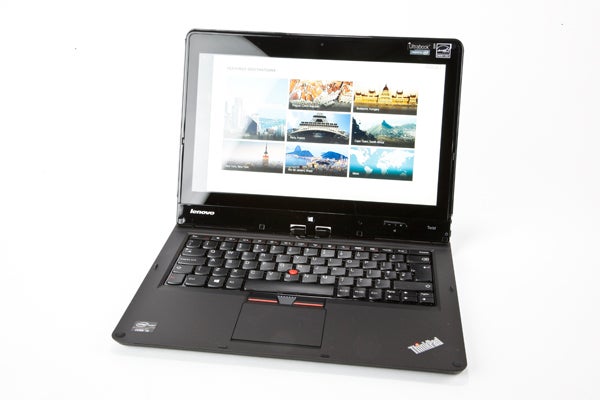 Quality generally held up well. The ThinkPad Twist’s screen goes nice and bright with all the usual IPS advantages, including mostly excellent viewing angles (at the furthest horizontal extremes there was some unusual contrast shift but you’ll never notice this in real-world use), decent contrast with most subtle dark detailing visible, and reasonably accurate colours. Backlighting was also even throughout, except for a bit of unevenness towards the bottom from bezel pinch.

One disadvantage to the Gorilla glass protecting the screen is the inevitable reflections, and the screen doesn’t go bright enough to be usable in direct sunlight. However, this is a characteristic shared by most of its rivals.

The hidden stereo speakers on the Twist are pretty decent as these things go, managing good volume levels along with a bit of treble clarity. However, production is often on the harsh side and they fall flat when it comes to bass. In other words they’re fine for a business presentation or YouTube vid, but for demanding entertainment we’d recommend some headphones or external speakers.