We’re seeing a whole load of different convertibles that straddle the line between laptop and tablet since the launch of Windows 8. There are detachable slates with keyboard docks, like the Samsung Ativ Smart PC Pro. There are sliding models such as the Toshiba Satellite U920t. There are even flip-screen models such as the Dell XPS Duo 12.

But the oldest convertible form factor is one Lenovo has been doing for a long time, and which reached its pinnacle in the ThinkPad X220: a laptop where you can twist the screen around and fold it back to make it a tablet. Now it’s redone the form factor in a slimmer, more stylish package designed for Windows 8, with the Lenovo ThinkPad Twist. 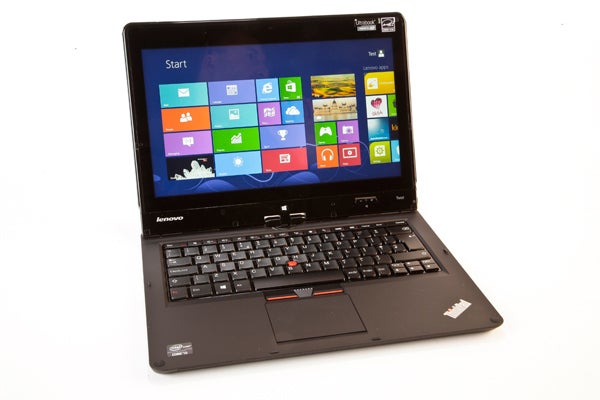 Like its predecessors, the Twist – or Lenovo ThinkPad Twist S230U if you’re into your model numbers – is a 12.5-inch convertible Ultrabook with the renowned ThinkPad style, and good connectivity including optional mobile broadband – though you do lose out on the Wacom stylus. Specs-wise you get an Intel Core-i5 or i7 processor backed by up to 8GB of RAM and a 500GB hybrid hard drive or 128GB SSD. Its touchscreen sports a fairly standard 1,366 x 768 resolution and uses an IPS panel protected by Gorilla glass.

Best of all, unlike the X220 and X230 which demanded over £1,000 from your wallet, the Lenovo ThinkPad Twist S230U can already be found for under £870 online, making it one of the cheapest convertibles sporting Core-i rather than Atom power. Will the ThinkPad quality combined with great features and a low price be enough to make the Twist king of the Windows 8 convertibles as the Lenovo ThinkPad X1 Carbon did with business ultraportables? 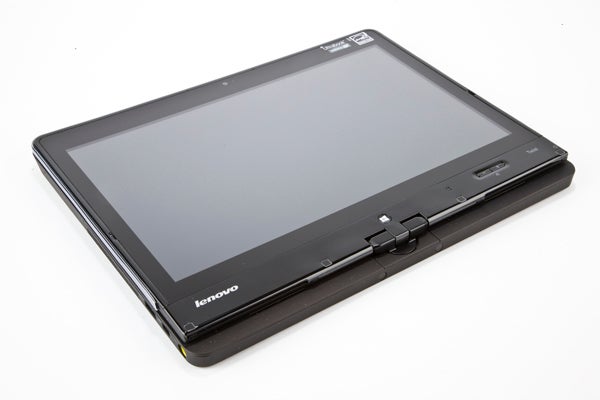 The ThinkPad Twist is a major departure from previous ThinkPad convertibles in the same vein. Where those were thick and chunky, the S230U embraces an Ultrabook-like aesthetic to make for a fairly slim machine that’s 2cm thick all the way through and weighs a reasonable 1.56kg.

Of course, it maintains the signature ThinkPad soft-touch finish that’s both pleasant to the touch and durable, except for the glass screen protection and a slightly ugly faux-chrome strip running around the ‘tablet’ part of the laptop. To be honest, we think this makes the Twist one of the least attractively finished ThinkPads we’ve seen in a while. 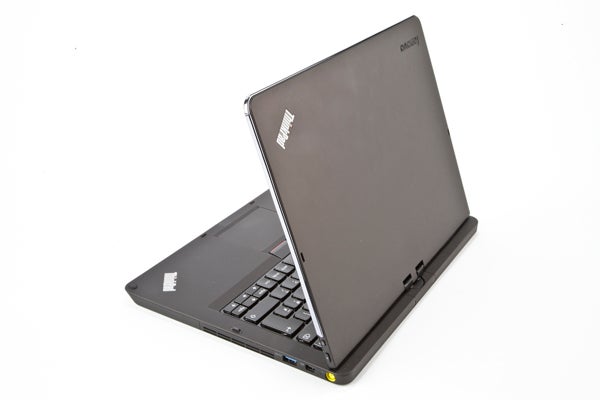 It doesn’t help that the Twist S230U is also the first ThinkPad in a long time where there are signs of poor build. Though the convertible’s rotating hinge is as solid as ever and offers smooth swivel action, the ‘tablet’ part’ actually squeaks when you manipulate it, and the chrome outer strip feels like it might come loose from a single drop. There are also one or two seams which aren’t fitted quite as meticulously as usual.

Mind you, we’re being very critical because ThinkPads usually offer build quality that’s beyond reproach. Compared to the average laptop and direct convertible rivals like the Toshiba Satellite U920t, the Twist S230U holds up reasonably.

Connectivity is truly excellent. On the left you’ll find a SIM card slot with a protective hinged cover, an SDXC card reader, a Gigabit Ethernet port, mini HDMI, USB 3.0 port and headphone/microphone jack. The right houses a second USB 3.0 port and mini DisplayPort, along with the traditional yellow charging plug. 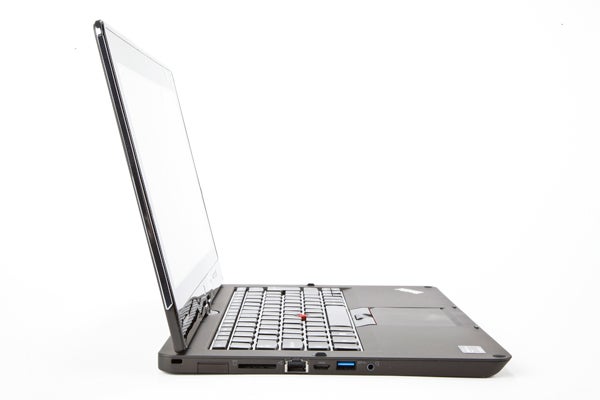 On the wireless side of things the ThinkPad Twist S230U really stands out from the convertible crowd, as in addition to the usual Wi-Fi N and Bluetooth 4.0 combo, there’s also optional 3G/mobile broadband. This is a great option for those who don’t want to drain their mobile’s battery by tethering, or if you have a separate business data plan. 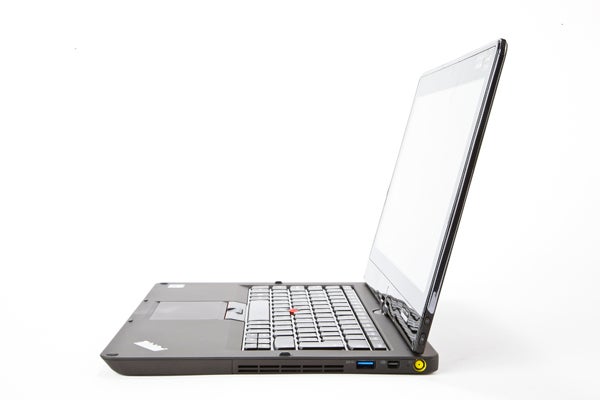 Speaking of business, as ever ThinkPads are primarily designed with business users in mind, and the Twist offers TPM (Trusted Platform Module), and Lenovo’s custom security and maintenance suite. Other bits include a single webcam capable of 720p video which is decent enough for video chatting, along with a dual-array mic.