What is the Lenovo ThinkPad 8 Tablet?

The Lenovo ThinkPad 8 Tablet is an 8-inch Windows 8.1 tablet. Last year,  Lenovo made a bunch of cheapy tablets that barely made an impact whatsoever. However, this one is different.

With a decent price (expected sub-£400), great design and top-notch flexibility, the Lenovo ThinkPad 8 Tablet is one of the best small Windows tablets we’ve seen. 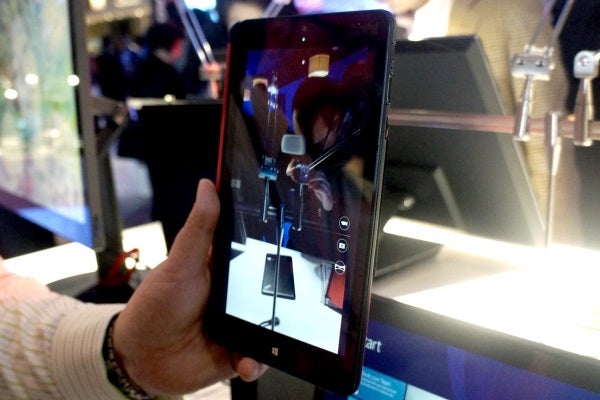 The Lenovo ThinkPad 8 Tablet is a slim tablet that looks and feels a good deal like Lenovo’s take on the iPad mini. And that is not meant as a snide dig.

Build quality is excellent, with the sort of body density and high-end feel we’ve not seen in another Lenovo tablet to date. The back of the thing is made of aluminium and this is a super-slim tablet at just 8.8mm thick. 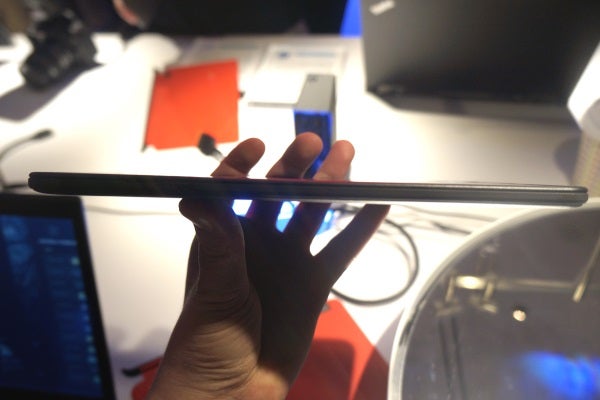 The one clear sign that the Lenovo ThinkPad 8 Tablet subscribes to the ThinkPad build ethic, rather than the Apple one, is that the sides are plastic – for practical reasons. This is in order to give the antennae enough room for their signal to escape into the outside world – metal acts as a barrier. It’s a minor point, though, and the Lenovo ThinkPad 8 looks and feels great throughout.

The tablet also has several of the hardware features we might see on a ThinkPad laptop. There’s a USB 3.0 port that we’ve only seem once on a mobile device, in the Galaxy Note 3, and TPM security for business users. There is no stylus, though, which is the most serious hardware omission here.

3G is an option, and there’s microSD slot to let you add to the up-to 128GB of internal storage. 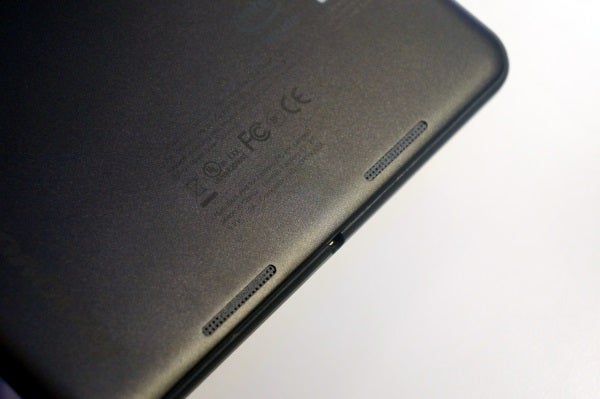 There are two little speaker grilles on the back

The Lenovo ThinkPad 8 Tablet has an 8.4-inch screen of 1,920 x 1,080 pixel resolution. Although not quite as high-res as the 7.9-inch iPad mini with Retina display, it’s sharp, bright and has good viewing angles thanks to its IPS-style display.

One potential issue is how well Windows will scale to a screen of this size and resolution, but we’ll experiment with optimising this when we get a Lenovo Thinkpad 8 Tablet in to review. 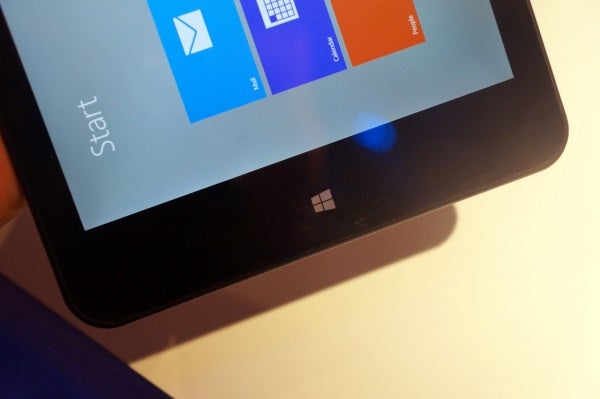 As you’d expect from a little tablet like this that’s set to cost less than £400, the Lenovo ThinkPad 8 Tablet uses an Intel Atom processor rather than an Intel Core-series one. These have caused pretty serious performance issues with Windows tablets in the past, but as it’s a CPU of the latest Bay Trail generation, we’re not pitching our expectations too low. You get 2GB of RAM here, which again is an entry-level spec.

It’s enough power for the Office tasks that separate the ‘ideal’ ThinkpPad user from the ‘ideal’ iPad owner, though, and the Lenovo ThinkPad 8 Tablet comes with a Microsoft Office license as standard.

What we like so much about the Lenovo ThinkPad 8 Tablet is that it successfully balances business and lifestyle priorities, without seemingly trading away anything too vital. We can imagine people who get given one of these tablets for work wanting to take it home for a bit of sofa browsing or Netflix on the sofa. Its design is just that good. 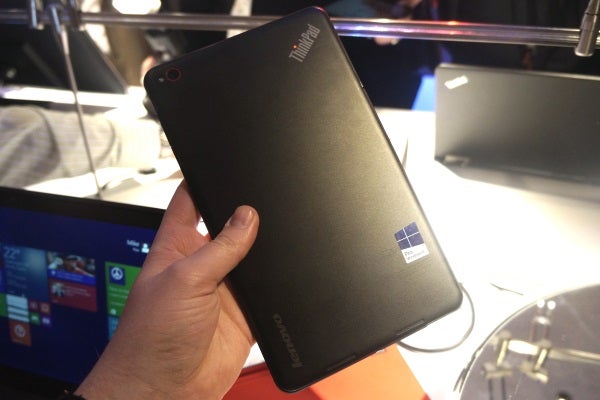 Another hardware nod to the more fun possibilities of the tablet, the ThinkPad 8 has two cameras – an 8-megapixel one on the back and a 2-megapixel camera on the front. 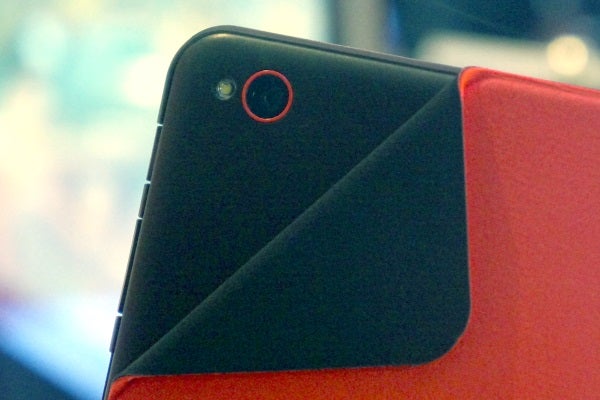 The ThinkPad 8 Tablet is a thing that – cue empowering music – understands that businesspeople are normal people too. It looks and feels better than any 8-inch Windows tablet we’ve seen. And while it’s not super-powered, we imagine that many will be happy with what’s on offer here given the tablet’s size.