If you can get used to its giant size, the Lenovo Tab V7 could be an affordable alternative to the behemoth Huawei Mate 20 X Pro.

The Lenovo Tab V7 is a new semi-affordable, big-screen Android device that’s designed to work equally well as a tablet and smartphone.

The reality is that this means it’s a Frankenstein’s Monster-ish 6.9-inch device with cellular connectivity that attempts to pull the same trick Asus old-school FonePad did many moons ago.

I’m not 100% certain this is elegant a solution to make a tablet-cum-phone hybrid as the nifty foldable screen tech seen on the Galaxy Fold and Huawei Mate X. But having had some hands-on time I can see it appealing to phablet buyers on a budget looking for an affordable alternative to the Mate 20 X.

Here’s everything you need to know about the Lenovo Tab V7. 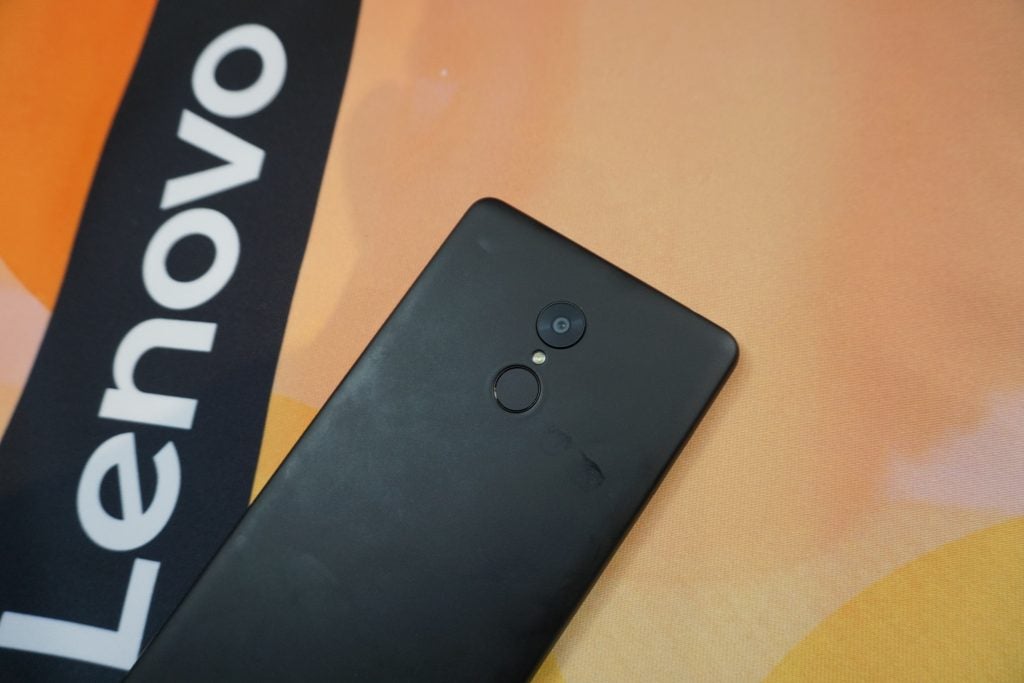 The Lenovo Tab V7 will launch in Europe in April with pricing starting at 249 Euros.

Is the Lenovo Tab V7 any good?

Lenovo claims that the Tab V7 is a tablet first and smartphone second. But it’s sizing makes it feel like a mix of the two. The 6.9-inch display features an 18:9 aspect ratio, and a few years ago, the device would have been firmly classes as a tablet.

It also means that most people won’t have a hope in hell of stuffing it into skinny jeans, or using it comfortably with one hand. Testing the device, I had to stretch to reach the rear-facing fingerprint scanner holding it one handed, which will be an issue for people that plan to use it as their primary phone.

The design is also fairly unassuming. Unlike most competing top end phablets, which generally have mixed metal and glass designs, the tab V7 is made of smooth polycarbonate and completely free of any design flourishes. 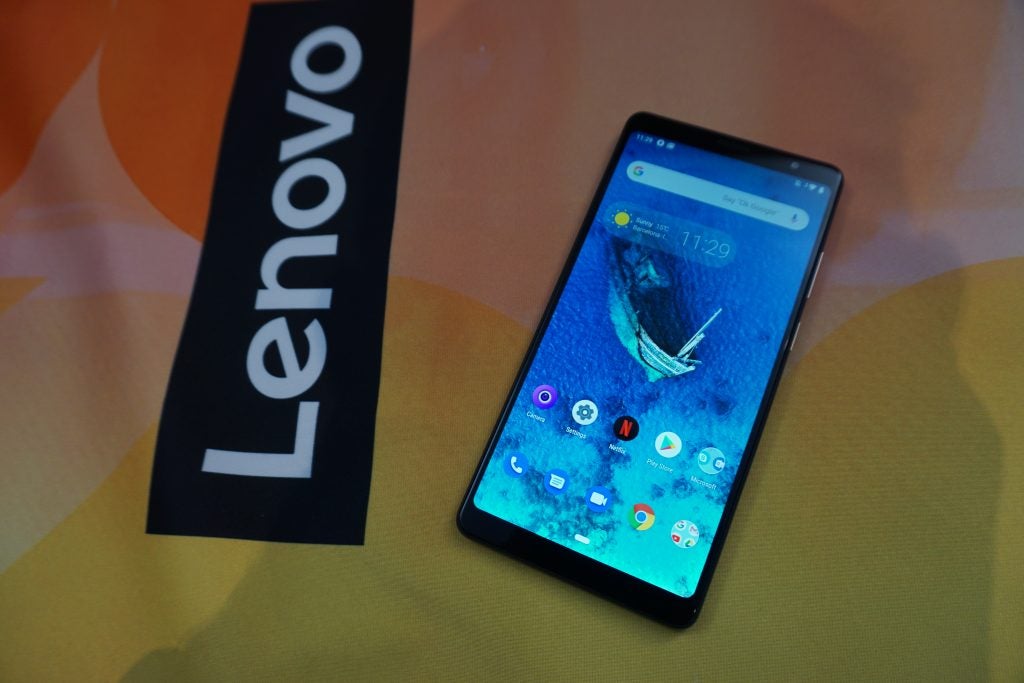 The dual front-facing Dolby speakers also performed well during my demo. They were more than loud enough to make the test video audio heard in the busy press room, which is an impressive achievement.

I didn’t get a chance to benchmark the Tab V7, but the Qualcomm 450 CPU and 4GB of RAM seemed to keep things running smoothly during my hands-on. My only concern is that serious gaming may be a tad beyond the 450 CPU, which at up to 1.8GHz clock speed, isn’t the fastest around.

The presence of Android 9.0 Pie software was a key selling point. From what I saw it was similarly clean to Motorola’s Moto line. Scrolling through the menu screens the phone I didn’t see any obvious bloatware of duplicate apps, which is a key issue I find on most affordable Android devices. Sadly, the spokesperson on hand couldn’t confirm if it will be updated to newer versions of Android.

The giant 5180mAh battery is another unique selling point. Lenovo didn’t give me a firm figure, but the spokesperson told me it should easily blitz through two-to-three days use off a single charge with “regular use”.

If true, this would make it one of the longest lasting affordable phones available, outside of Motorola’s own Moto G7 Power. 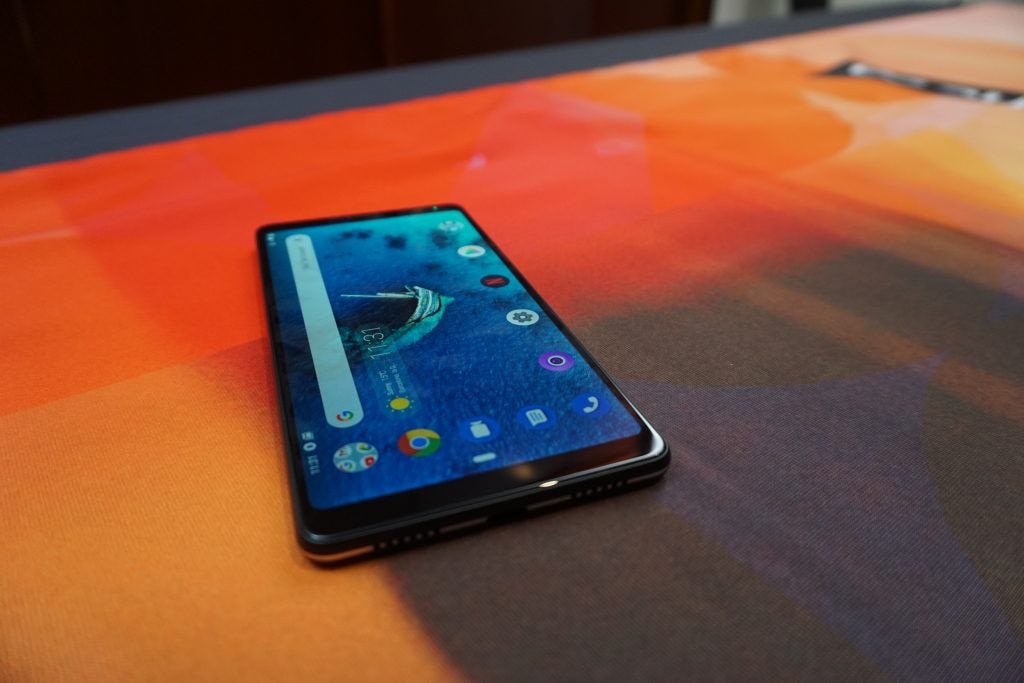 The camera is also fairly par for the course for a phone this price. The Tab V7 comes loaded with a single sensor 13-megapixel rear camera. I only got to shoot a few sample shots in the press demo area, but it felt similar to the setup I tested on the Moto G7 Play and Moto G7 Power earlier this year.

This means it’ll likely only be capable of capturing usable photos for basic things like sharing on social media and won’t be able to handle demanding things like portrait or low light photography — though without further testing I can’t confirm this. While this is a little sad, given that you can get a dual-camera setup on the Moto G7 Plus for roughly the same cost, it’s hardly surprising given the state of the affordable market, where camera tech remains one of the first areas to get cut.

I also can’t see many people wanting to use it as their primary camera given its sizable dimensions, which make it a little awkward to shoot on.

Overall my impressions of the Lenovo Tab V7 are pretty positive. I can’t see it setting the smartphone world alight, or being a key release. But the price and clean Android install, coupled with its low price, could make it a great choice for buyers on a budget looking for a big screen phone for Netflix binging.