Of the three tablets Lenovo launched at MWC 2015 the 10-inch Lenovo TAB 2 A10-70 was the most interesting. This bigger brother to the 8-inch TAB 2 A8, and successor to the TAB A10, comes with a decent HD+ IPS screen, 64-bit quad-core processor and 2GB RAM.

The performance seems good enough for an Android tablet aiming to compete in the budget end of the market, where devices are mostly used for media consumption. It has a party piece to add to its movie-watching credentials – a multi-speaker “soundbar” with Dolby Atmos. 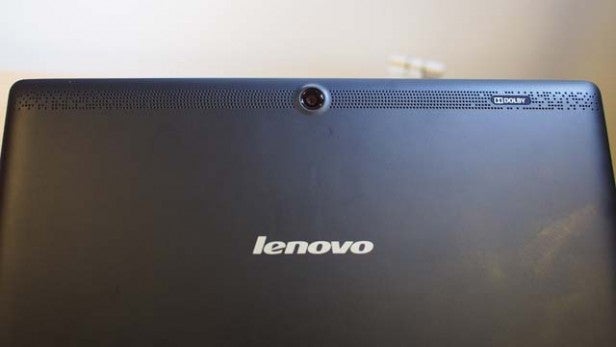 “Wait,” I hear you exclaim. “Doesn’t Dolby Atmos require overhead speakers to position sound in a 360-degree hemisphere around your head?” OK, maybe you didn’t say that, but that’s how Atmos works in a cinema or home theatre. We didn’t really notice positional sound in the demo we listened to, but the speakers are loud and provide more detail than we’ve heard on similarly priced tablets.

Where Dolby Atmos becomes interesting on the Lenovo TAB 2 A10-70 is when you pair it with headphones. Even the basic on-ear cans that Lenovo provided offered some positional sound effects. Sound clearly comes from in front, above and behind as well as left and right. 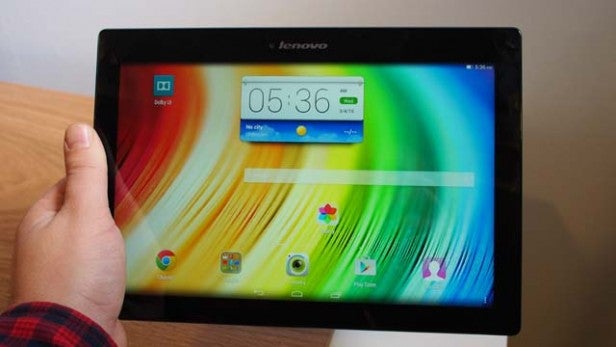 The Lenovo TAB 2 A10-70 runs Android 4.4 rather than the newer 5.0 Lollipop, but this is set to change in June when it will be upgraded to the latest version of Google’s operating system. The MediaTek processor is speedy enough. There’s no noticeable lag when scrolling through menus or opening apps. Quite how it will cope with the latest and most demanding 3D games we’re not sure yet.

A rear-facing 8-megapixel camera takes care of those who like to take their tablet out and about. Lenovo hasn’t scrimped on the front-facing camera either, with a 5-megapixel sensor ensuring video calls should look good. 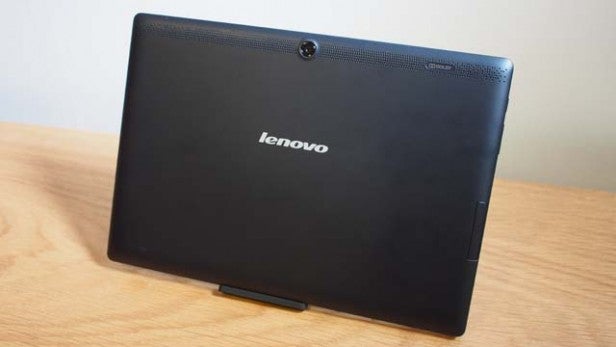 There’s just 16GB of onboard storage but this is expandable by a further 64GB via an SD card slot. A 7000mAh battery should provide ample power to keep the TAB 2 A10-70 running for a few feature films – Lenovo claims 10 hours of constant use.

As you might expect from a 10-inch tablet costing just $199/£180, the design is basic. That being said, the plastic back is solid and provides very little flex, while there’s some nice detail to accentuate the soundbar speaker. 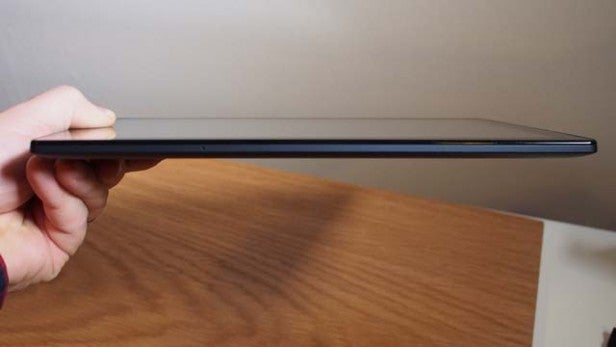 While the $129/£129 8-inch TAB 2 A8 might struggle in a market well served by the likes of the excellent Tesco Hudl 2, the Lenovo TAB 2 A10-70 could be a low-cost gem. It seems perfectly suited to those looking for a large-screen tablet to browse the net and watch a Netflix boxset.

A 4G option will also be available when the Lenovo TAB 2 A10-70 is made available to buy in April.