What is the Lenovo P2?

The P2 is Lenovo’s biggest phone launch to date in the UK that doesn’t feature the Moto branding.

And it isn’t just some no-frills, mid-range phone: the P2 brings something unique to the table in the form of a huge 5,100mAh battery and a sub-£200 price, making it one of the most impressive phones we’ve seen in the past year.

The P2 can only be bought from the Three phone network in the UK, but all the phones are unlocked, so you won’t be stuck on Three if you have a SIM-only contract elsewhere. Note that you’ll need to buy the phone with a £10 PAYG SIM, bringing the total cost to £209.99.

Despite the inclusion of an enormous battery, the P2 isn’t as unwieldy as you might expect. Its 177g weight is certainly heavier than many of the 5.5-inch phones on the market, and the handset is by no means slim at 8.3mm.

Nevertheless, I had no problems carrying it in my pocket throughout my week of testing. It might not be so easy for those who wear tighter jeans, though: if you can, we’d suggest you try before you buy. 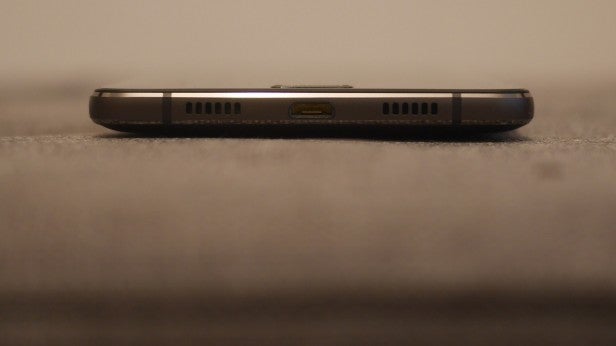 For reference, the iPhone 7 Plus has a 5.5-inch screen and comes in at a heavier 188g and a slightly thinner 7.3mm. The P2 is well within the realms of regular size and weight.

The P2 isn’t an outwardly attractive phone, but it feels sturdy. The dark grey metal around the rear of the device doesn’t become greasy and so didn’t pick up marks easily – a big plus. It’s comfortable to hold in the hand, largely thanks to its tapered edges, which disguise its thickness to a degree. The camera sits beneath the chassis, offering some protection against rough surfaces.

The volume rocker and power button are both found along the right edge of the phone and are easy to reach when holding the device right-handed.

The headphone jack is on the top – which, personally, I found irritating but some people may like – while the charging port is at the bottom.

The phone charges over micro-USB, which will be of immense frustration to techies who insist upon the reversible USB Type-C standard these days. However, since Lenovo provides a charger in the box and all your previous phones are likely to have used micro-USB, you’ll probably get over it. I did. 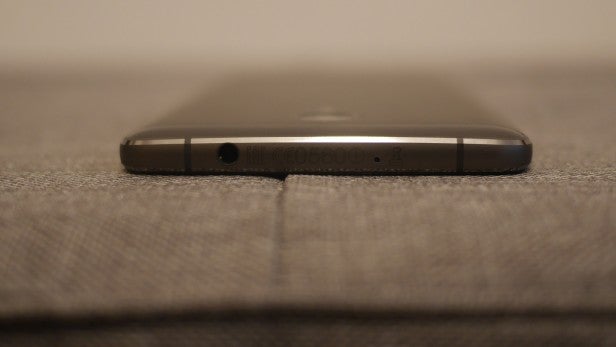 On the left edge is a battery-saver toggle switch that lets you turn your smartphone into a “dumb” phone by turning off mobile data, disabling apps and only letting you send SMS and make calls.

This switch can’t be changed into a Do Not Disturb switch (as seen on the OnePlus 3 and various iPhones for years), which is actually quite annoying given that easy access to a power-saving mode is about as low on my priorities list as easy access to the FM radio. I would have preferred that this switch could be customised.

It isn’t easy to hit by accident, at least; it only juts out slightly from the chassis and has a very deliberate action. 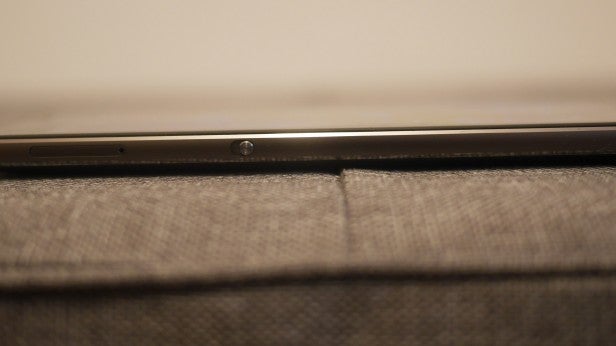 The left edge also contains the dual SIM card slot. The second SIM slot doubles as a microSD card slot, and can handle up to 256GB of external storage.

On the front, there’s a fingerprint scanner that also acts as a physical home button. There aren’t any soft buttons either side of it, so you’ll still need Android’s on-screen Overview and Back buttons. This in effect means you end up with two Home buttons; one on the screen and one physical.

The fingerprint scanner is very reliable and super-useful for making payments and unlocking the phone. Scanners have become so common on phones these days that it’s hard to recommend a phone without one.

The P2’s screen is excellent. It’s a 5.5-inch Super AMOLED panel with a Full HD resolution and is protected by a layer of Gorilla Glass 3. Full HD is more than enough for a phone of this size, and you’d be hard-pressed to spot any rough edges here.

Blacks are super-dark – almost completely so – and whites are clean and bright. Colours are punchy and vibrant, and viewing angles are beyond reproach. For the money, there isn’t a better phone screen on the market. 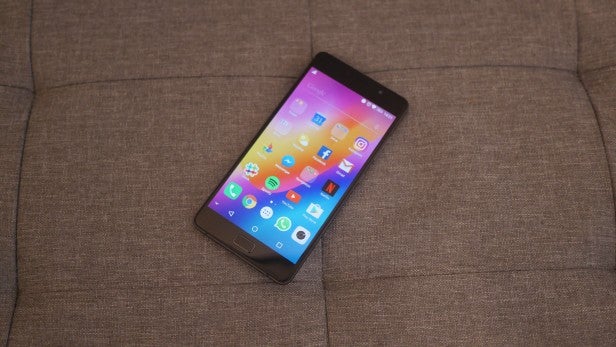 You can switch between Vibrant and Normal colour modes. I preferred the oversaturated Vibrant, simply because it’s more pleasing to my eye. Others may prefer the realistic, slightly muted tones of the Normal mode.

Usefully, there’s a built-in Night mode that lets you reduce the screen brightness well below the minimum offered by the on-screen adjuster. At its absolute lowest, the screen is almost impossible to read when in a lit room. But it’s a brilliant idea when you want to read in bed without disturbing your partner or searing your eyes.