What is the Lenovo Mirage Solo?

The Lenovo Mirage Solo is a VR headset that doesn’t require another device to work. It doesn’t connect to a game console or PC. It doesn’t use your phone as the screen. And there are no cables, either.

It’s better than the Oculus Go – also a standalone VR headset – in several respects. Its field of view is wider, its processor is more powerful, and it has superior positional tracking.

However, at £399, the Mirage Solo is also twice the price. This is one of the most interesting VR headsets to date, but its cost is likely to make its appeal just as narrow as that of pricey sets such as the HTC Vive. 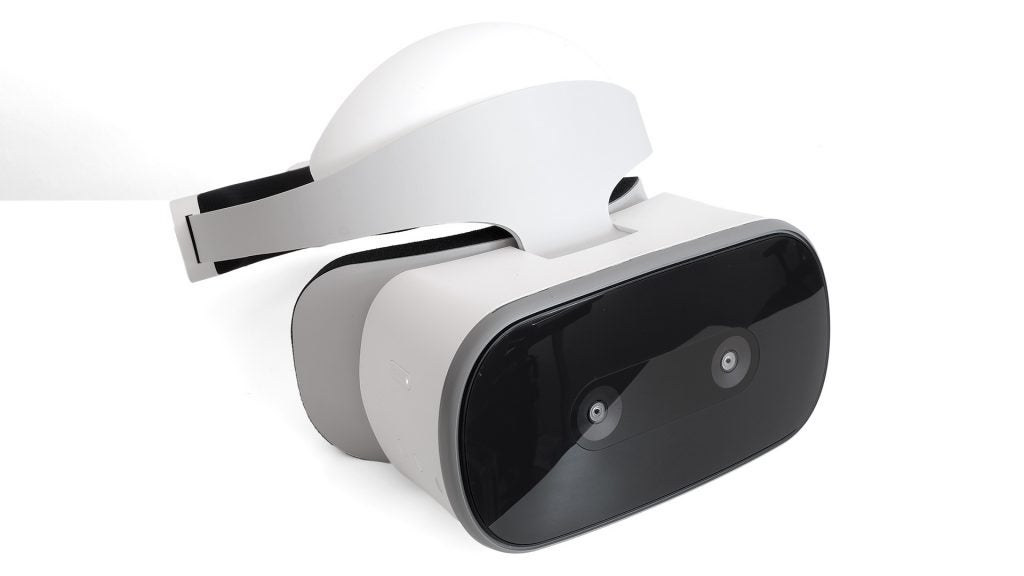 The Lenovo Mirage Solo looks similar to Sony’s PSVR. A ring of foam-padded plastic sits around the top of your head. This may be one of the most portable VR headsets yet, but it isn’t small.

When it comes to size, it’s as big as the competition. There are no wires, however, plus there’s no need to upgrade your PC graphics card to an Nvidia GTX 1080 just to make it seem worthwhile.

Setup is easy. The Lenovo Mirage Solo feels as much a Google device as a Lenovo one, and you’ll be up and running within a couple of minutes. It’s quicker to use than the HTC Vive.

The Solo will even go into standby when you take it off, and wake back up when you put it on again. This is brilliant, since it means you won’t find the Lenovo Mirage Solo forever out of charge when you leave it sat around for a day or two. This appears to be achieved via the use of a proximity sensor that sits in front of your forehead. 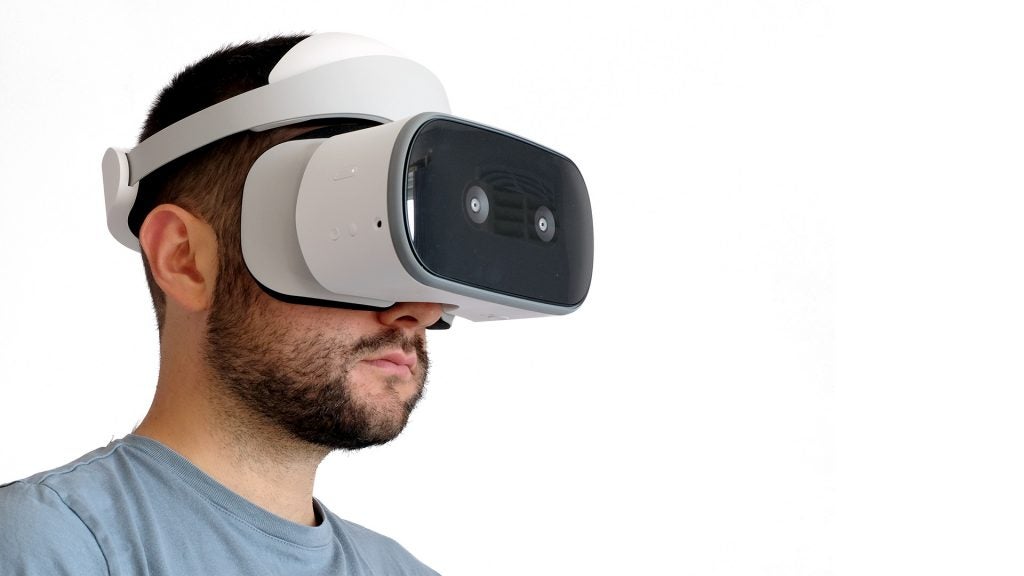 You also get a Google Daydream controller in the box, which is used like a laser pointer in the interface and most VR apps and games.

The grey part beneath this facial padding isn’t plastic, but a much denser foam. Lenovo has done its best to ensure that there’s nothing solid touching your head. 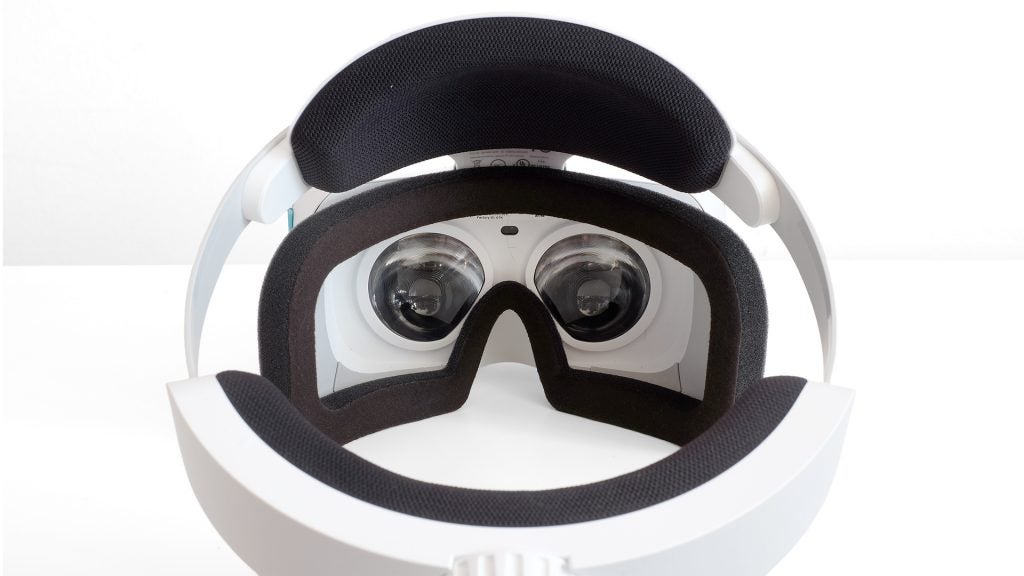 Although the design effort put in is apparent, I’ve still found myself frequently repositioning the Lenovo Mirage Solo to get the best experience. Image smearing caused by the lenses that sit in-between your eyes and the display panel is the issue.

The lenses use a fresnel design, which adopt concentric rings to direct more light to your eyes. However, in certain high light-contrast scenes you can actually see ghosting of these rings. This can’t be eradicated by tweaking the fit of the headset, but other sharpness issues can.

There are two key ways to change the Lenovo Mirage Solo’s fit. A dial on the neck band tightens and loosens the ring that sits around your head. A button on the underside of the front part of the headset lets you move the screen closer to, or further from, your head. 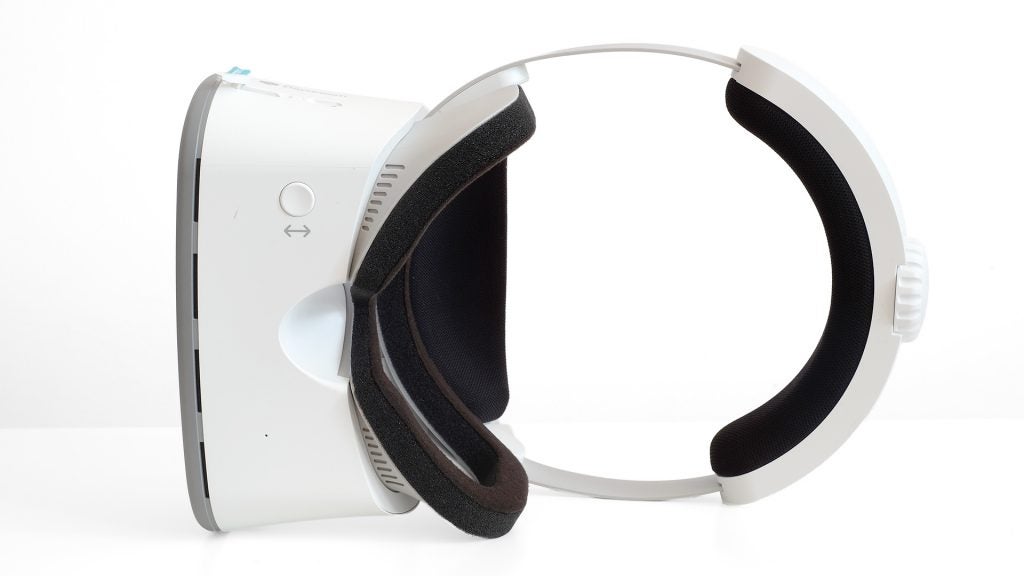 These controls also let you adjust the level of weight or force on your head, face and nose. After a few sessions I found a happy-enough compromise, but the Lenovo Mirage Solo isn’t super-comfortable for long sessions because of its weight. After 20 minutes, it’s time for a breather.

Turn your head quickly and you’ll feel this weight pulling against the fit. I found that tightening up the headband too much resulted in a headache, so put up with a bit of lateral wiggle. 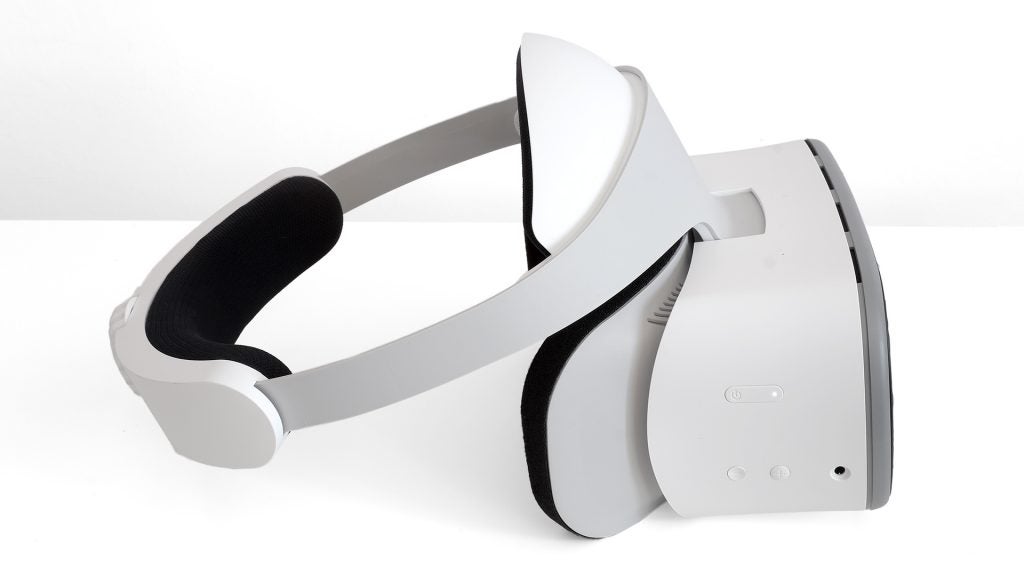 The generous weight of the headset is justified when you consider the hardware that Lenovo packs into the Mirage Solo.

It features better movement tracking than a Gear VR or Oculus Go, which demands more tech. Those headsets use accelerometer and gyroscope sensors to offer ‘three degrees of freedom’ (3DOF), meaning you can turn and tilt your head, but you can’t duck down or move forward. The Lenovo Mirage Solo uses an additional two cameras on its front – which look like robot eyes – to increase this to 6DOF.

You can move around, and tracking feels similar to the fully immersive experience of the HTC Vive. It’s quite brilliant – but with one big caveat.

The Lenovo Mirage Solo isn’t a ‘room-scale’ headset, in the way of HTC’s Vive and the Oculus Rift. The latter use cameras around the border of your play area to constantly track your position in a volumetric cube of space – likely, your living room. With the Mirage Solo, you’ll move around only a square metre before the images fade out and you’re told to return to the play area. 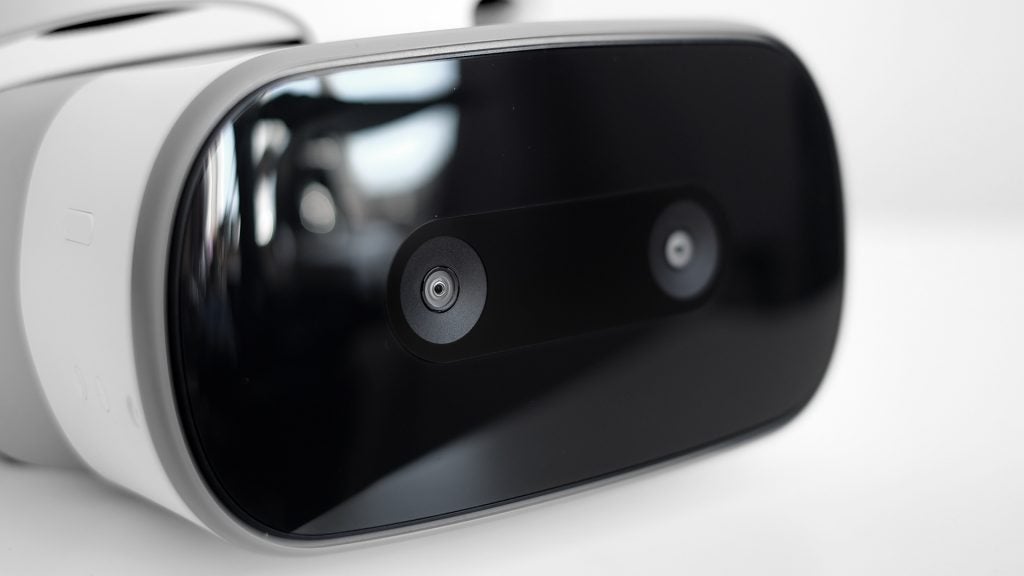 There are currently no experiences available for the Lenovo Mirage Solo, to my knowledge, that really test how far the headset’s 6DOF tracking can be pushed. All keep you within a narrow space, so it’s difficult to determine the level of movement the headset can handle before falling apart.

I was impressed by the tracking abilities displayed when playing Fire Escape VR. This is an interactive story, where you stand at a fire escape, watching your neighbours in the flat opposite as the tale unravels.

You can only move around within a small metal platform – the fire escape – and the 1:1 movement tracking is totally convincing. Just being able to sit down, stand up and peer over the edge is hugely immersive. And you don’t have to fill your living room with cameras.

This is how WorldSense operates. It’s the next generation of Google VR that does away with the need for external sensors, and the Lenovo Mirage Solo is the hero headset of the platform.

Google WorldSense’s website talks about “lean, dodge and duck” manoeuvres in games. Even with those additional degrees of freedom, the idea isn’t that you’ll be able to walk around the room with a Lenovo Mirage Solo headset. Right now, you’ll still need something like an HTC Vive for that. 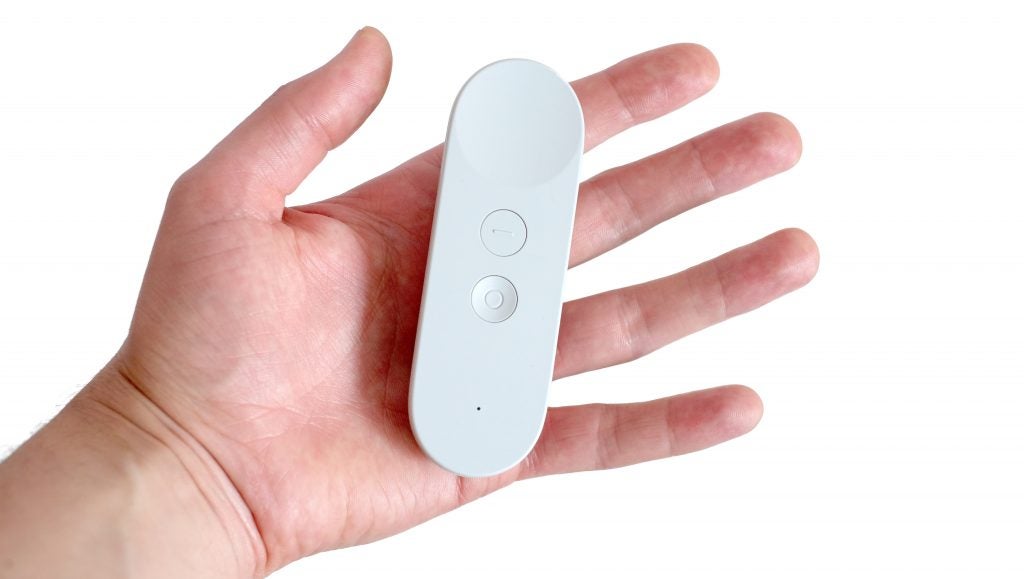 There’s a disparity between the tracking of the headset and the controller, too. It’s a standard two-button plus clicky touch panel that offers three degrees of movement. You can point it in any direction you like, but it won’t move up and down with your hand motions. At times, you’ll have to re-centre it by long-pressing the bottom button too.

It isn’t as advanced as the controllers of an HTC Vive or PSVR. However, aside from the obvious limitations, the tracking feels precise.