Intel announced the world’s first Atom-powered smartphone during its keynote address at CES this week and we’ve managed to track down the Lenovo K800 and get some time with it to bring you our first impressions.

Intel has been actively trying to move into the lucrative mobile (smartphone and tablet) space for some time now and it has developed the Medfield platform to make this a reality. The Atom chipset will use less juice yet provide more processing power in a similar way that ARM-based chipsets, like Tegra 3 from Nvidia, have been doing for a while. 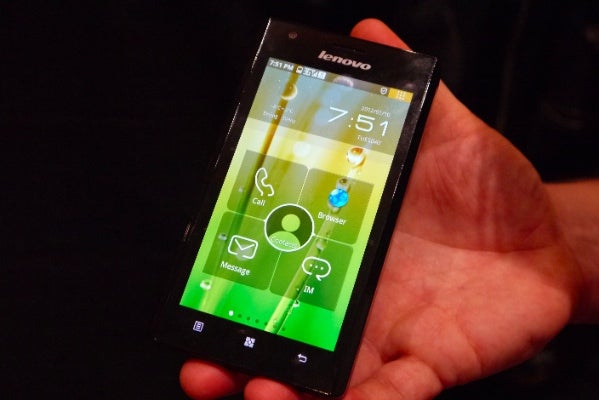 While the Lenovo K800 is the first phone to be unveiled using the new Atom processor, Intel has also announced a  multi-year, mutli-device partnership with Motorola with the first phones coming in the second half of 2012.

As the flagship phone for the new Intel platform, the Lenovo K800 is not quite what we expected. It is a lot more bulky than most high-end handsets but in the hand it feels rather nice. The angular design is not as sleek as some phones, but overall is nice to look at and the matte black plastic rear felt nice in the hand. 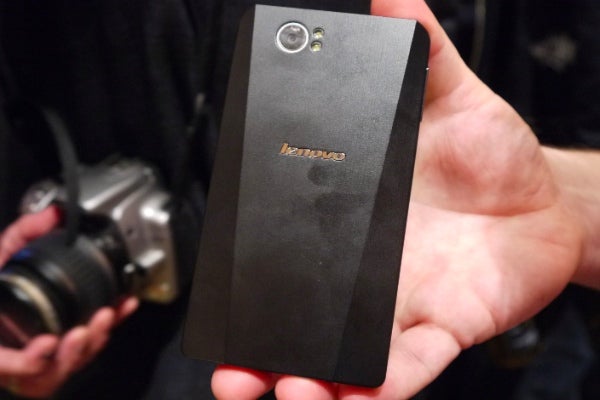 The processor will be clocked at 1.6GHz and from our time with the phone, it was certainly responsive and navigation and transitions zipped along nicely. The phone has a 720p 4.5in TFT LCD screen which was nice and bright and had pretty decent viewing angles, with video playback of HD content also impressive.

The phone has an 8 megapixel camera on the rear, will come with Wi-Fi b/g/n, Bluetooth 3.0 and GPS. Twin speaker grilles are located on the top and bottom of the phone where you’ll also find a microUSB port, headphone jack and power button.

The phone, which will launch initially only in China, will run Android 2.3 but Lenovo has heavily tweaked the interface.  The phone’s home screen is dominated by a single widget giving you access to five apps of your choice. These are easily customisable by each user.

As the phone will be launched in China there will be no access to Android Market, as it is illegal in the country . Instead Lenovo has pre-loaded its own app store on the phone, giving access to a limited number of apps. 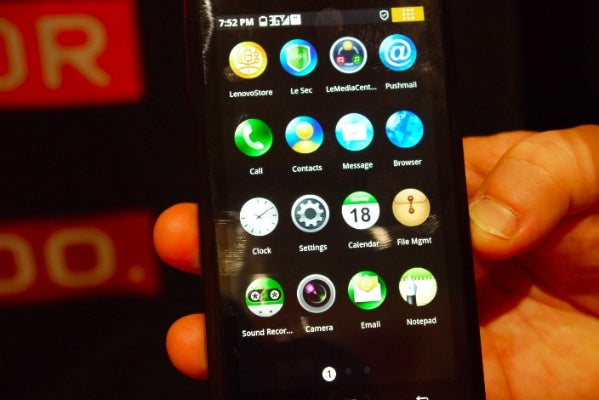 The phone will be 3G-only with no word from Lenovo as to if or when a 4G version may be available. Indeed we won’t even know if the K800 will launch outside of China and we suspect it may not. 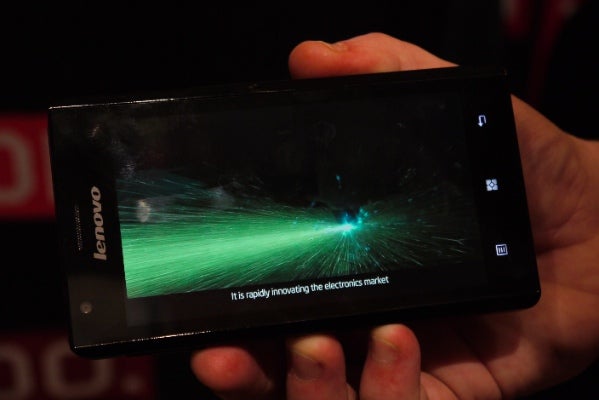 It’s going to be an interesting year as Intel tries to impose itself on the the mobile sector but we expect to see a lot more impressive handsets than the Lenovo K800 coming out in 2012.