When is a laptop not a laptop? The Lenovo IdeaTab S2110 is one of just a few Android tablets to feature a keyboard dock that turns it into a pretty good approximation of a laptop, with a smooth hinge and fully-closing clamshell style. Several companies have Windows-based devices like this on the way, but in Android-land, it’s still a rarity.

Design
It’s hard not to compare the Lenovo IdeaTab S2110 with Asus’s Transformer tablets. They were the first to popularise the convertible Android tablet, and until now no-one else has made a particularly convincing stab at it. Until now. 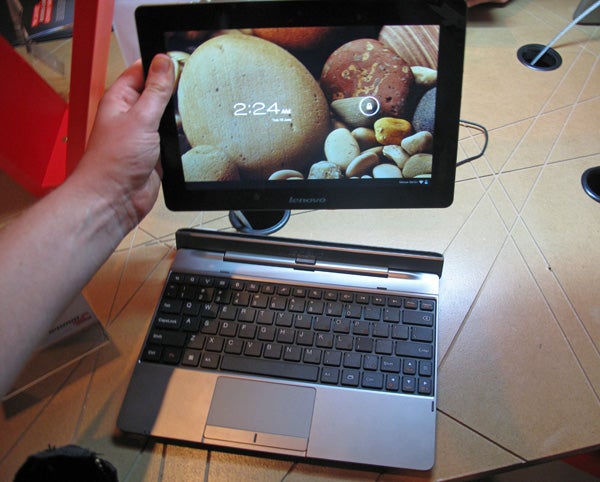 The Lenovo IdeaTab S2110’s removable keyboard dock compares well with the excellent dock of the Transformer Pad Infinity, with a similarly elegant design. There’s a front-facing button in the hinge that releases the three-part lock mechanism that sits on the bottom of the tablet, but when attached the tablet feels every bit the tiddly laptop. 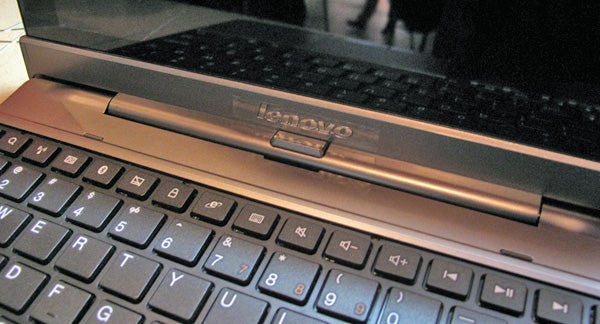 We will say, though, that the latest “hidden hinge” designs of Asus’s Windows-powered Vivo Tabs adds an extra level of sophistication that you don’t get here. But functionally at least, the IdeaTab’s hinge left a positive impression.

The tablet features a battery than offers up to 10 hours of use off a charge, but Lenovo says this doubles to 20 hours with the keyboard attached. If it holds true, this is fantastic stamina. However, there is a trade-off involved. The Lenovo IdeaTab S2110 features a dual-core 1.5GHz Qualcomm Snapdragon S4 processor rather than the more powerful-sounding quad-core type that is fast becoming a baseline standard in tablets (Tegra 3 also beats S4 in most benchmarks).

We did notice a little lag in operation, although once the final, polished version of the Android 4.0 OS is installed it should run near-flawlessly. There’s 1GB of RAM here, which is enough to keep Android ICS happy.

We were pretty impressed with the keyboard dock in-use too – no great surprise when Lenovo makes some of the best laptop keyboards in the world. It offers a great action with fairly deep travel, given how small the whole bundle is.

Connectivity
As you’d hope from such a seemingly geek-friendly tablet, the Lenovo IdeaTab S2110 offers a few connectivity bits and bobs over the bare minimum. The tablet alone offers a microHDMI video output and 3G SIM card slot (in 3G models), as well as the standard microUSB port. The docking station adds two USB 2.0 ports and a memory card reader. As a team, they cover all the bases, but not having expandable memory in the tablet is a bit of a downer. The tablet also offers dual 5/2MP cameras. 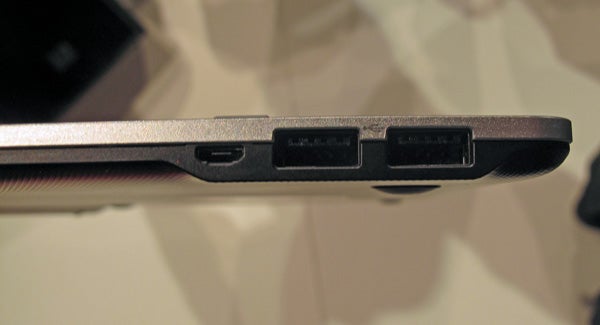 Screen
The Lenovo IdeaTab S2110 offers an entry-level grade screen, but only because the standards are so high in the Android space. It uses a 1,280 x 800 pixel 10.1in IPS display, similar to all the big-name Android tabs from last year.

It looks good, with decent colour reproduction and IPS’s signature great viewing angles. However, now that we’ve been spoilt by much higher-resolution 10.1in screens, it’s hard to be particularly impressed by this resolutely “standard” screen.

Wrap-up
There remained a nagging feeling that the IdeaTab S2110 isn’t quite as cutting-edge as it needs to be to make a big impact in such a competitive market. Both the keyboard dock and tablet are finished in plastic, which doesn’t compare too well with the best Asus’s Transformer range has to offer – and the similar Asus Transformer 300 set up its stall almost six months ago. 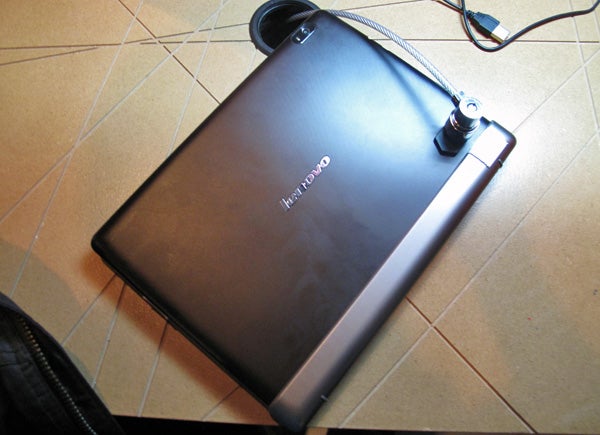 Does the price make up for this? The Lenovo IdeaTab S2110 starts at $400 in the US, for the 16GB version without the keyboard dock. There are also 32GB editions, and the keyboard dock adds $100 to the price. We’re yet to hear of UK prices, but if it can’t undercut the highly-rated Asus Transformer TF300, it could be in a bit of trouble.

However, we will say that aside from the Transformers, this Lenovo IdeaTav S2110 is perhaps the only convertible Android tablet we can see ourselves recommending to others. We’ll see what it’s really capable of when we get cracking with the full review.