If you want a tablet that you can use while on the bus or train, as well as when slouched on the sofa, we’d always recommend considering a 7in tablet. The Lenovo IdeaTab A2107 is one of these smaller beasties, doing battle with the Google Nexus 7 and Samsung Galaxy Tab 2 7.0. But does it have the chops to keep up?

Design
One of the main benefits of a 7in tablet, over a larger 9-10in model, is that its body will generally be light and small enough to use one-handed without causing your arm to feel as though it’s about to drop off. The Lenovo A2107 absolutely has this effect going on.

With a plastic body and unremarkable thickness of around 10mm, it’s not the most impressive-feeling of tablets, but stacks-up pretty well against its main Samsung rival, the Galaxy Tab 2 7.0. 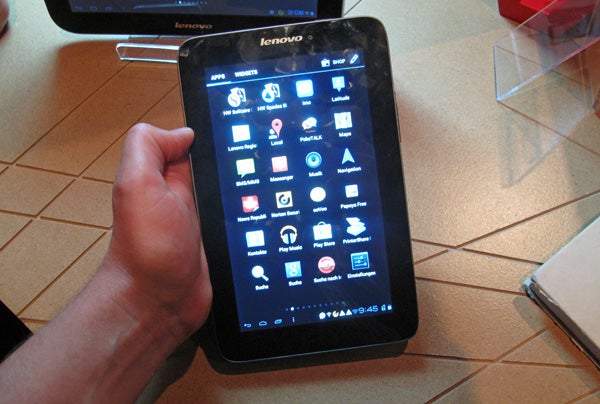 Lenovo claims that there are some special bits to the way the A2107 is made, too. It says the tablet uses an internal rollcage, although quite how much stronger this will make the tablet is up for debate – Archos uses a similar metal and plastic design, and its tablets are not renowned for their build perfection. 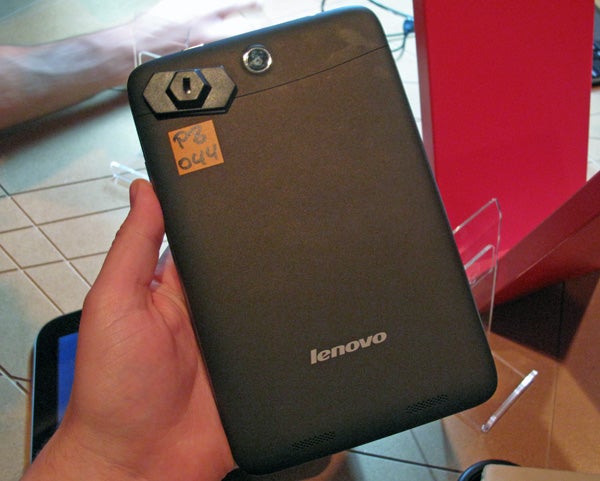 The Lenovo IdeaTab A2107 also has something the mighty Google Nexus 7 lacks – a microSD memory card slot. There are more models planned than the average 7-incher too, with both Wi-Fi and 3G models on the cards, and multiple storage options. 4GB, 8GB and 16GB editions are reportedly all on the cards, although we’ll eat our iPads if all six make it to the UK.

It features 1GB of RAM and a dual-core 1GHz CPU, which is significantly less powerful than the quad-core Tegra 3 processor used in the Nexus 7. Although we hope it was at least in part down to early software, the lacking processor power was obvious in-use, with noticeable lag in basic navigation. If Lenovo can’t sort this out before release, it’ll look a lot less attractive in action than Samsung’s 7in model.

Software
This laginess may also be in down to the software used, in part at least. The Lenovo IdeaTab runs Android Ice Cream Sandwich, also known as Android 4.0. This doesn’t offer the speed boost of Project Butter, introduced in version 4.1 Jelly Bean.

We hope to see a Jelly Bean update in time, although the tablets will launch with the older version.

Screen
What’s less likely to get sorted, though, is the screen. Its 7in display uses a 1,024 x 600 pixel resolution, which isn’t great but is the same as the Samsung rival and the Amazon Kindle Fire. 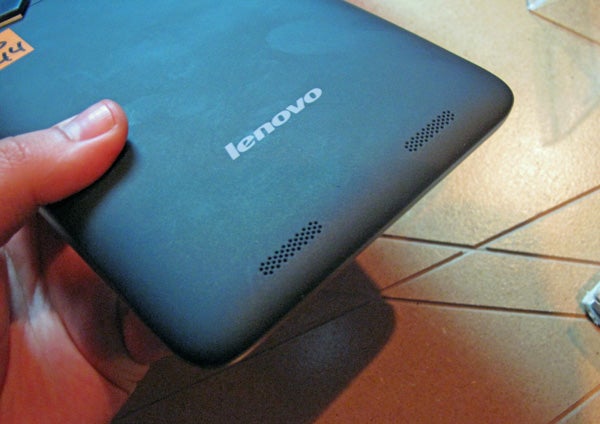 What’s more of an issue is the panel quality. There’s significant contrast shift when the tablet is turned at an angle, and it’s not something we expect to see – even in a budget tablet – these days.

Cameras
The Lenovo IdeaTab A2107 features two cameras, a simple low-res video chat jobbie on the front and a main 3MP rear sensor. There’s no flash for either, limiting its use in anything but bright sunlight. We don’t expect particularly great results from it in the best of conditions, but a rear camera is something you don’t get with the Google Nexus 7. 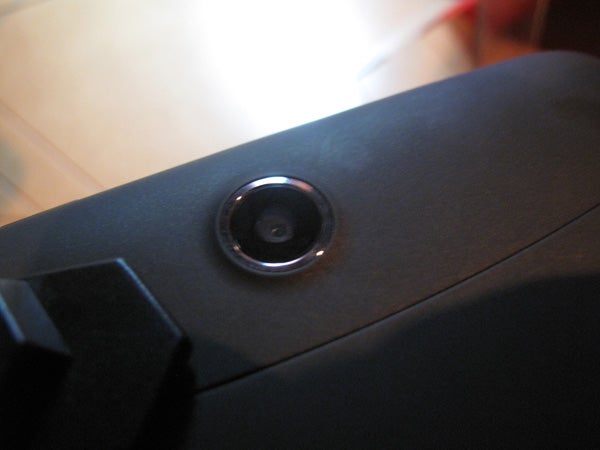 Wrap-up
Without knowing the price of the Lenovo IdeaTab A2107, we can’t make any conclusions about whether it has much of a chance of success. However, given its screen issues and the limited power it has on tap, Lenovo will have to be pretty aggressive to keep the IdeaTab’s little head above water.