Ahead of this year’s CES, Lenovo showed-off its new 7in Android tablet, the successor to the IdeaPad A1. The Lenovo IdeaPad S2 is an altogether more desirable package, with a 1280×800 IPS panel, Android Honeycomb OS and slimmer frame. It has currently only been confirmed for distribution in China, but our hands-on confirmed to us that it’s something we’d like to see more of.

Most 7in tablets to date have been failures. The BlackBerry PlayBook and HTC Flyer failed to sell as well as was hoped, resulting in drastic price drops and sharpish departures from the limelight. However, we still believe in the form factor, and the Amazon Kindle Fire is set to introduce it to the mainstream masses properly in the UK later this year. But can the IdeaPad S2 7 possibly compete? 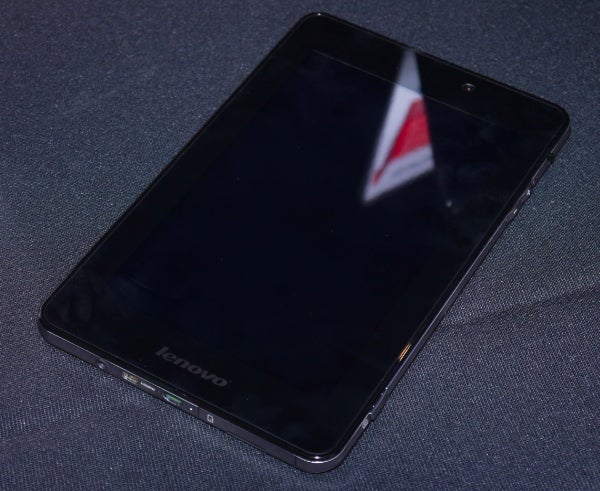 It benefits as usual from this slighter 7in  form. It’s light for one, feeling comfortable one-handed unlike all 10in tablets we’ve gripped between our fingers. The back is finished in soft touch plastic too, for that extra-friendly feel.
It doesn’t have the intensity of design you find in the Apple iPad 2 or Samsung Galaxy Tab 10.1, though. The backplate is removable, resulting in a clear seam around its edges, bit this approach results in better connectivity than these more style-obsessed models. 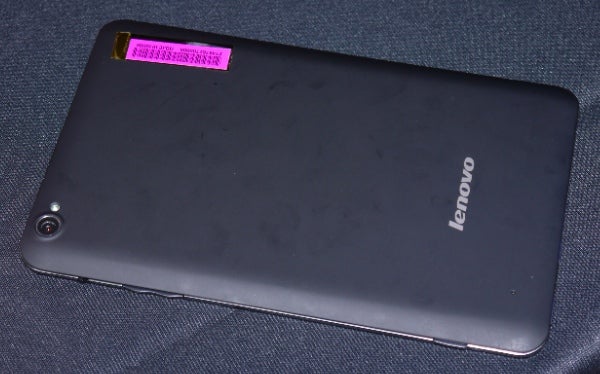 There’s a microUSB socket, microSD card slot and mini HDMI video output, offering rather good functionality for a tablet this size. A physical shutter button also sits along its side, although we question the value of tablet back cameras, even in a smaller 7in tablet.

The 7in size does help the S2 7 in one other respect – screen sharpness. This dinky tablet uses the same 1,280 x 800 pixel resolution as 10.1in Honeycomb tablets like the Asus Eee Pad Transformer, resulting in a relatively high 215dpi pixel density. Higher pixel density gives this tablet an usually sharp image.

The Lenovo IdeaPad S2 7 runs Android Honeycomb, the  version of Google’s OS designed specifically for tablets. It’s likely that if this product makes it to the UK, it’ll run Android 4.0 Ice Cream Sandwich – set to become the standard for all Android smartphones and tablets coming later in 2012 – at launch.

Lenovo has added its own interface to Honeycomb, though. Called Mandarin, it offers a host of rectangular widgets to fill your homescreens with. These update you on virtually all aspects of the phone, from missed calls to Facebook and Twitter updates.

The visual style of the UI is rather simple and minimalistic, lacking the visual pizzazz of something like HTC Sense, but it doesn’t half let you pack plenty of information into each homescreen. 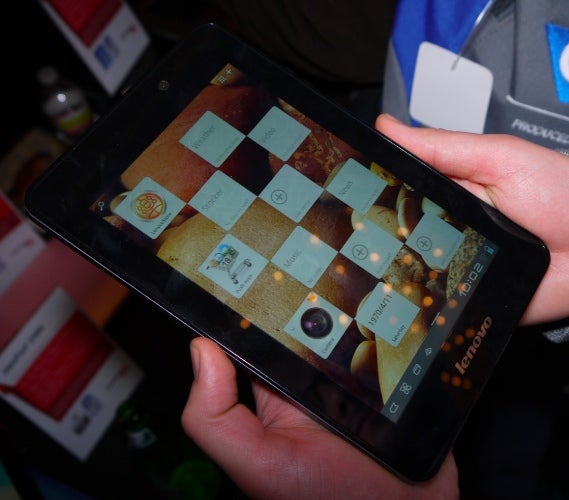 The Mandarin UI lets you give your homescreens a checkerboard effect

The core specs – a 1.5GHz dual-core processor and 1GB of RAM – suggest that the S2 7 should make Android Honeycomb really fly, but we did notice some minor lag in operation. It’s possible that these hiccups are minor software issues that will be fixed before the S2 7 is released, but it also may be a result of the custom user interface of the tablet. Either way, the incoming Ice Cream Sandwich could also bring the tablet up to the super-speed it deserves. Yes, there’s no quad-core power, but it ccan be argued that a smaller tablet like this needs to keep an even closer eye on its price than a larger tab. 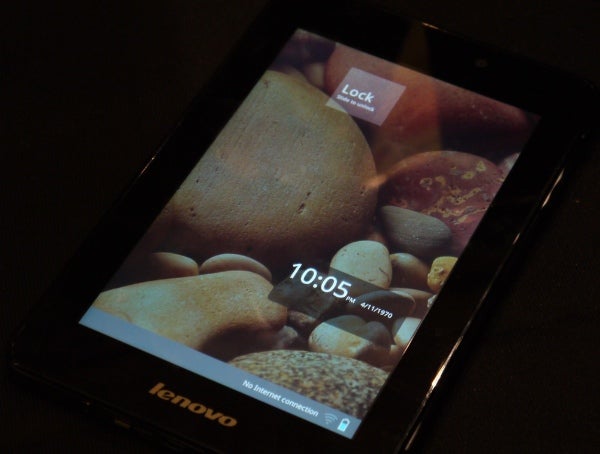 Having only had a short time with the device, we didn’t get to check out how its performance plays out when challenged more intensively – with 3D games, for example. Lenovo was keen to show us that the tablet can handle 1080p video playback, but it won’t support more video formats than the Android standards fresh out of the box, which are MP4, H.264 and WMV. A 1080p movie, most likely an H.264 or MP4 file, did play back flawlessly, though.

There are several Android apps that can fill this codec gap, and with a dual-core CPU to call upon, it should be able to handle just about any mid bit-rate 720p content you throw its way. We’ll check this out fully at review.

Lenovo said that the S2 7 costs the equivalent of around $350 at its release in China. This should hopefully secure it a sub-£300 price once it reaches our shores. Assuming it will, one day. And it it can roll up to market at a price not hugely inflated above the Amazon Kindle Fire’s, it’ll prove an alluring, more flexible, alternative.

While not desperately dynamic, the Lenovo IdeaPad S2 7 succeeds in ways all the previous 7in Android tablets we’ve reviewed have failed  – a surprise given the proliferation of Android tablets of the last 18 months. It runs Honeycomb, is free of hardware gimmickery and has both the screen quality and the power of its larger-screened rivals. Keen pricing is still required to give the Ideapad S2 7 any chance of commercial success, but it’s one to keep an eye out for if 10.1in is simply too much for you to handle.