Until recently, Lenovo was a little known brand. Upon the acquisition of IBM’s PC Division, the name has certainly echoed around the office. Not too long ago Riyad looked at the first Lenovo branded ThinkPad and was a little disappointed that it had moved away from the traditional IBM approach. This is the first time we’ve taken a look at a non-ThinkPad Lenovo brand notebook, so it’ll be interesting to see what the company can come up without relying on the IBM branding. 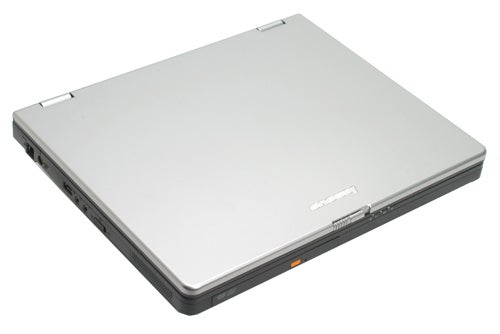 With the lid closed, the C100 looks like a fairly normal laptop with a silver lid and rounded edges. It’s a little on the large side and is no thin and light waif at 2.8kg.


Open things up and you really get a feel for how dated this notebook appears. If it wasn’t for the rounded corners, I’d have trouble telling the difference between this and a six year old machine. The 4:3 ratio, 1,024 x 768 screen is the first indication of this. The quality isn’t bad, but it actually feels like a panel from an old notebook, possibly due to the slightly poor contrast ratio. Perhaps panel manufacturers are only concentrating on the widescreen panels now and haven’t updated 1,024 panels in the past few years. 1,024 x 768 is fine if this is only a secondary machine, but if I was using this all day everyday, I would want a little more desktop real estate to play with – that said, many notebook manufacturers maintain that a large portion of the customer base still wants this resolution in a large physical screen; each to their own I guess. 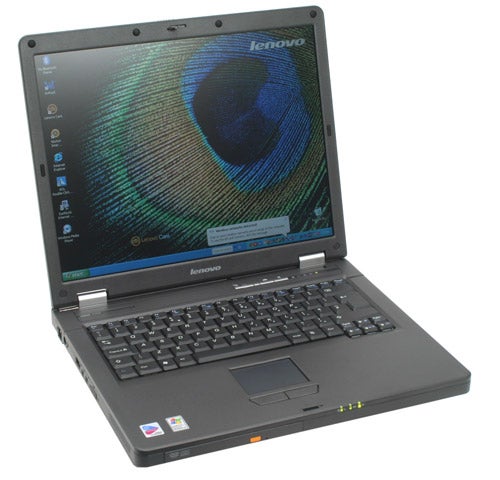 The plastic used for the rest of the chassis is a finely pitted dark grey, much like you’d see on the inside of a budget mid-80’s car or on a canteen chair. Despite this apparent roughness, it’s actually fairly smooth to the touch. The optical drive is decorated to match. This is a contrast to the lid which has a smooth silver finish.


One of the benefits of this notebook being slightly deeper than widescreen notebooks, is that there is a larger area for resting your wrists. I’ve seen far too many laptops with hard edges that really dig in to your wrists.

The left hand side of the chassis has a single USB 2.0 port, headphone output and microphone input. On the right hand side is a single PC Card slot and a three in one card reader. On the back there are another three USB 2.0 ports, an Ethernet port for the 10/100Mbit network adapter and a FireWire port. There is a D-SUB output should you want to plug in an external monitor, as well as S-Video output for connecting to TVs. There’s no DVI in sight I’m afraid, but that’s not particularly unusua.


The optical drive is at the front of the casing and is only a 24x CD-RW/DVD-ROM combo, so anyone wanting to burn DVDs will be disappointed. This machine is pitched more at being a secondary machine anyway, for those who have a DVD burner at home already – either that or most of the backup duties will be done over the company network.

Inside this machine lives a 1.73GHz Pentium M processor, running on the 915 chipset. Graphics are onboard and eat in to the system memory. There is only a single 512MB module of DDR-II memory, so the system is only running in single channel memory mode. On Pentium systems this can lower performance considerably. Adding another 512MB of memory would increase performance by not only running in dual channel mode, but also by having twice the memory complement.


There is only a 40GB hard drive, which is probably fine as long as you have a network server to save data to, or another machine. As well as the 10/100Mbit LAN, there is a 56k modem, 11Mbit and 54Mbit wireless as well as Bluetooth. 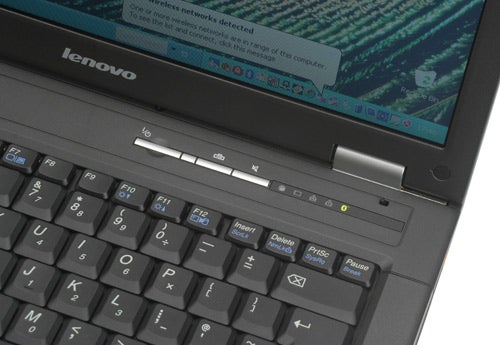 One aspect of the ThinkPad that has found its way on to this notebook is the Lenovo care button. One press of this during boot and you get acces to the ThinkVantage suite where you can restore system backups or completely restore your system to the factory default. This takes a fair amount of time as it does it in a rather lengthy manner but it does get the job done. You can also access most of these features from inside Windows where you can perform system backups and restore applications. 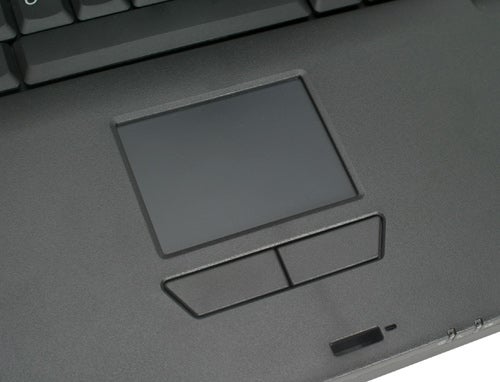 Instead of using the traditional IBM TrackPoint, or nipple as many people refer to them, Lenovo has stuck with a Synaptics Touchpad. This helps differentiate the two brands.


The software installed is fairly comprehensive, including Diskeeper Lite, InterVideo DVD, Norton Internet Security, PC-Doctor, Picas 2 and Roxio Digital Media LE, all on a Windows XP Home installation. Notably lacking is the inclusion of any office applications such as Microsoft Works. A quick jump to OpenOffice.org would soon solve this problem though.


We tested this notebook in the usual way, running SYSmark 2002, MobileMark 2005 and PCMark 2005. We compared this to the Gateway Mx6640b that I reviewed recently, which is in the same price bracket but with a slightly faster 1.83GHz processor and 1GB of memory in dual channel mode.


Results were very surprising. In SYSmark, despite having a slower processor, less RAM and only in single channel mode, the Lenovo pulls away from the Gateway Mx6640b, although the two point difference is nothing to write home about. In Internet Content Creation the Gateway is ahead, while in Office Productivity the Lenovo is ahead by 11 points.


Looking at the PCMark results give a good indication as to why the SYSmark score turned out this way. It seems the Seagate hard drive in the Lenovo drive is quite a bit faster than the Hitachi in the Gateway and SYSmark is obviously quite hard drive dependent. In all other respects, the Gateway was faster, winning in both PCMark and MobileMark for performance.


What MobileMark shows best of all though, is how astonishingly good the battery life on the Lenovo is. At 347 minutes, this is close to six hours of usage. Even during DVD playback it lasted 200 minutes which is well over three hours. 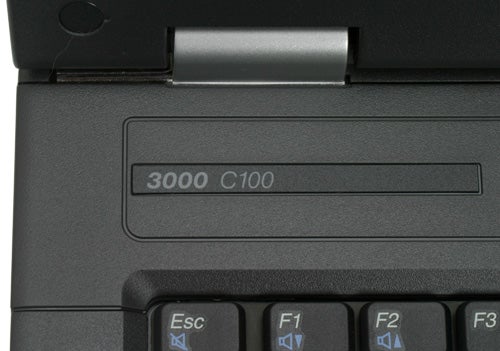 
At first, the Lenovo doesn’t seem anything special and its 1,024×768 panel seems quite limiting. However, when taking the price of £575.97 and the close to six hour battery life in to account, you realise that this is a really good value notebook for taking on the road.


The ThinkVantage software is excellent and offers peace of mind for those who aren’t PC savvy – allowing an IT manager to safeguard everyone’s data without them even knowing it. If you’re looking for a hardware rollout for a small to medium business, this Lenovo could fit the bill perfectly.