In technology size matters. And the best kind of size is “small”, preferably with a side helping of thin and light. The Lenco IPT-223 is none of those things and is all the better for it. The successor to the IPT-2, a surprise hit with a bargain RRP, the IPT-223 comes with entirely new internals, additional functionality, a neat party trick and a larger price tag. So do the numbers still add up?

Design
Out of the box little appears to have changed. As we head towards an increasingly minimalist period of gadget design this may not be to everyone’s taste, but with its striking appearance the Lenco IPT-223 remains an obvious talking point. Less welcome are some unaddressed issues with build quality, namely the hollow moulded (detachable) stand and mix of matt and shiny surfaces. None of this is to say the IPT-223 is poorly-made, it feels extremely solid and the control buttons can take a battering, but it is frustrating to see the same grumbles resurface. 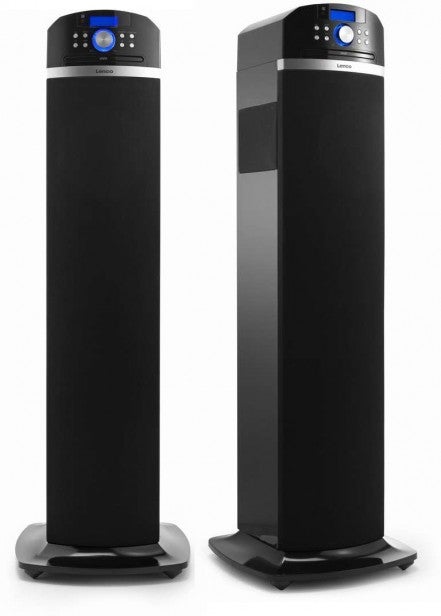 Features
Reinforcing this sense of déjà vu are the IPT-2-matching dimensions of 208 x 189 x 870mm (315 x 305 x 933mm with the base), but when you look closer it is all change. The most obvious and unexpected addition is that of a DVD player. The Lenco IPT-223 has added SCART, video out and HDMI so the tower can double up as a DVD player as well as outputting photos and videos from an iPhone or iPod touch. There are also left and right auxiliary inputs so it can be used as a sound bar. Interestingly none of this is the party trick.

The new-found video friendliness hasn’t replaced other aspects of the IPT-2 either, it still has an FM tuner, obligatory Apple dock connector and SD/MMC card slot while it can read MP3, WMA and Jpeg files from a DVD. Meanwhile the LED display is unchanged with a bevy of surrounding controls including function, eject, sleep timer and tuner memory buttons while the playback controls are positioned on top. There is also a new remote which adapts to its wider remit by looking more like one for a DVD player than your average dock. As with virtually all remotes it is 100 per cent plastic, but well made and the tower is responsive.

So to the party trick. DVD playback is a useful bonus, but where Lenco hopes the IPT-223 will sell is its sound and this has been completely re-engineered. Out goes the 80W combo of 2x 25W speakers to be replaced with 6x 10W speakers while keeping the same 30W sub. To further boost this surround sound ambition Lenco has teamed up with Sonic Emotion to license its ‘Absolute 3D’ spatial sound technology. The collaboration sees Lenco claim the IPT-223 now outputs like a true 6.1 system and while many audiophiles turn their noses up at artificially bolstered sound dispersion techniques we only care whether it works… and it does.

Performance
In a nutshell the addition of Absolute 3D combined with the 6.1 arrangement are by far and away the best elements of the new Lenco IPT-223. As Cypher said to Agent Smith in the Matrix: “ignorance is bliss” and if you simply ignore the computational wizardry going on you will find the pseudo-surround-sound environment it creates is extremely impressive, both for music and DVD playback.

The effect also has the knock-on benefit of creating a much bigger, room-filling sound than its predecessor and reduces the need to position the IPT-223 in a specific sweet spot. Of course given the tower has a footprint smaller than most table docks and doesn’t require a surface to rest upon it can be positioned just about anywhere. Still being able to pick the location based on aesthetics without worrying about acoustics is a major bonus. 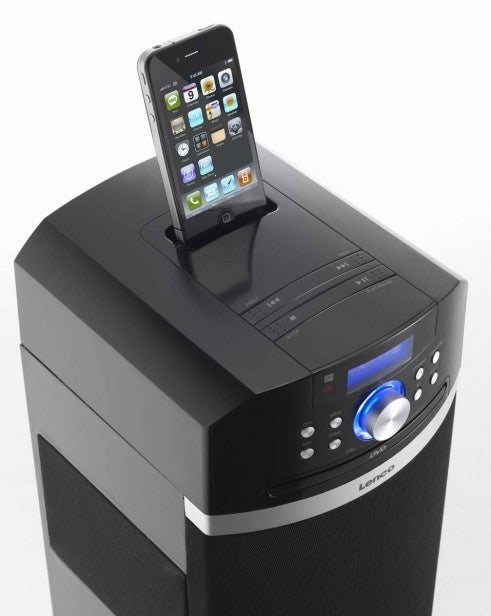 Dispersion is good, but what about the quality of the audio being thrown around the room? Here we hit a snag. The Lenco IPT-223 has noticeably more bass-heavy signature than the IPT-2 and it is also slightly more powerful with strong highs, but the midrange is weak by comparison. Midrange is typically the most neglected aspect in a currently bass obsessed world, but it adds depth which cannot be fully counterbalanced by the 6.1 heroics going on nor the adjustable treble and bass. Will the mainstream notice it? Probably not, but then we come to the other thorny issue: price.

Value
When the IPT-2 launched at £150 it was a price/performance revelation, but the sonic overhaul, licensing and additional functionality have pushed the IPT-223 to £239 – a £90 jump. Furthermore the IPT-2 arrived at a time when class leaders like the Arcam rCube cost £500 and the Monitor Audio i-deck 200 was £400. Today these products carry official RRPs of £350 and £250 respectively and are representative of a sector which has dramatically slashed prices while continuing to push boundaries. 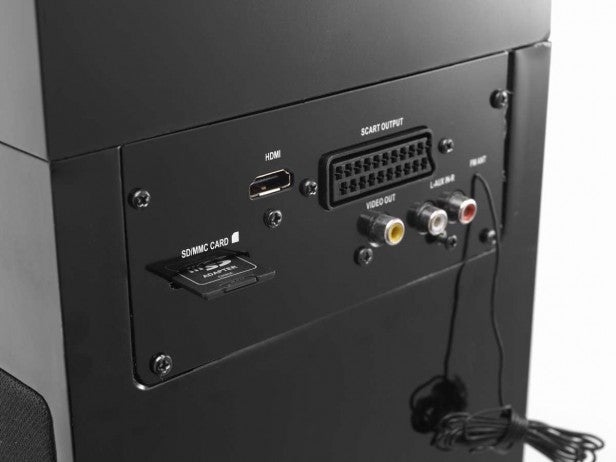 As such the Lenco IPT-223 is no longer a bargain. It is well priced, but for those who simply want great audio the Monitor Audio i-deck 200 is the better buy and Audyssey’s £299 South of Market and Lower East Coast offer compelling wireless alternatives for those prepared to spend a little more. Lenco has entered dangerous territory in standing toe-to-toe with established giants of the sector and it just about pulls it off, but the IPT-223 required a sub £200 price tag to genuinely ruffle feathers.

Verdict
The Lenco IPT-223 is not so much a successor to the impressive IPT-2 as a re-imagining of it with bolstered audio and far greater functionality. It is a dock, DVD player and soundbar all rolled into one and its enhanced 6.1 output is surprisingly impressive. Against this is the dated styling, a slightly weak midrange and a £90 price hike that places it within range of super docks from industry heavyweights. For those making use of all its features the IPT-223 is a fine purchase and something genuinely different, but Lenco is now swimming with sharks.